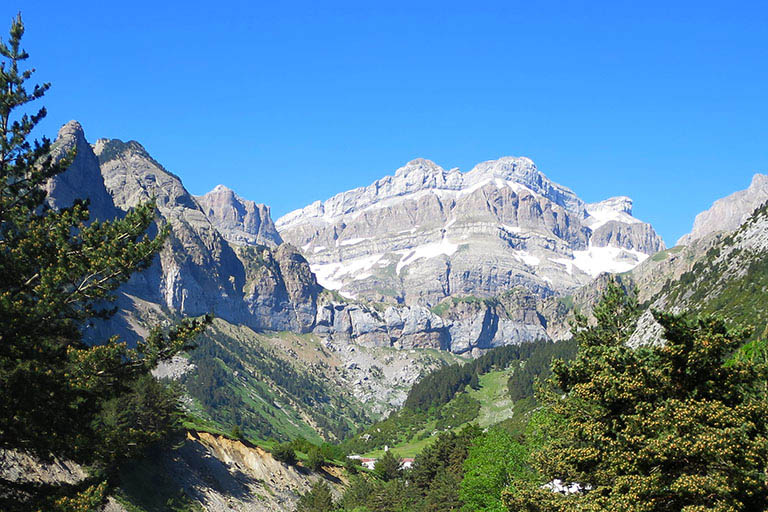 
Difficulty: The route is pretty straightforward. On the climb up to the lakes and around the lakes, markings can be lost in snowy conditions. During the thawing period it may be complicated to cross the river in the Culivillas ravine.

(0h0min; 0 kms) Candanchú (1.536m). You head down the station road until you come to the markings for the Camino de Santiago – which you follow for the next 3 kilometres – just before a big bend. You leave behind the last apartment blocks and come to a small road that crosses the river Aragón and leads to the main road. Turn left, cross the road and follow a wide path towards a small hill top, leaving to your right a telecommunications aerial. Walk down the path to Anglasé house, where you will join a path that comes from the road and heads towards Canal Roya.

(0h45min; 2.6 kms) Chimenea del Anglasé (1.380m). These are the ruins of an old copper and iron foundry that operated in the 18th and 19th centuries. In 3 minutes you pass the crossing, where to the right the Camino de Santiago and the variant of the GR11 via canal de Izas separate. Walk on until you reach the Fuente del Cerezo (15'), then leave the track (3') for a path on the right and cross the river via a small footbridge. You now head up the valley on the left-hand side.

(1h50min; 5.9 kms) Refugio de Lacuars o de Canal Roya (1.565m). The condition of this shelter constantly gets poorer and poorer. Keep walking up the valley, following a series of pine woods, until they give way to open fields. You will then have reached...

(3h05min; 9.4 kms) Plano de La Rinconada (1.870m), an idyllic grassland – the backdrop of a glacial cirque – at the foot of the imposing Pico de Anayet. The path winds to the right of a waterfall in search of more suitable ground on the way up to the lakes, until it eventually reaches the upland valley which opens out to the right. The path now heads to the left (se) in search of the...

(4h00min; 11.5 kms) Anayet Lakes (2.225m). Cross the grassy plain – waterlogged – until you reach the other side of the lake where the Culivillas Ravine opens out. The path, well-marked, rapidly descends and frequently crosses the stream that keeps you company (there is no need to cross it the first time).

(5h10min; 15.1 kms) Ski Resort - Zona Anayet (1.750m). A road, which is closed to traffic outside of skiing season, reaches this sizeable car park. You follow it as far as road A-136 (2 kilometres; you can avoid the first 350m by taking the skiing piste to the left). Once you reach the A-136 - puerto del Portalet road – continue right (descent, 3 kilometres) until you come to the Formigal junction (roundabout). Head up towards Formigal and go straight ahead/right at the next roundabout, leaving the village on the left.

(6h20min; 20.3 kms) Formigal (1.513m). About 300m after the roundabout, there is a path on the right (it frequently crosses the Formigal-Sallent de Gállego road) that leads you without difficulty to...

4 kms from Candanchú - between Canal Roya and Canal de Izas- and 700m from the main GR11 route we recommend Hotel Santa Cristina (//). It has a spa, restaurant and a bar where breakfast is served. This is the best option if you opt for the old stretch of the Canal de Izas. If you take the Canal Roya option, subtract 30mins from the stage time.

In Formigal there are a number of hotels and apartments, at a range of prices. Among the cheapest options: Hotel Villa de Sallent y Hotel Nievesol.

In Sallent de Gállego there is a wide choice of accommodation. We recommend Hostal Centro (//) which also has its own restaurant. 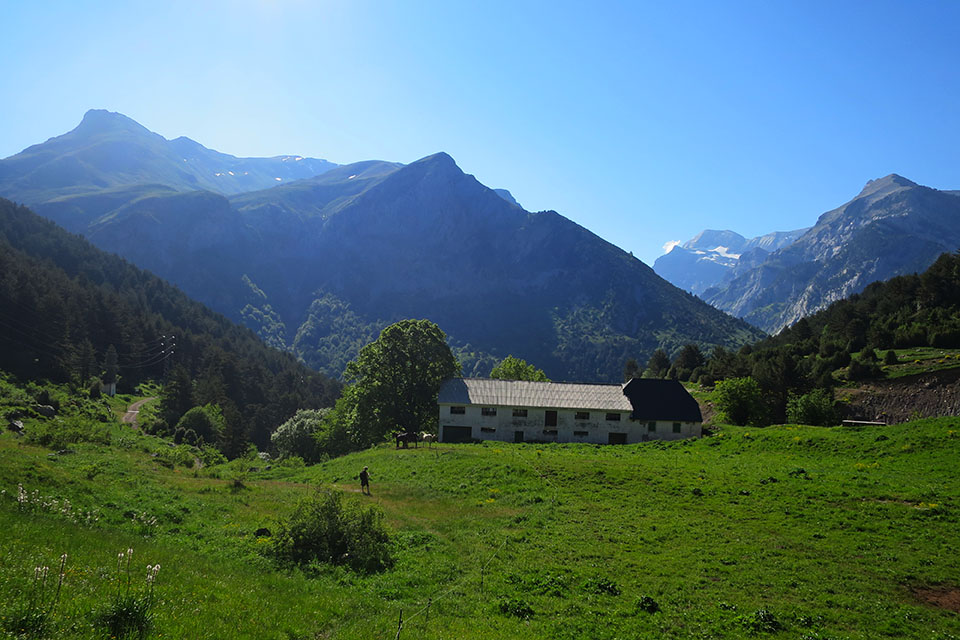 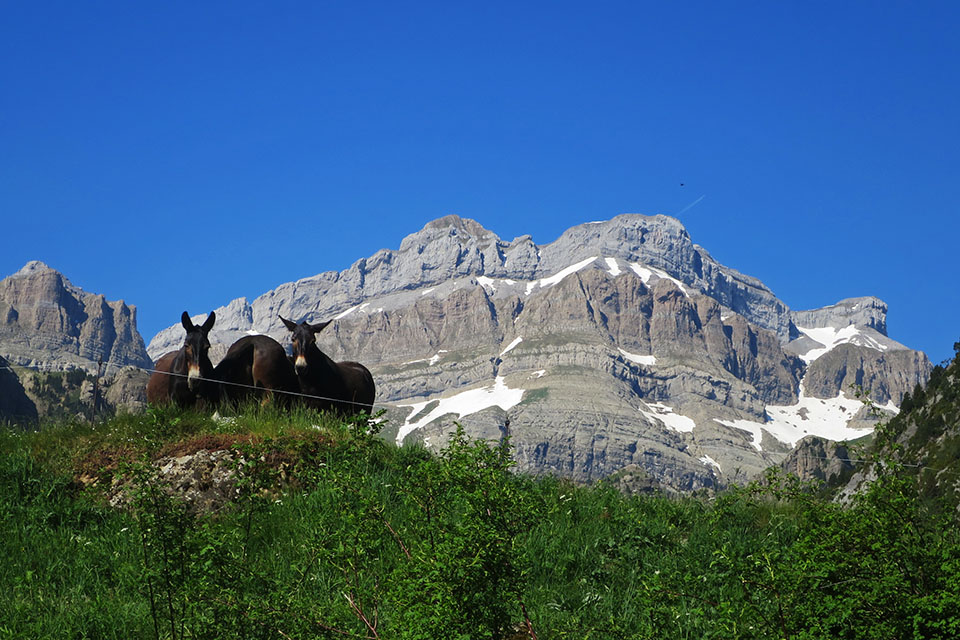 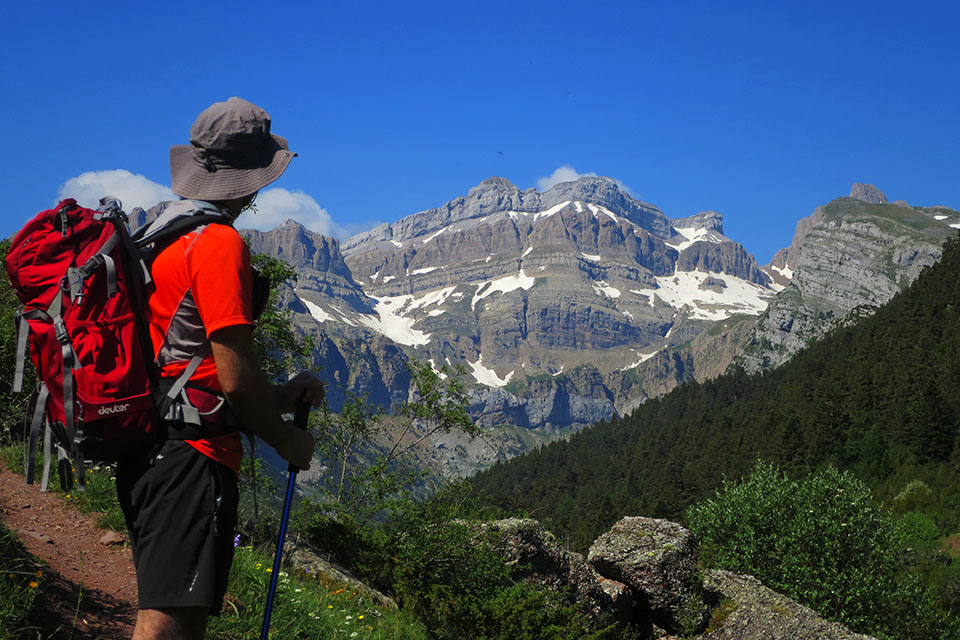 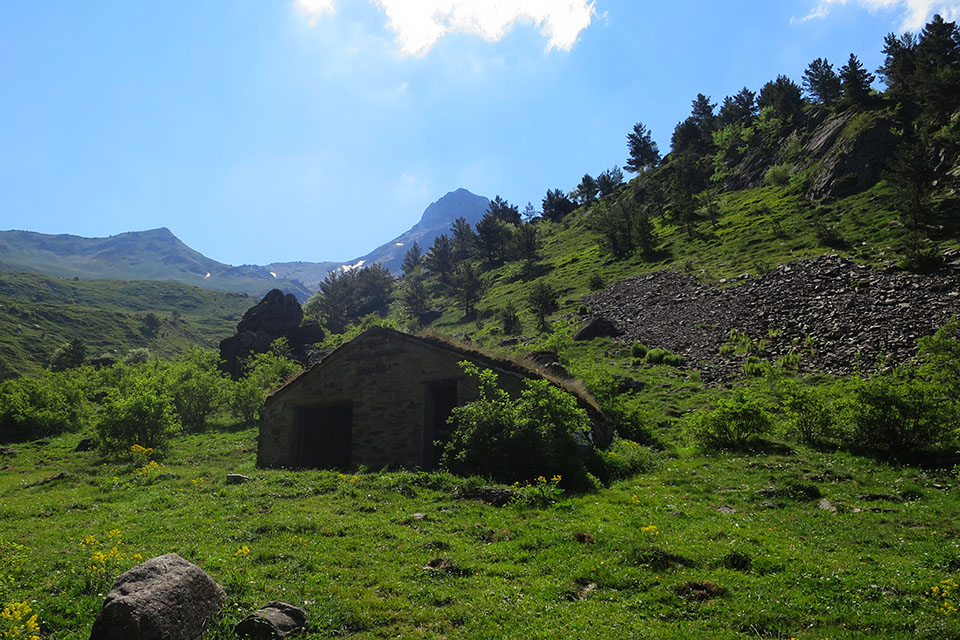 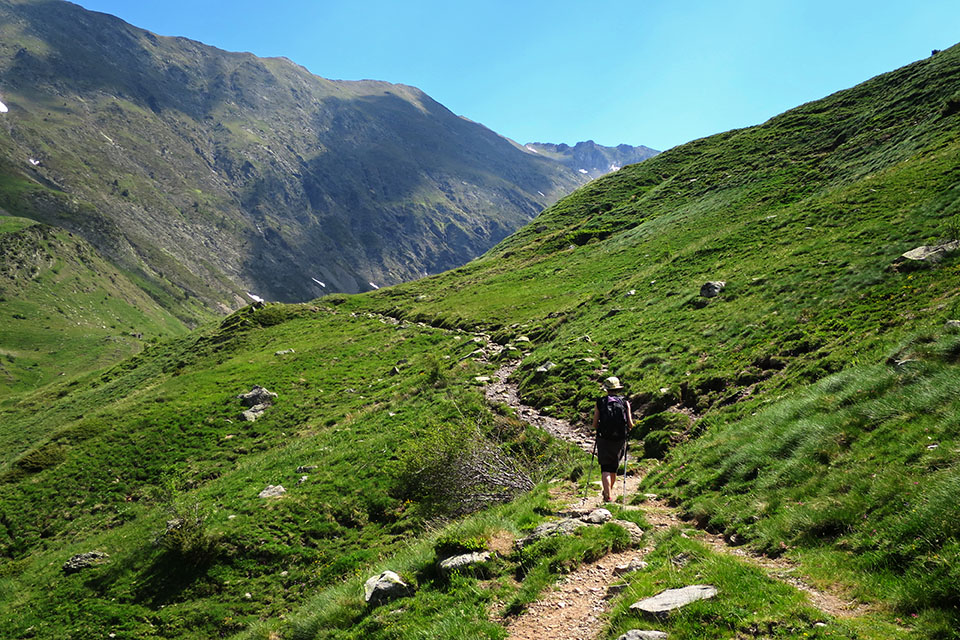 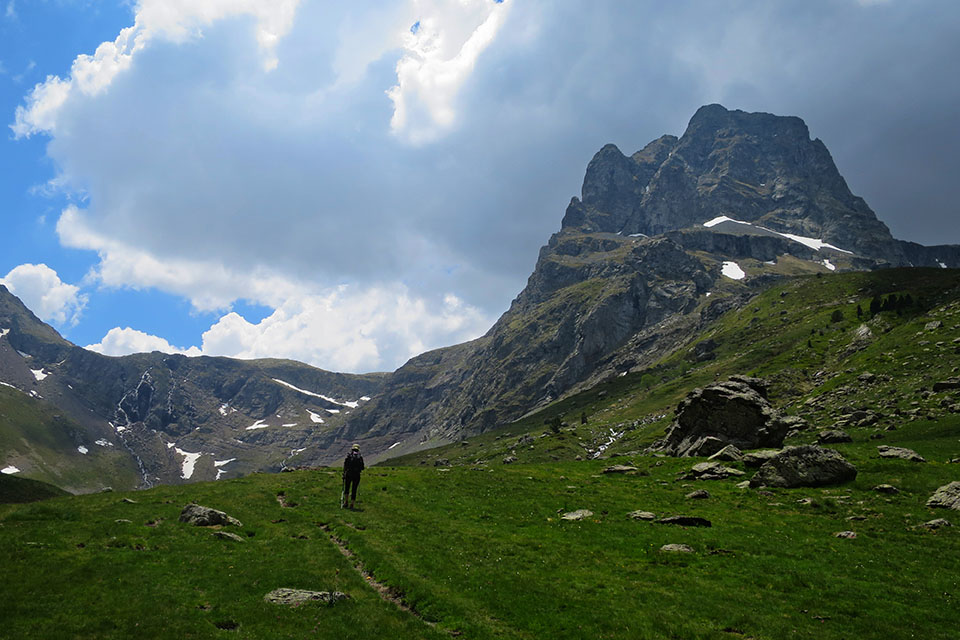 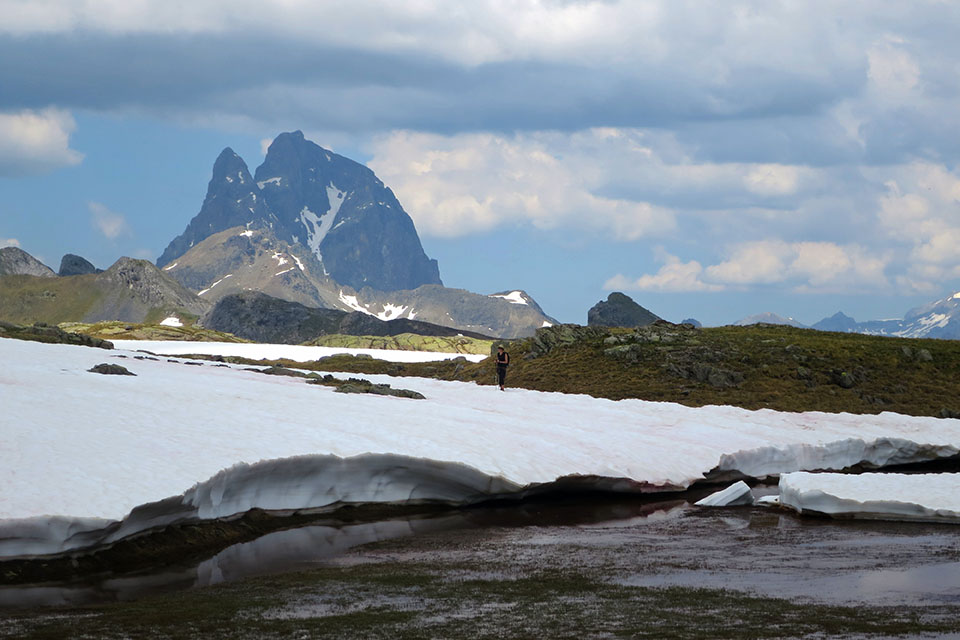 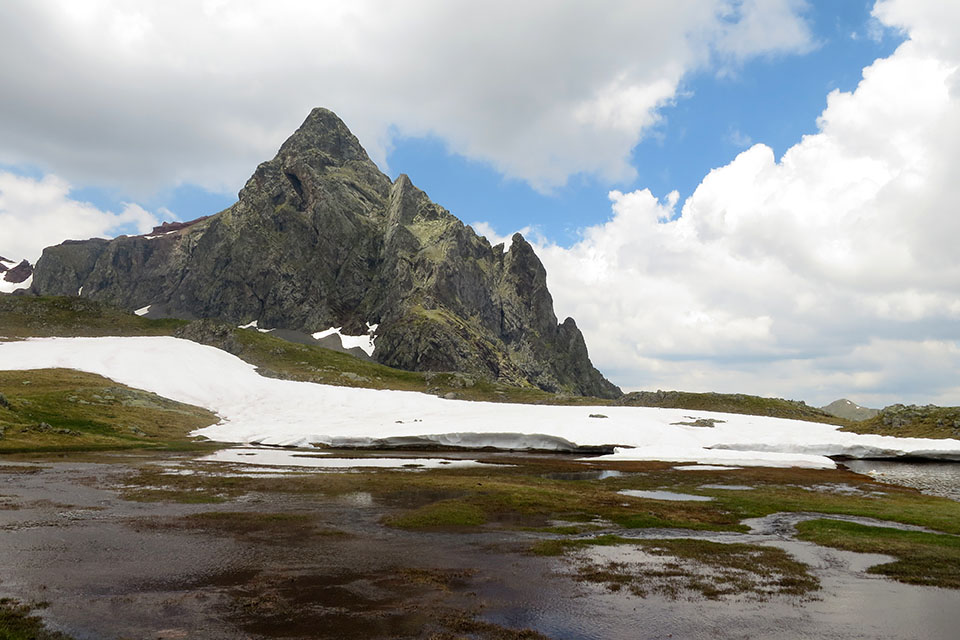 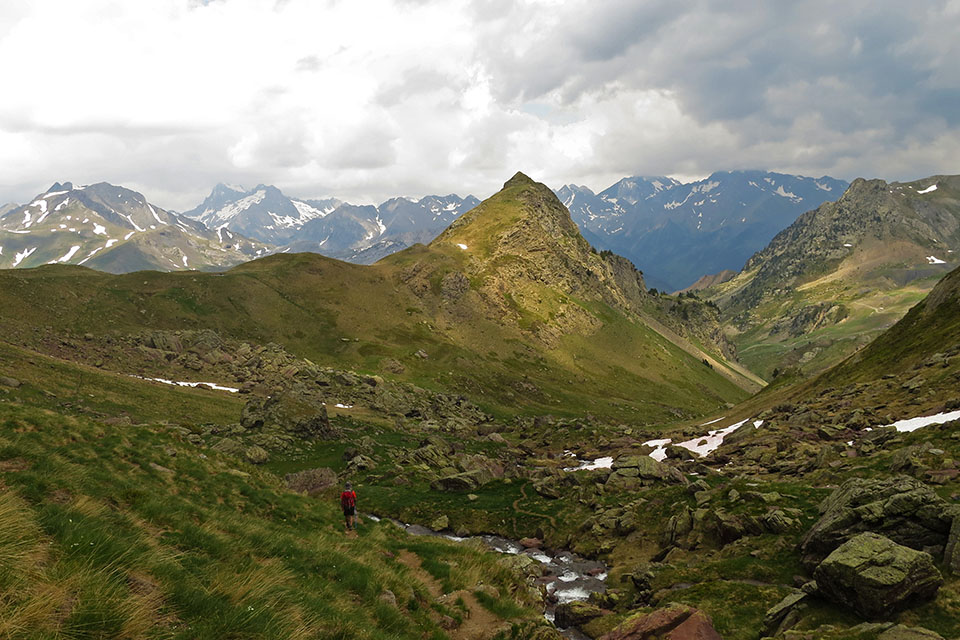 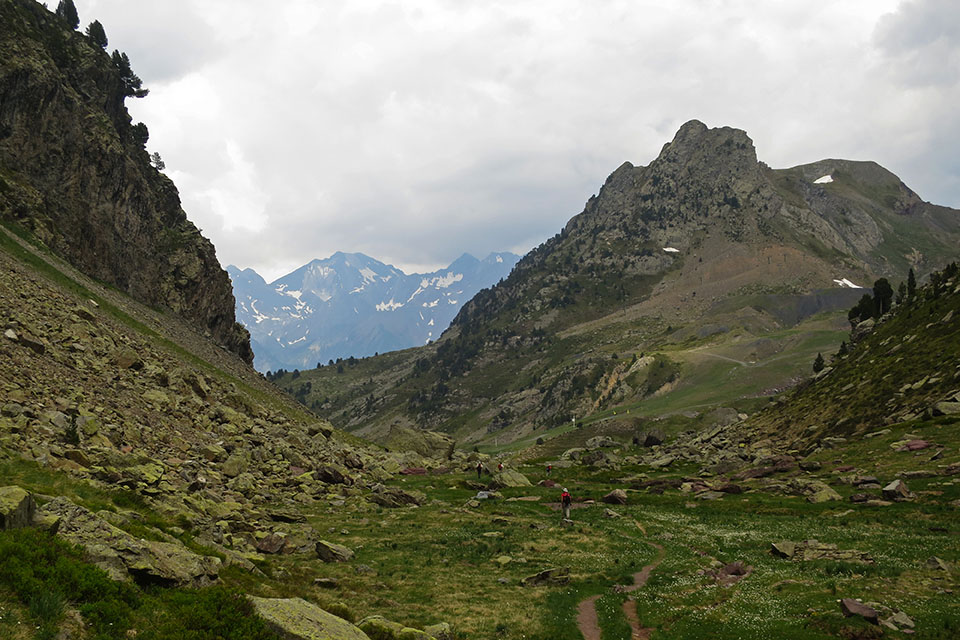 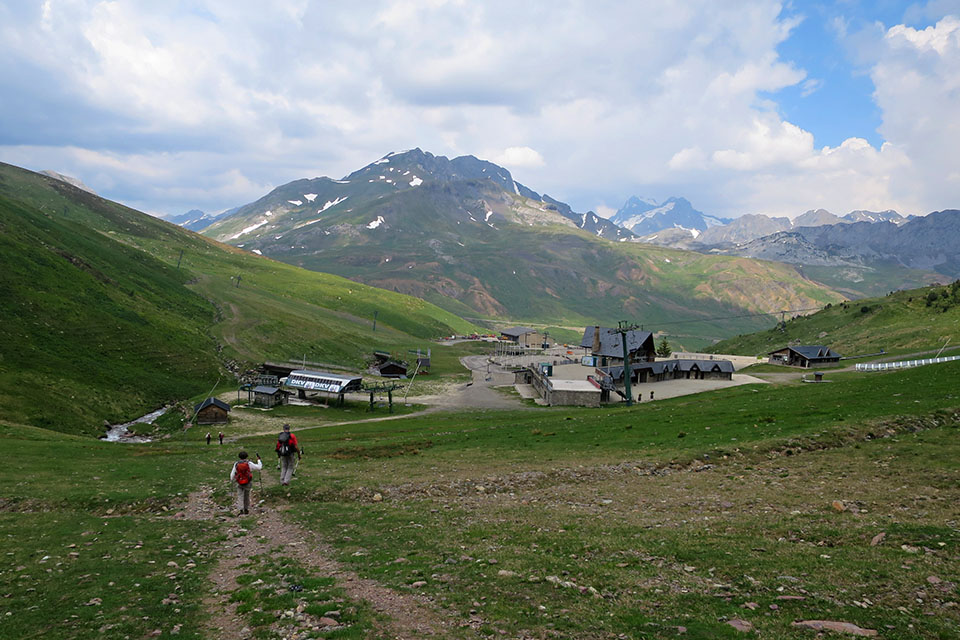 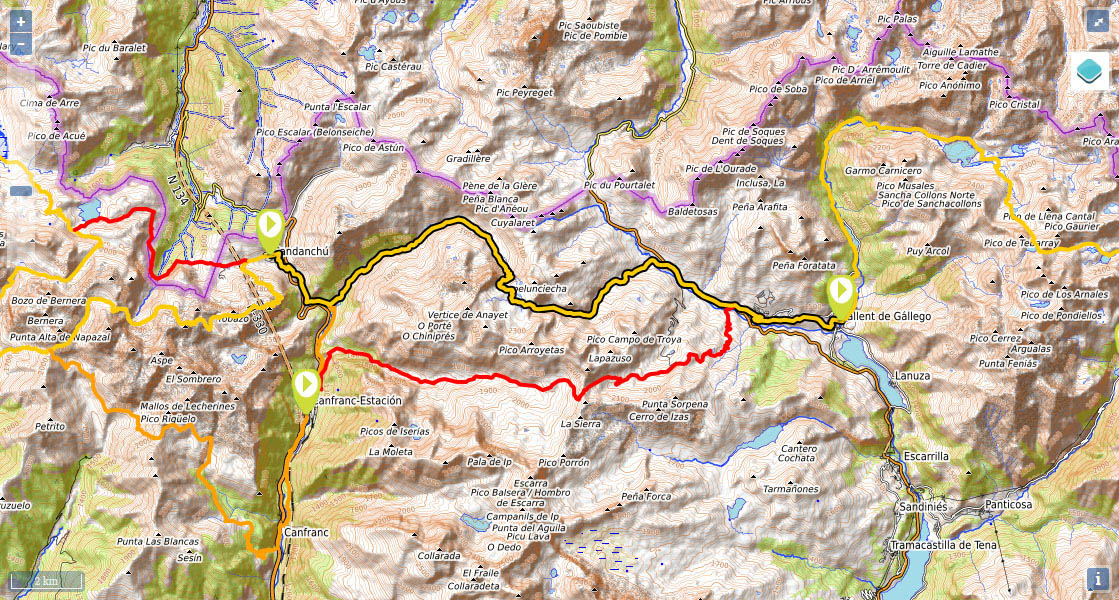 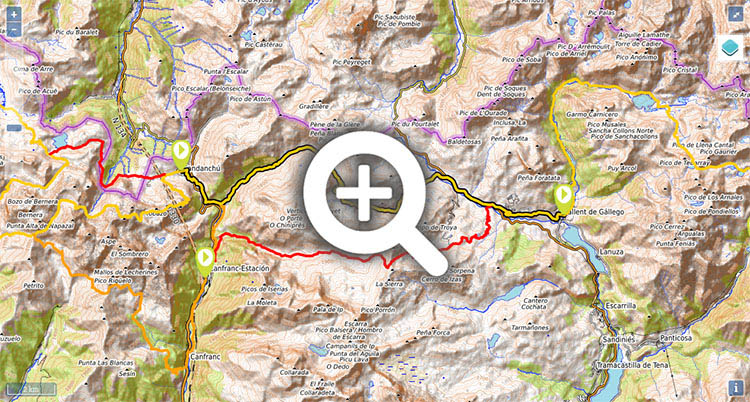