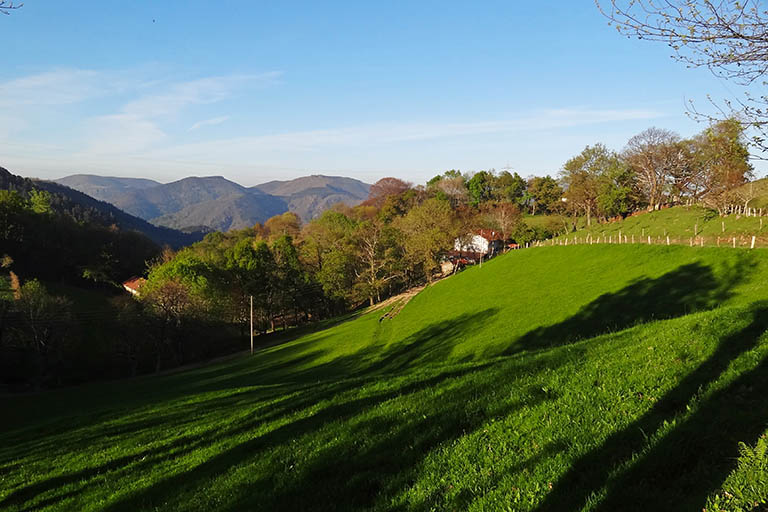 Distance/elevation: 31,6 km / (+830 m), (-780 m)
Time: 7h30min (walking time without stops).
Difficulty: this is a long stage. The route is well marked from Irún and the paths are in good condition. There are sections of hard track, dirt track and pathways.
Agua: Throughout the stage you will find several water fountains which we will indicate in the text, as well as streams, water deposits, etc.
Route/Itinerary:

We set the starting point of the stage at cabo de Higuer. To see how to cross Hondarribia and Irún in detail, see the prologue.

(0h0min; 0kms) Cabo Higuer (30m). From Higuer you head towards Hondarribia, cross it and continue towards Irún. Once in Irún, walk up paseo de Colón, past the Town Hall square and onto calle Alzukaitz. At the end of this street, just before crossing a stream regato (river Altxuko), take the path towards San Marcial. First sign of red and white markings.

(2h15min; 9,2 kms) End of Irún. Follow the pedestrian promenade, then cross over the stream and below the AP8 motorway. Keep right, then soon after take a concrete track which rises steeply on the left. While climbing, a couple of times the track meets the road rising to...

(2h45min; 10,8 kms) Chapel of San Marcial (205m). In this area, as well as the chapel, you will find a bar, a picnic area and a couple of drinking fountains. The climb continues, first along a track, then along a path. Along the route, you will pass the Saroiaberri farmhouse – highly decorated, with a pretty garden presided over by a large Olentzero figure (who brings gifts at Christmas) – and soon afterwards a sign will welcome you to the Aiako Harria Natural Park. Keep climbing the path to the...

It is a boundary stone onto which the following inscription is engraved: “From this point, desertion carries a life sentence”. This warning, about the consequences of abandoning the ranks, was aimed at the soldiers who in the 18th Century were posted here, in case of a French invasion.

A road fron Irún leads to this part of the Peñas de Aia Natural Park. It is quite a popular spot, there are picnic areas nearby and a number of barbecue grills, although the only fountain we came across is “unsuitable for consumption”. The GR11 continues for approximately 1 km alongside the road, sharing the way with the GR121 (Tour of Guipúzcoa) as far as Ursain col, where it turns left and splits from it. The walk continues downhill along a comfortable path, in search of the...

(5h00min; 21,6 kms) Endara reservoir dam (250m). You cross the road over the dam and keep going for another 500 metres until you reach the chapel of San Antón on your right (drinking fountain). On the other side of the road, next to the farmstead of Olaberri (bar-restaurant) begins the steep climb that the GR11 follows. In just a few minutes you reach the...

(5h30min; 23,1 kms) Tellería or San Antón col (415m) which you cross via a paved track. At the junction you fork right, soon afterwards leaving Tellería farmhouse on the left and further on, some 700m from the col, you cross a track and go straight ahead. This stretch of the way, with continuous ups and downs, passes woodland, meadows and farmhouses. Continue along this path for another 700m, passing a number of farmhouses on the left-hand side, until you take another path on the left, which leads to Gardelsoro farmhouse, where there’s a drinking trough for animals. Follow a track that comes up to the farmhouse, until another main track appears. The GR11 veers right on this new track, then immediately leaves it to follow a path that turns off to the left. You join a path that takes a horizontal route half-way up Illasmendi hill (505m). You pass below a high-tension wire and when you begin to walk downhill and the path enters the woods, you come across a small fountain. Keep going downhill as far as the...

(6h30min; 26,8 kms) Alaseta/Alasta col, or Amargún col (330m) in most maps. Crisscrossed by the high-tension wire you crossed earlier, the path divides next to some pine woods and a water deposit built to look like a farmhouse. If you go ahead you go to Bera and if you fork right you drop down to Lesaka following the variant GR11.3. In this case you will keep left. After about 600m you come to a somewhat confusing multiple junction due to tree felling (on some maps it appears as Amargún col). Go straight on, in an uphill direction, ignoring a path that heads downhill to the left, then shortly after it, take the next turning. From now on the markings will lead you on a clear downhill route to the end of this long stage in...

(7h30min; 31,6 kms) Bera (35m), which you reach after crossing San Miguel bridge, made famous by the clash, on 1 September 1813, between Napoleonic and English troops in times of the Napoleonic Wars.

In Irún we recommend Hotel ETH Irún (//) (very comfortable, an eco-building, with a restaurant. It is situated close to the border, next to the AP-8 motorway) and Pensión Gema (//) (affordable and close to the railway station and GR11).

In Hondarribia, Irún and Bera you can find all kinds of services, food and sports shops, bars and restaurants.

Hondarribia and Irún:
City buses from San Sebastian/Donostia:
ekialdebus.net
To get there by bus from anywhere:
www.donostiasansebastian.com/autobuses
To get there by train consult routes and times at:
Renfe, Renfe cercanías, euskotren o SNCF (from France).
By plane, there are regular flights from Madrid and Barcelona to Hondarribia airport, and from Biarritz (28kms) you have a wide choice of international flights.

To get to Bera (connections with Pamplona, Irún and San Sebastian by bus), bus companies La Baztanesa (/) and La Burundesa (/).

Other routes and ascents of interest:

An absolute must-do is the ascent to the Peñas de Aia. Of the most popular walks we would highlight the GR121 (Tour of Guipúzcoa), the PR-GI-20 (Tour of the Peñas de Aia) or the Bidasoa Railway Trail (especially for cyclists). 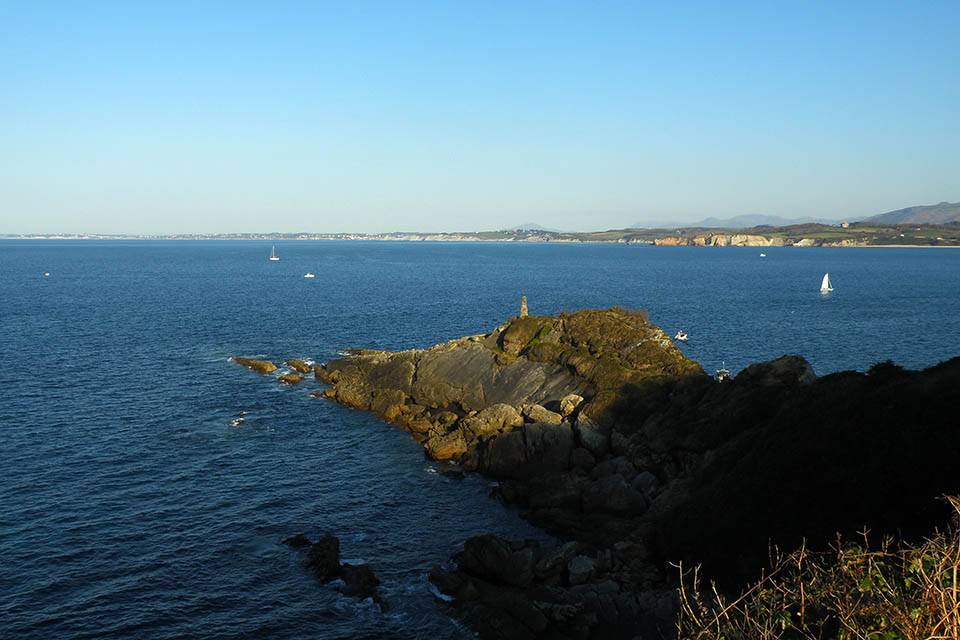 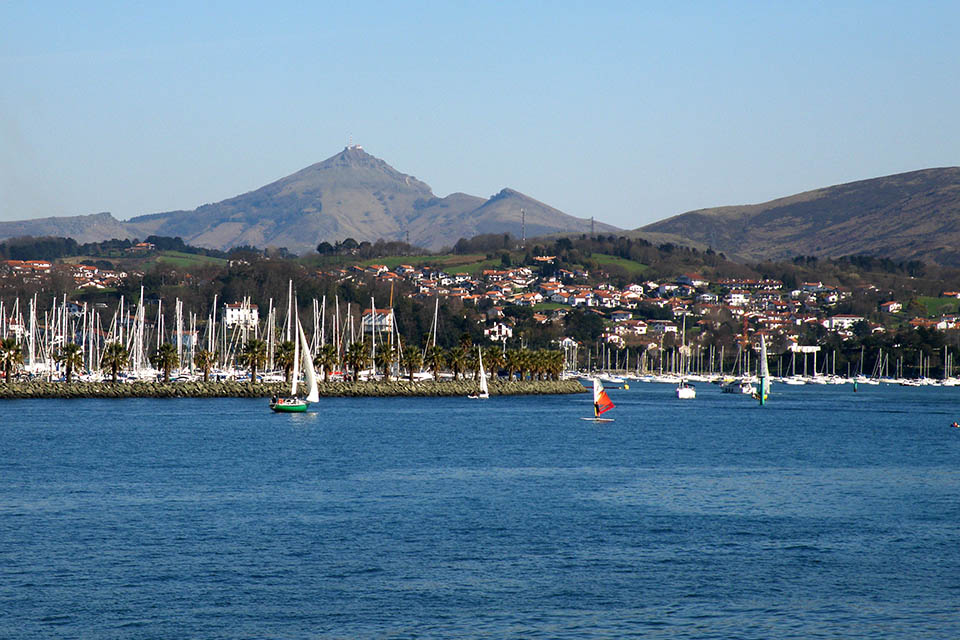 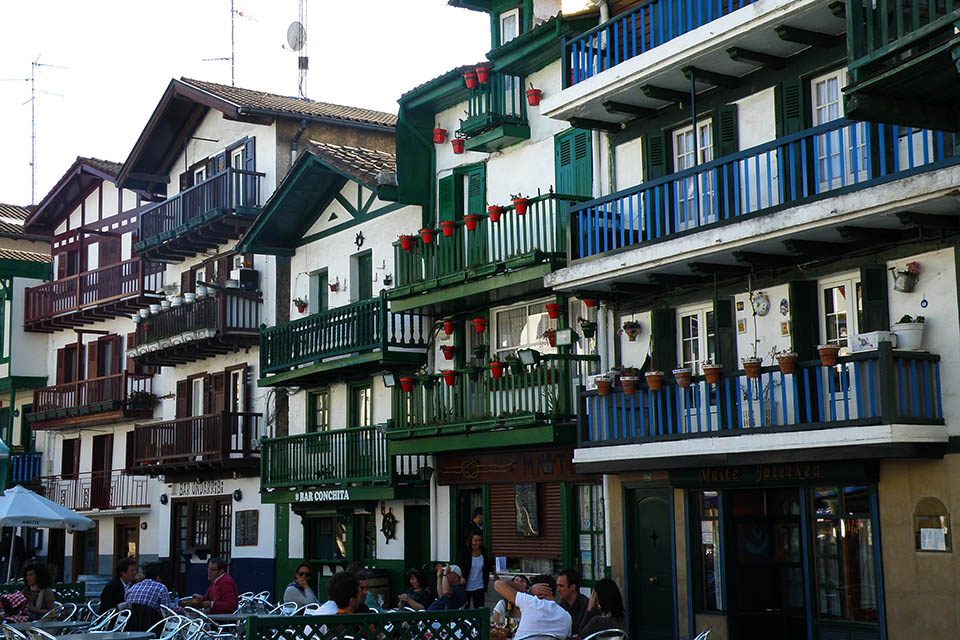 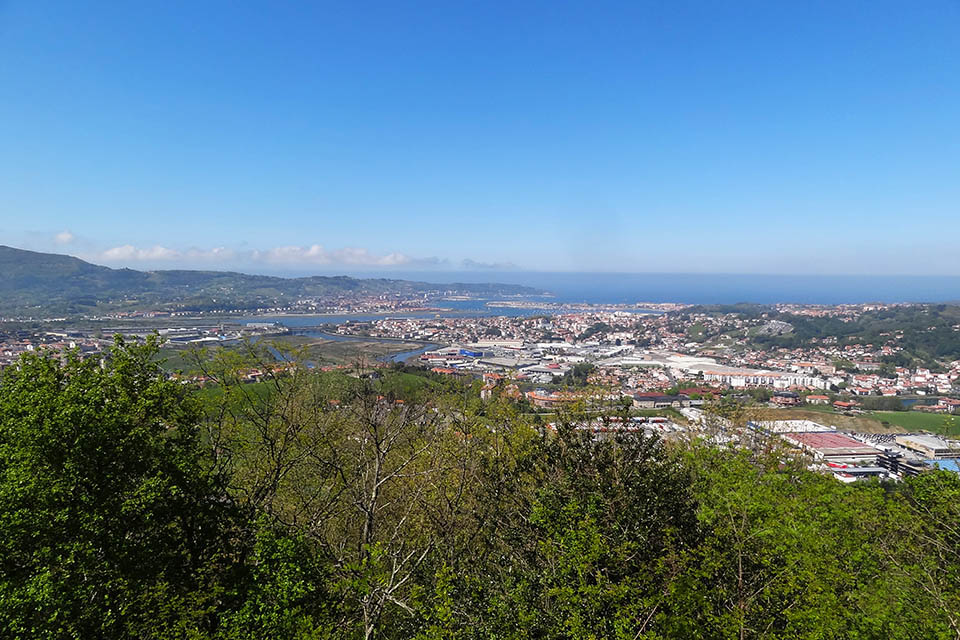 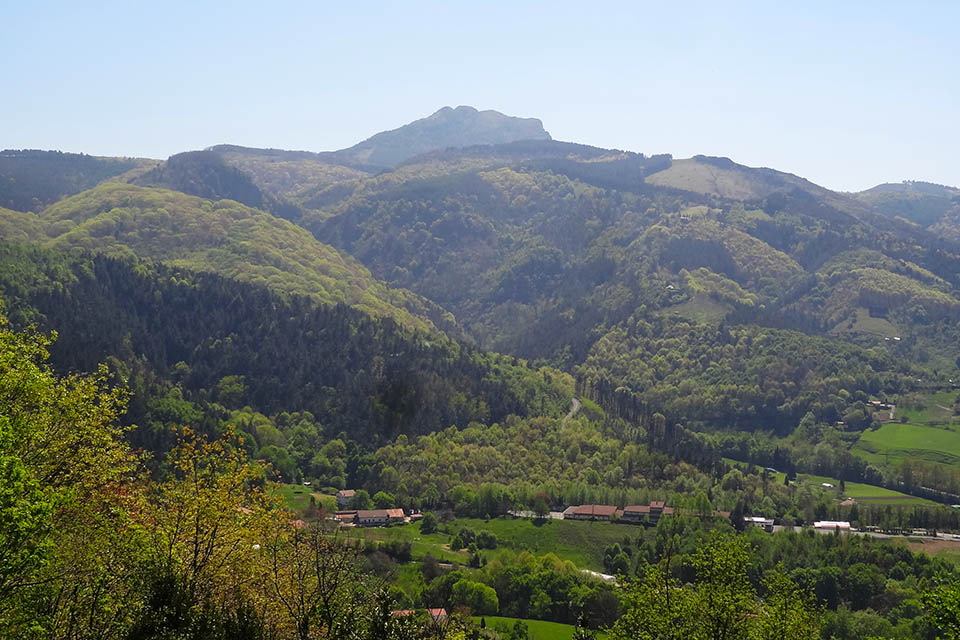 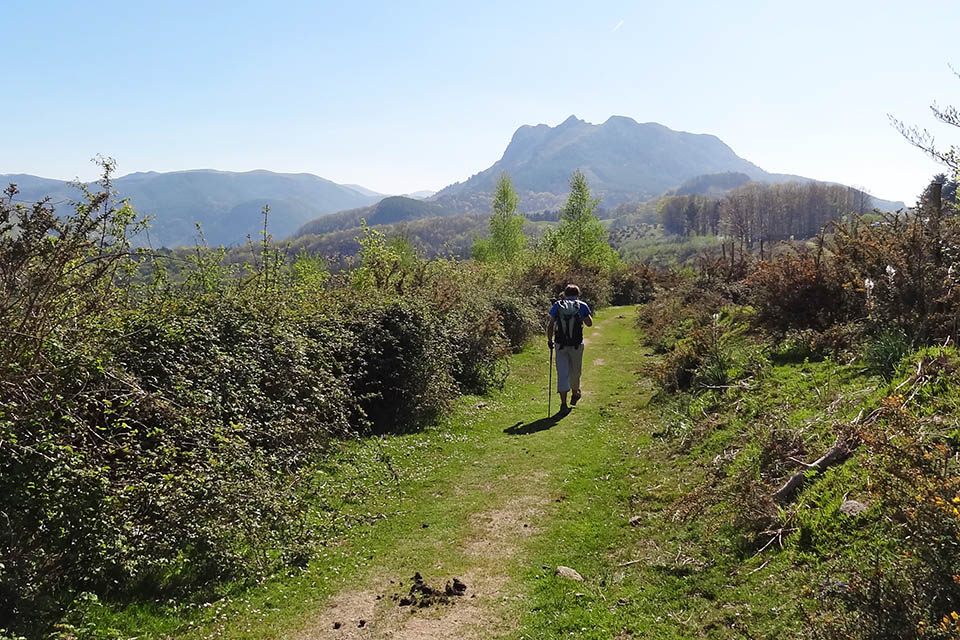 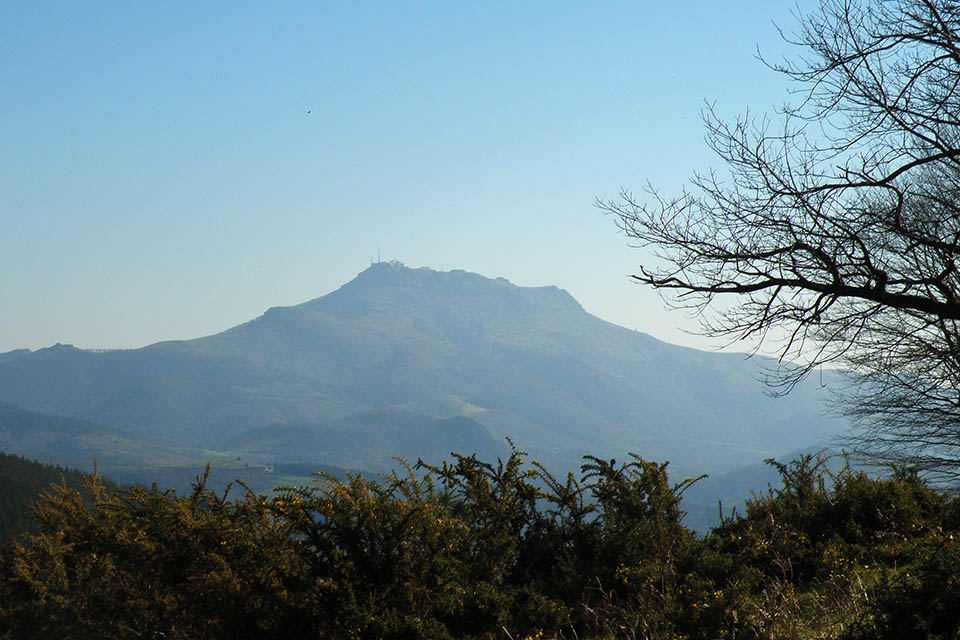 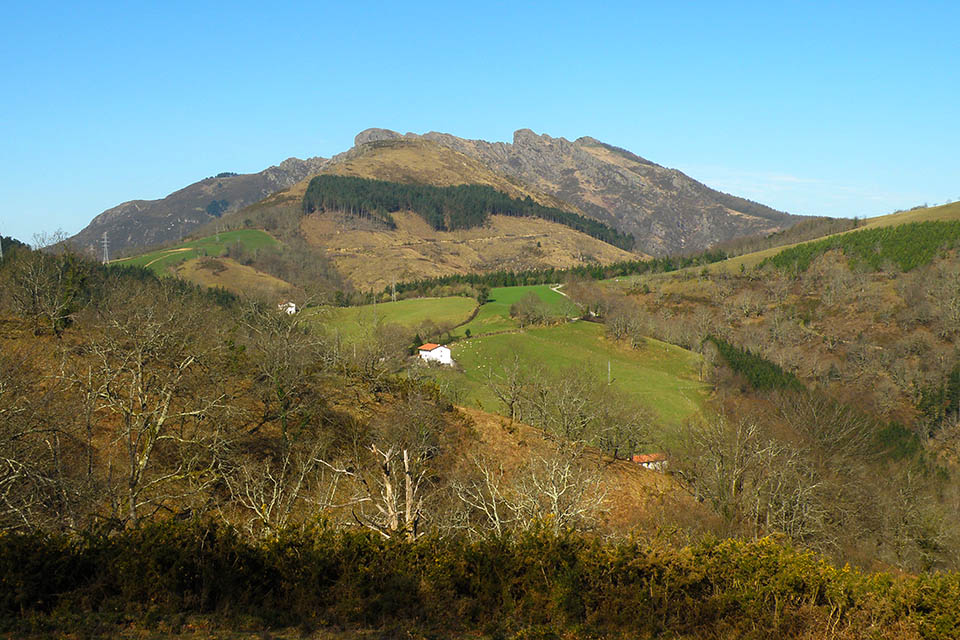 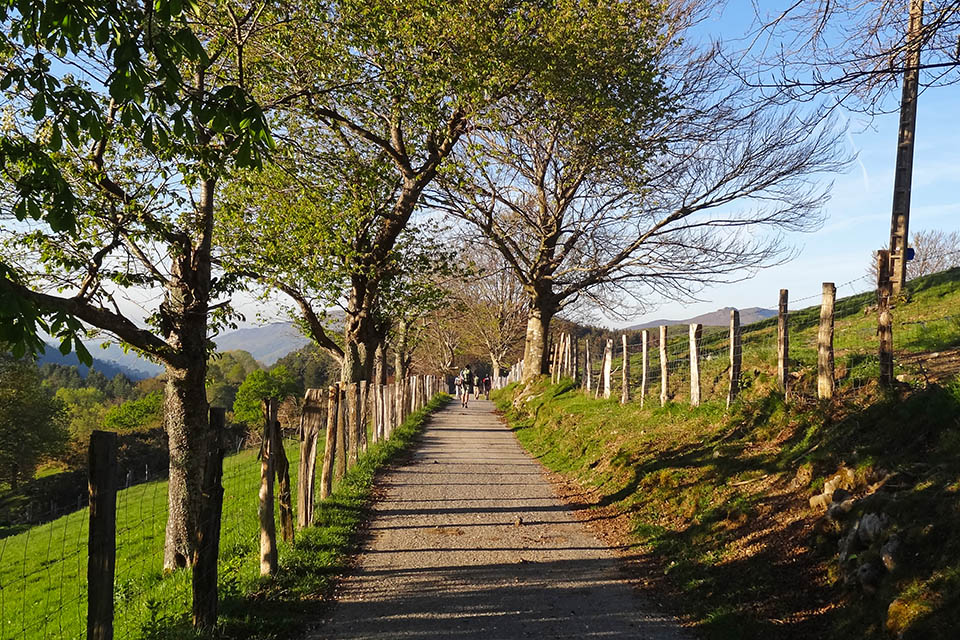 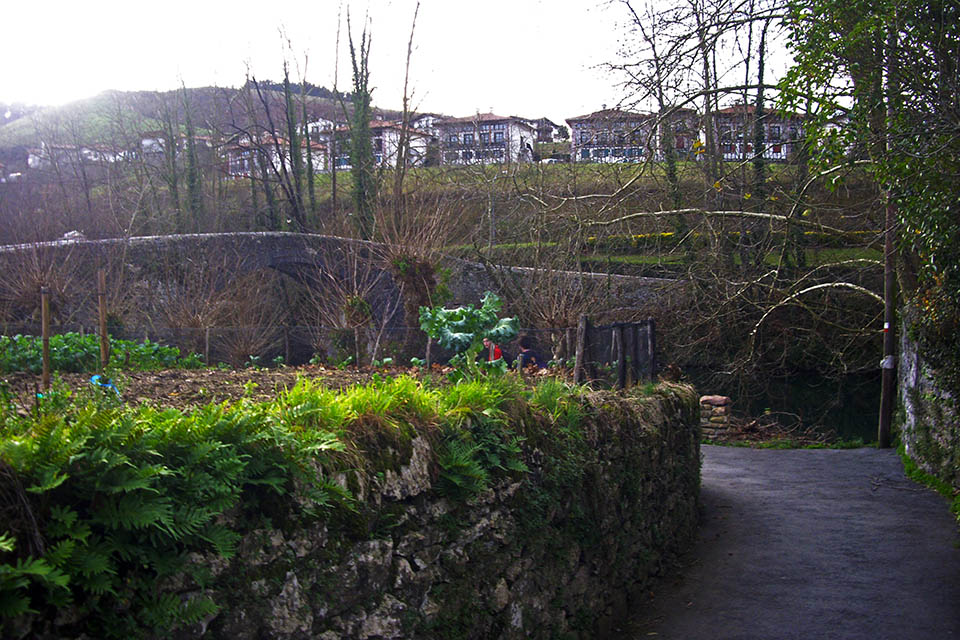 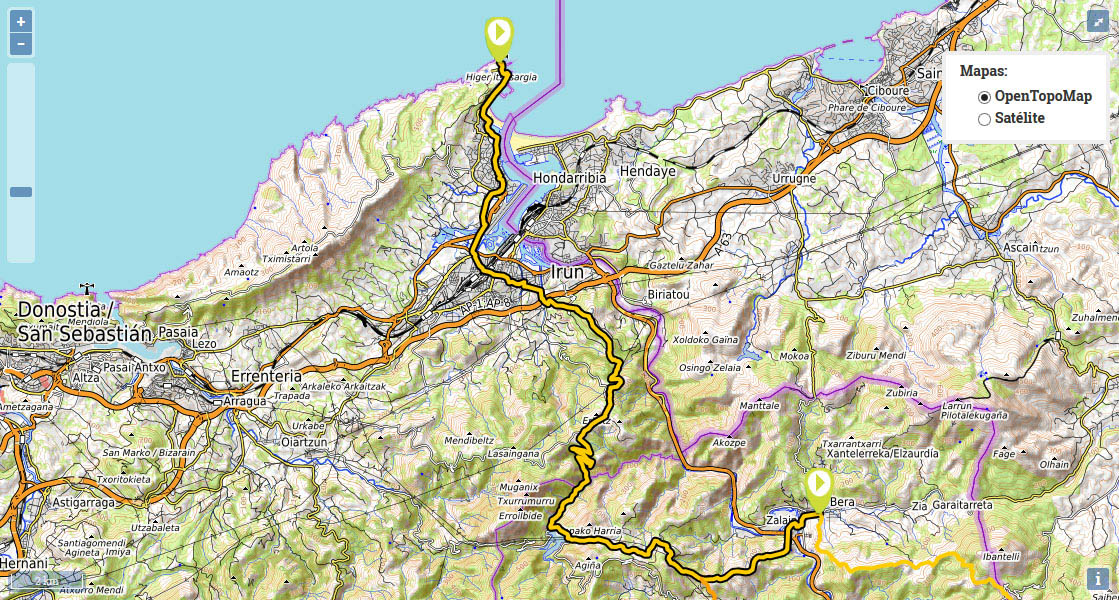 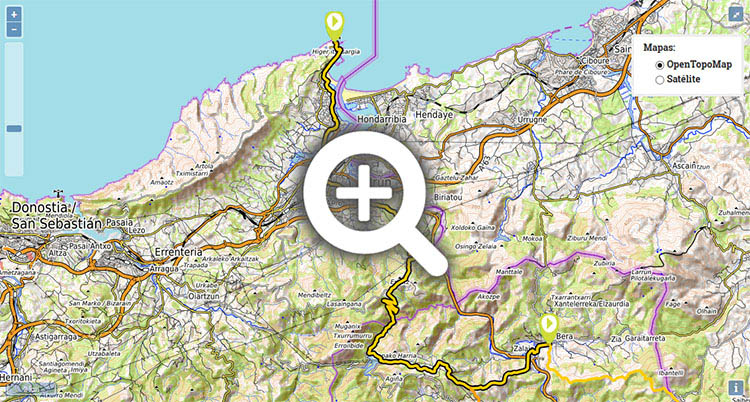