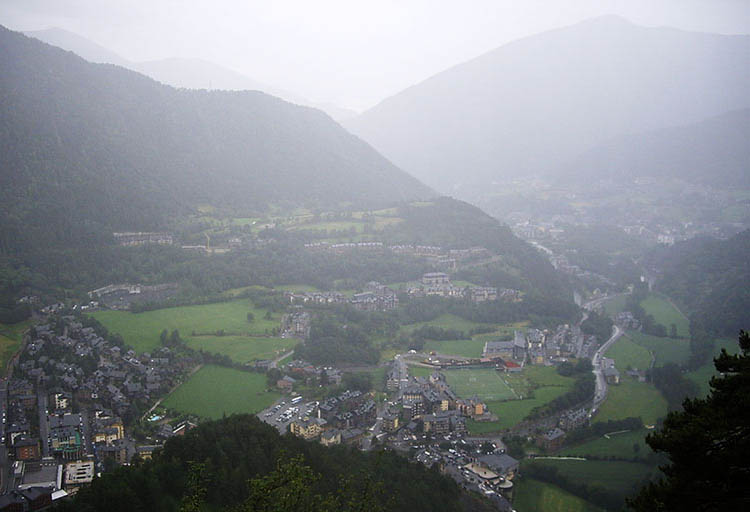 Distance/elevation: 15,1 kms / (+1.050),(-1.150)
Time: 5h15min (walking time without stops).
Difficulty: the ascent to and descent from Coll d'Ordino is long.
Water: at around the half-way point you will find the Fonta de la Navina drinking fountain.

(0h0min;0km) Arans (1370m). Cross the road and leave Arans in a westerly direction along the Carrer de la Font road. Cross Pont d'Arans bridge over the river Valira del Nord and take a right turn at the crossing, following the path running parallel to the river. Shortly before arriving at La Cortinada, the GR11 crosses the river again and comes out at the road, which you follow for 300m until you reach a bridge in...

(0h15min; 1.1kms) La Cortinada (1350m). You cross over the river again, where there is a drinking fountain on the left, and carry on ahead along the Camí Vell, a narrow lane lined with stone houses. After 80m the street veers first right, then left, until it rejoins the river by the Pont del Vilar bridge. The GR11 heads to the left and up the Carrer de la Sola, leaving La Cortinada behind. Further ahead, the path heads into the woods, where it gets steeper, to tackle a 150m climb that ends at the Collet de les Planes - Solana del Saltader, an open grassland with magnificent views over the Valira del Nord valley. You follow the hillside path, without gaining height, pass the Riu de Sornàs, then climb through the Becet forest. The path then begins to head downhill across rough terrain until it comes to a track that leads down to Ordino. You follow it for 1 kilometre.

(2h05min; 6.6kms) Crossing to Ordino (1380m). Following indications on a wooden signpost, continue towards coll d'Ordino. The day’s longest stretch of climbing starts here. Leave the track, and follow a path heading up to the left, through the Riu de les Aubes valley. After 15 minutes you come to a track which you leave soon afterwards to take another path. You pass some farm buildings and come to a picnic area by a rainwater pool where you will see a track. Follow it in a westerly direction for about 200m until you see an uphill path on the left. At around 1,790m altitude you will come to one of the hairpin bends of the road that winds up to Coll d'Ordino, where you will see a picnic area and a drinking fountain (Fonta de la Navina). Carry on up the steep path until you reach another path on the left, which you follow up to...

(3h35min; 10.5kms) Coll d'Ordino (1973m). The GR11 crosses the road and follows a reasonably flat section of open land. It then heads into a pine forest and continues south for a few minutes until you commence the definitive descent to Encamp. Just before reaching Encamp (you will see it for most of the downhill section) you take a path that leads to the Romanesque chapel of Sant Romà de les Bons.

At the beginning of the stage, in La Cortinada (1km from Arans) you have the Hotel Mu and the Hotel Sucara.

During the stage, following a diversion less than 1km from Ordino, you have a choice of accommodation: Hotel La Planada , Hotel Ordino , etc.

At the end of the stage, in Encamp,there is plenty of accommodation on offer. Close to the centre, and for a reasonable price, you have Hotel París or Hotel Guillem.

In Encamp you will find practically everything. A post office, a chemist’s, sports shops, a health clinic, banks, bars and restaurants, etc.

One option is to take the bus route Puigcerdà-La Seu d’Urgell–Lleida (Alsa ()). There is also a daily transport service between La Seu d'Urgell and Andorra (Grup Montmantell ()). From Monday to Saturday it runs 28 times a day, and on Sundays, 10. There are regular bus routes from Andorra la Vella: Movilitat i Transport Públic: L6 Andorra la Vella-Ordino and L2 Andorra la Vella-Encamp.

The Refugios de Andorra passport certifies that you have completed a GR route in Andorra and you get a gift to go with the certified diploma (visitandorra.com). 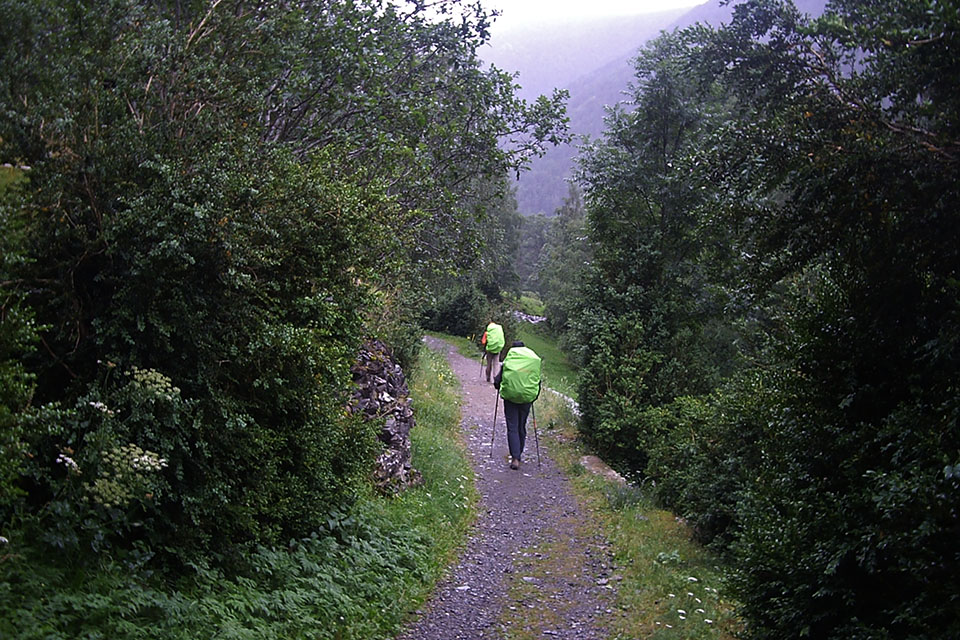 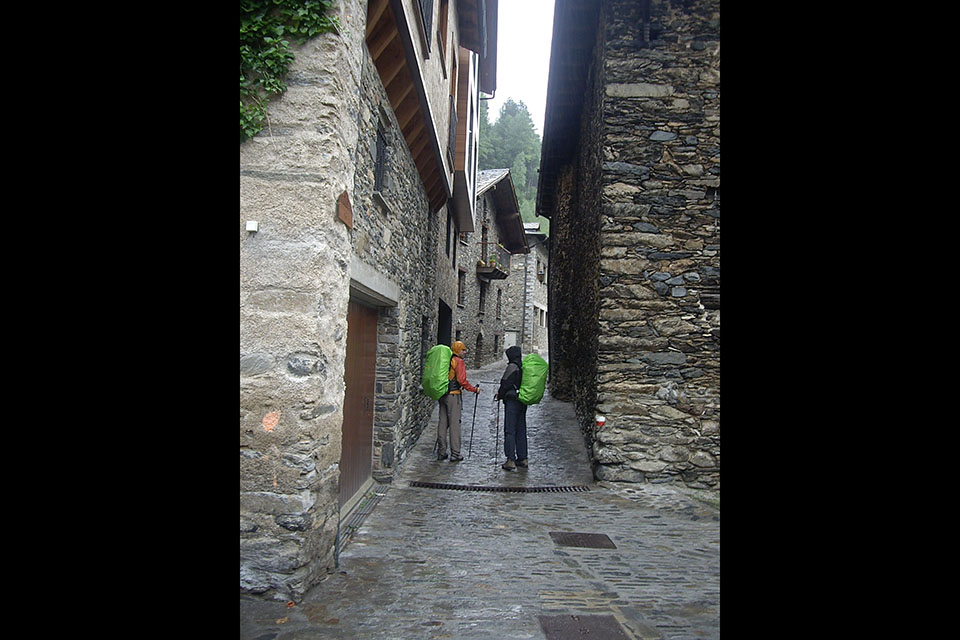 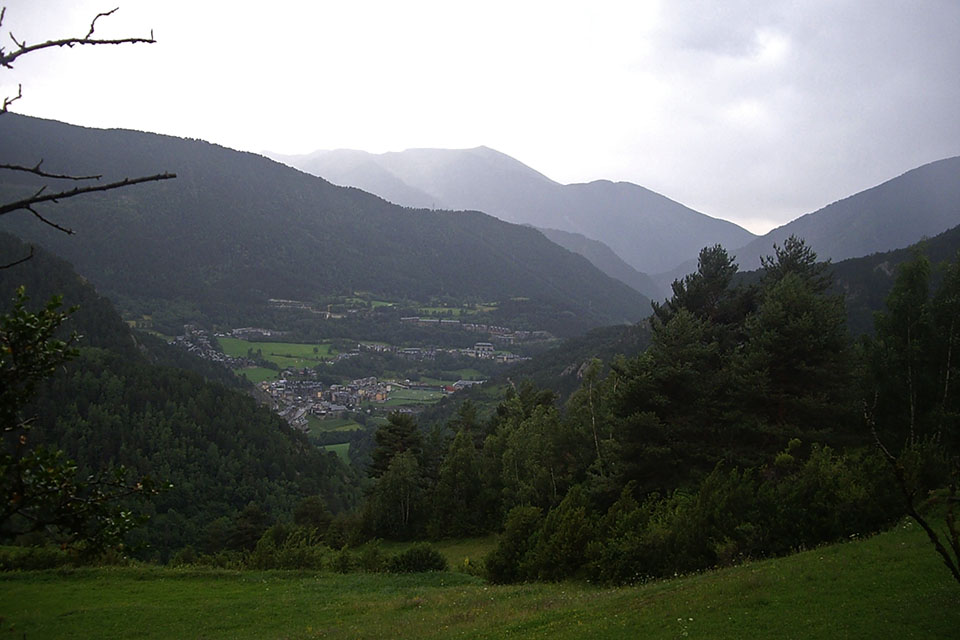 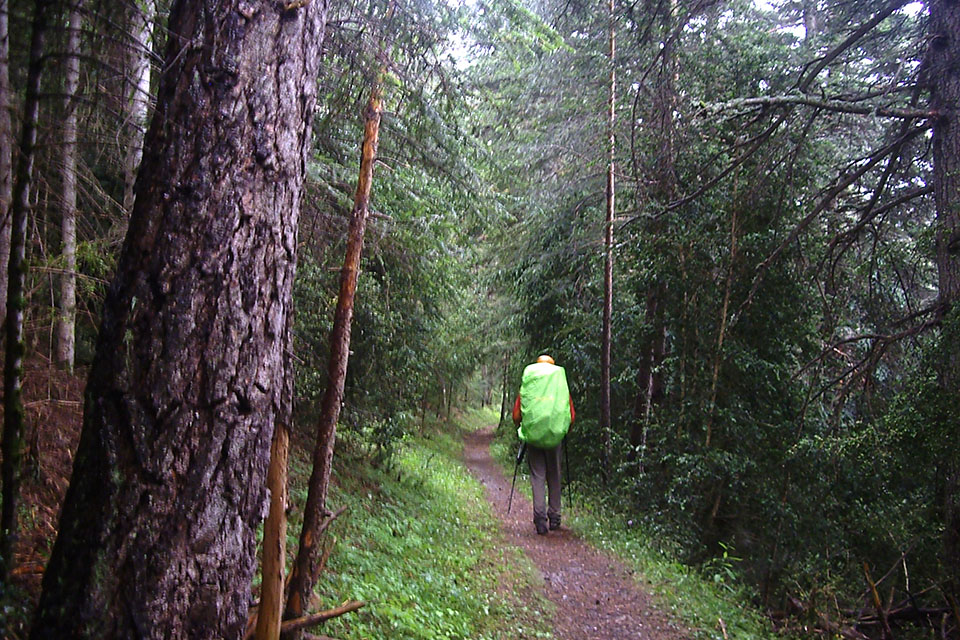 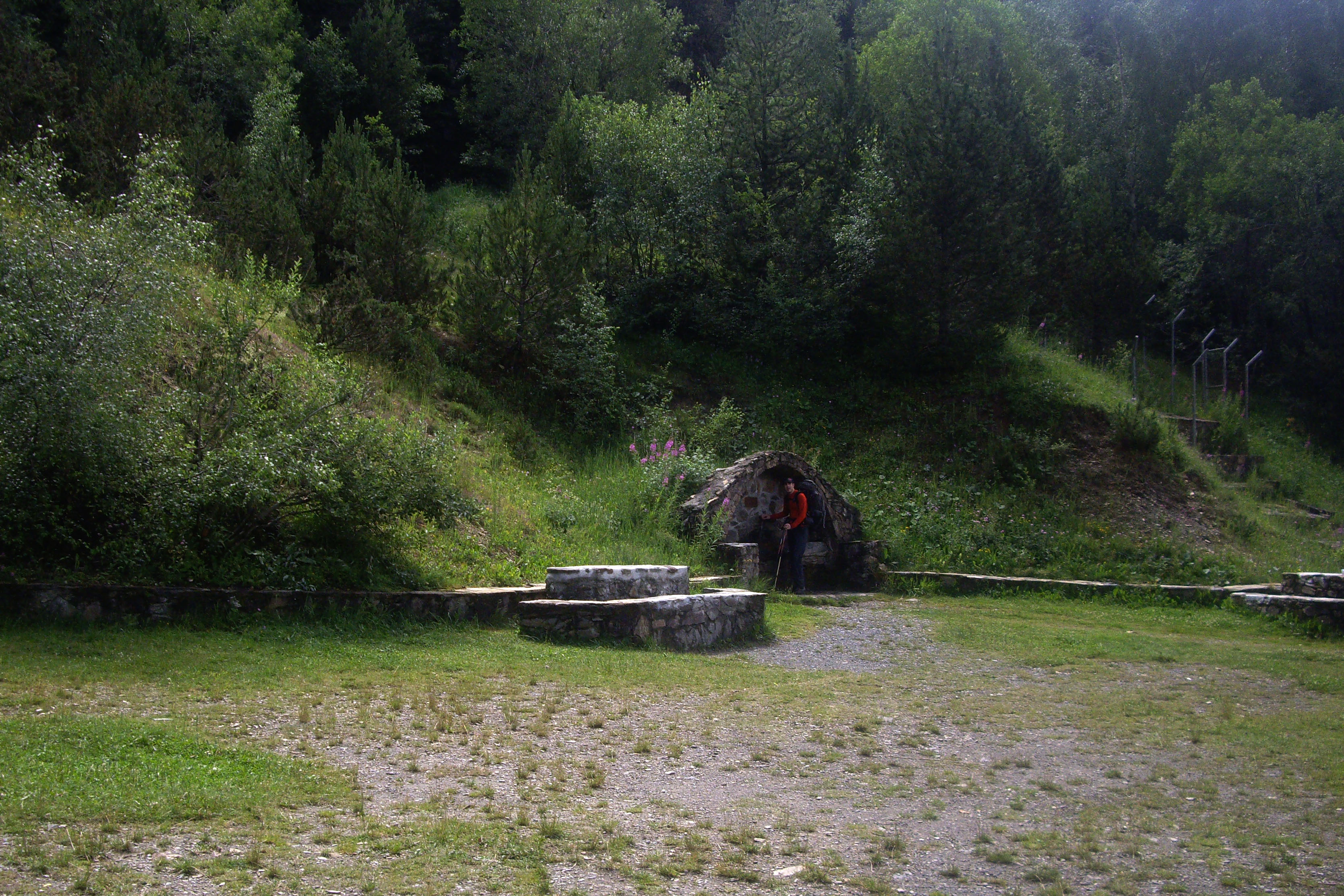 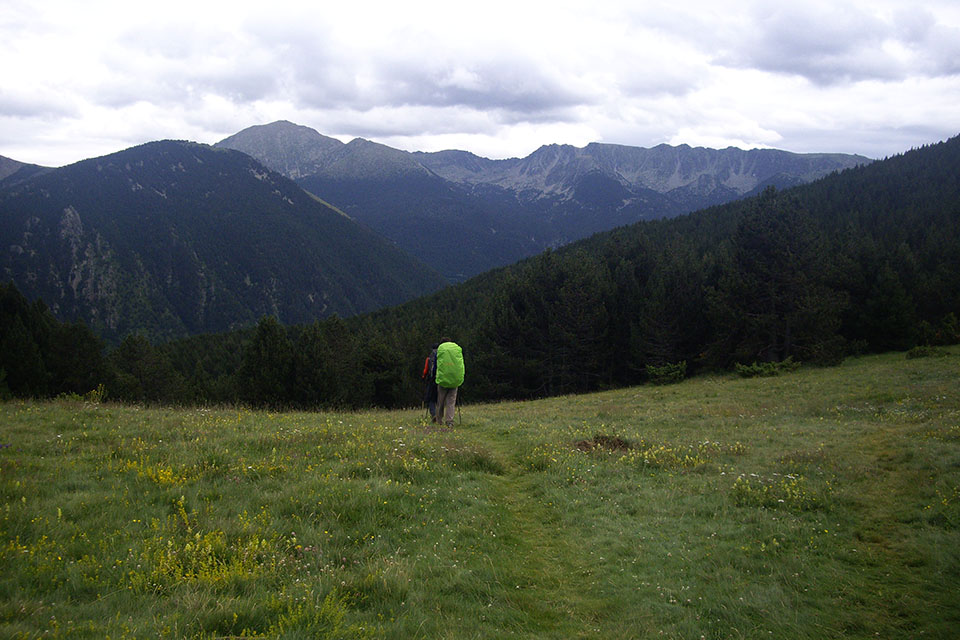 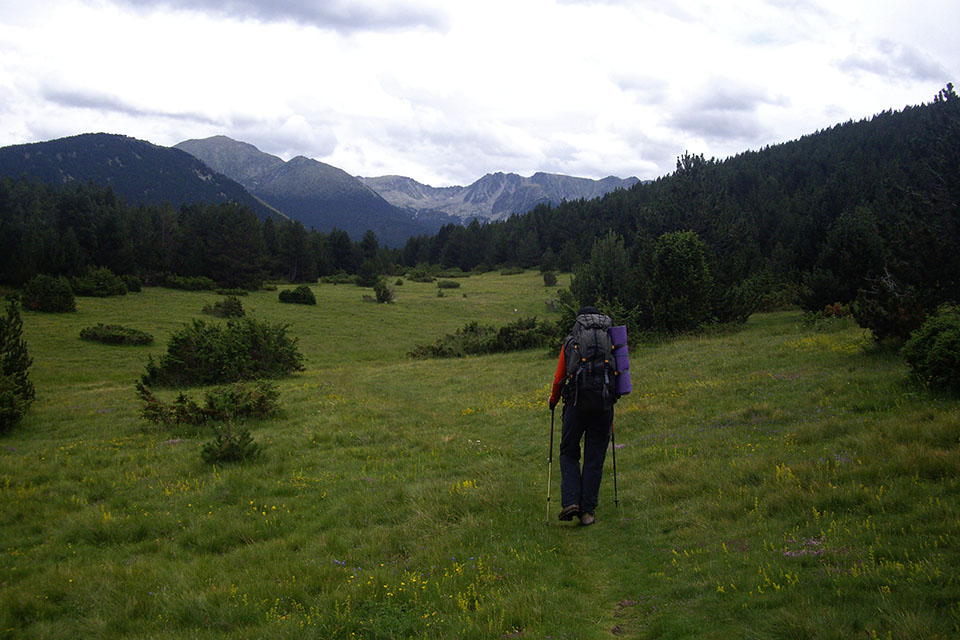 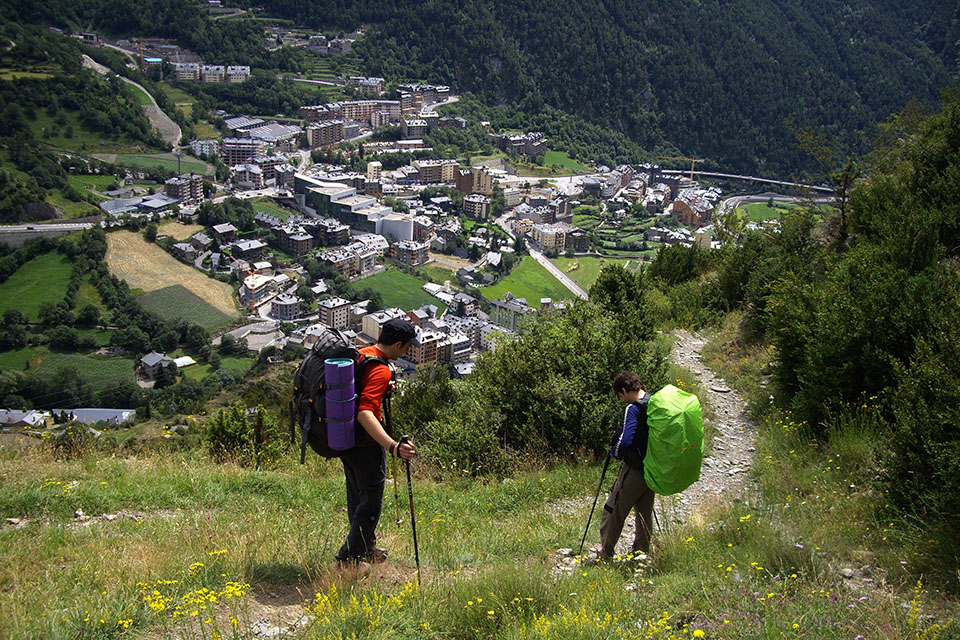 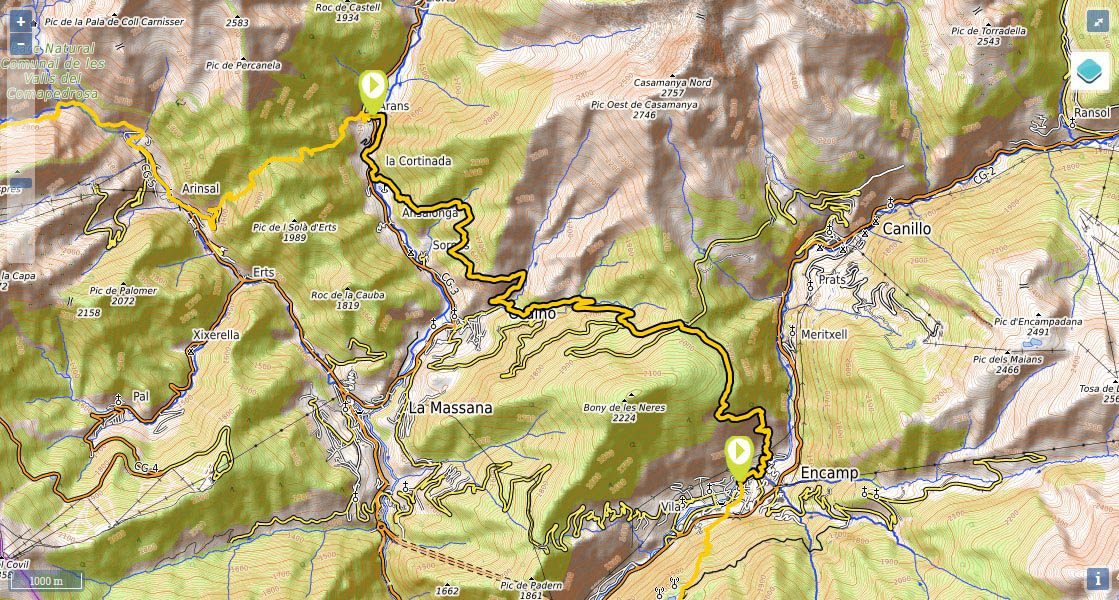 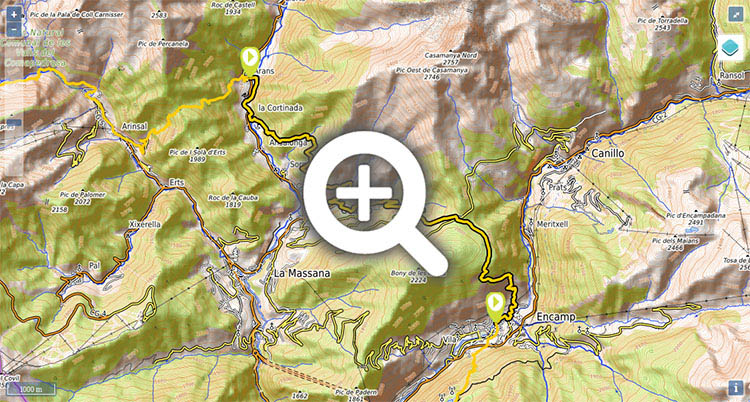