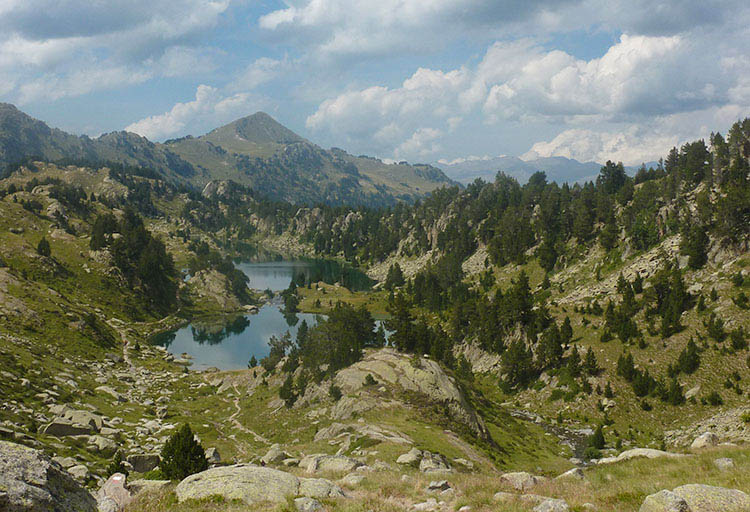 (0h0min;0km) Refugi de Colomèrs (2.115m). Setting out from the new Colomers refuge, you walk past the old one and cross over the dam. Ignoring the path that descends on the left towards Salardú, you start the climb ahead of you (east), all the while along the same route as the Carros de Foc trail, towards the Long and Redon lakes. At the end of the climb, before reaching the first lake, the Carros de Foc trail peels off and forks left. You leave the lakes (Long and Redon) on your left and continue to climb up to Lac de Obago, a larger lake than the others. Before reaching the lake, on the left, you will see Obago cabin. Walk round the south side of the lake, almost to the end, paying no attention to other paths that climb to the south, up to the Circo de Colomers (a hugely popular route that visits Colomers cirque, dotted with up to 48 lakes). The path twists and turns across the valley en route to Port de Ratera. At the end of the climb, you reach a kind of plain where the GR211-4 and Carros de Foc trails converge on the left (a sign points to Refugi de Saboredo), which you cross (south-east) until you reach the...

(2h30min; 5.6kms) Pòrt de Ràtera (2.534m), hovering between Tuc de Ratera (2,861m) and the Serra de Saborèdo range. The long descent starts here. Right at the beginning you pass Estany del Port de Ratera on your right, followed by a crossing that, on the left, would lead to the Amitges shelter. The way is clearly marked and heads down the left side of the valley across bumpy terrain. Little by little pine trees start to become more prominent, and you soon reach Obagues de Ratera lake, which you pass on your right. You continue downhill, join a tack, then shortly afterwards reach...

(4h45min; 11.4kms) Estany de Sant Maurici (1.915m). At the foot of the rocky outcrop of Els Encantats, this is undoubtedly one of the outstanding places of beauty in all the Pyrenees. To get to the refuge, leave the main track and head down to another on that passes below the reservoir dam. Follow it for around 250m to a crossing on the right that points the way to the refuge.

At the beginning of the stage, Refugi de Colomèrs (/). Given that the refuge is accessible from Arán valley (track, taxi service) added to the popularity of the area around the lakes (among the busiest routes in the Pyrenees), we recommend booking at least 1 month in advance during the months of July and August.

During the stage, one hour from Còlomers, lies Obago cabin (it is on 2 floors and although half of the roof is missing, the upper floor acts as a roof for the ground floor). Away from the route (1h from Pòrt de Ràtera) is the Refugi de Amitges (/).

At the end of the stage, Refugi Ernest Mallafrè (/).

The quickest Access to the refugio de Colomers is from the track that comes from the north, from Salardú (open only to taxis in summer). There is a road to Estany de Sant Maurici coming from Espot, which is closed to traffic a few kilometres below, at the car park in Prat de Pierró. Taxis are allowed access. To get to Espot from Sort, take the Parque de Aigües Tortes bus (Alsa).

Around Colomers cirque there are a number of important peaks, such as Creu de Colomers (2,896m) or Gran Tuc de Colomers (2,933m). A very popular walk is the circular route around the Circo de Colomers (waymarked itinerary), and of course the Carros de Foc trail (5-7 days). 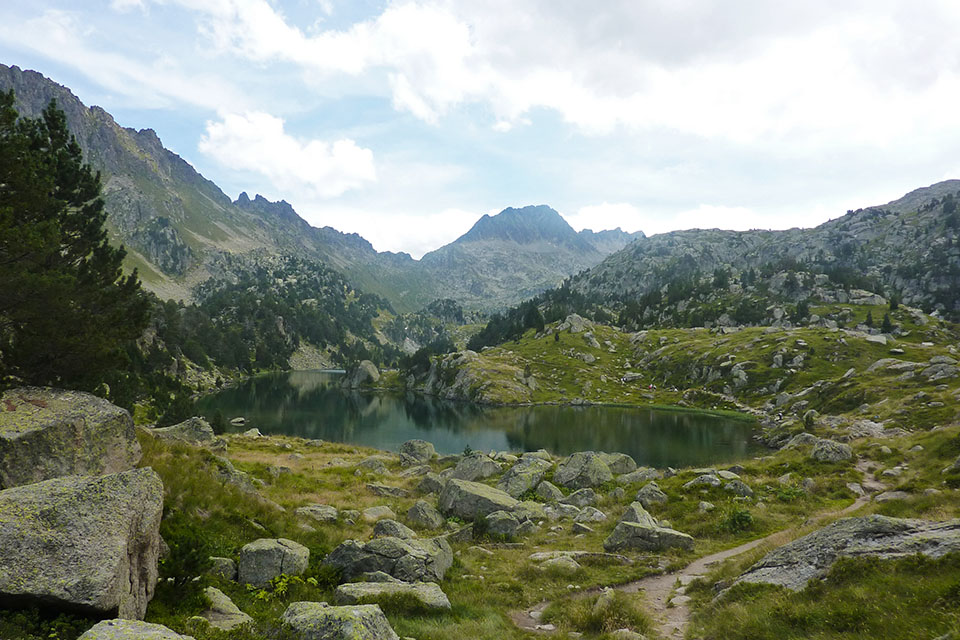 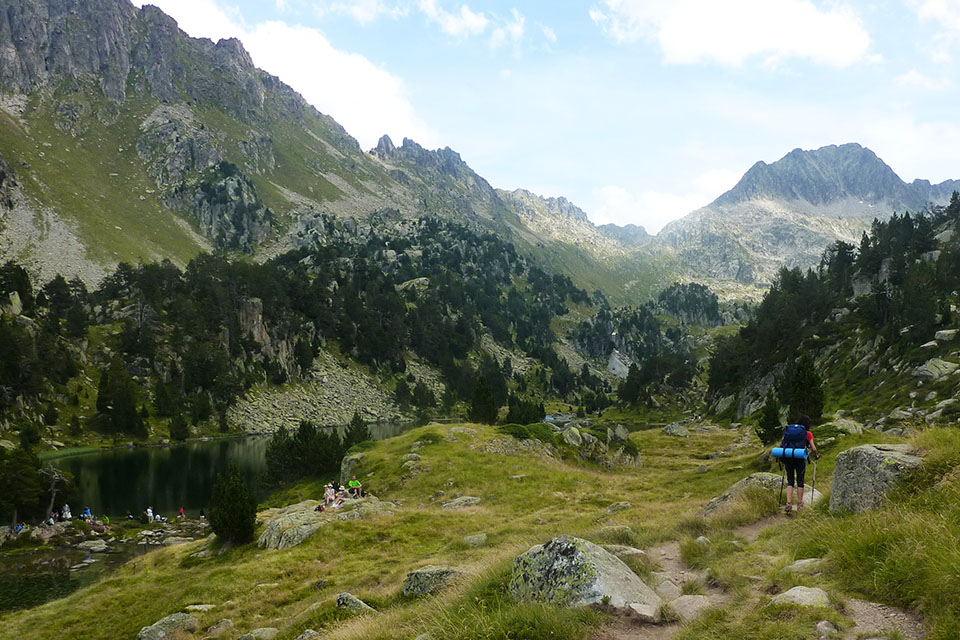 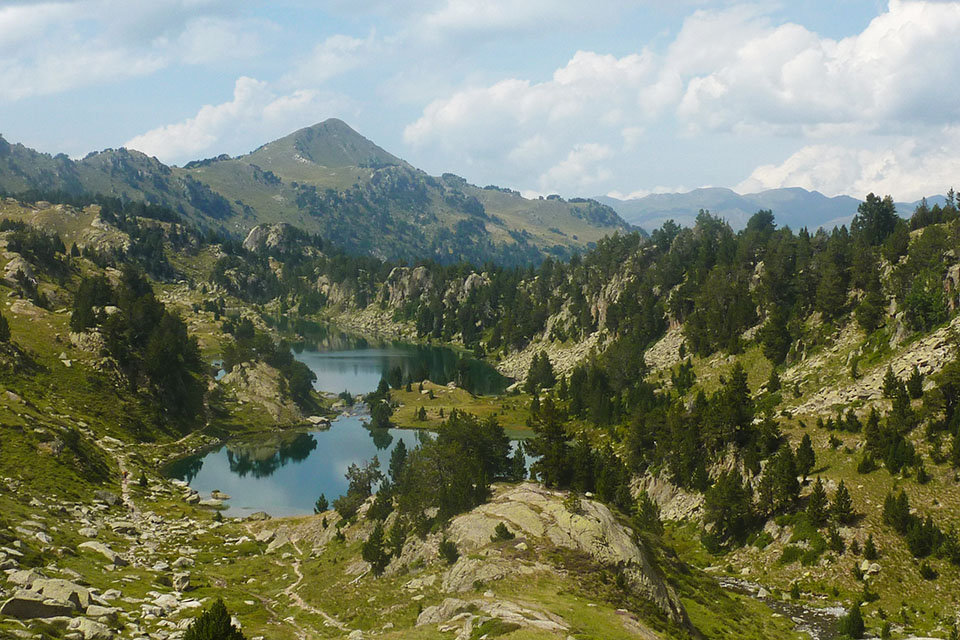 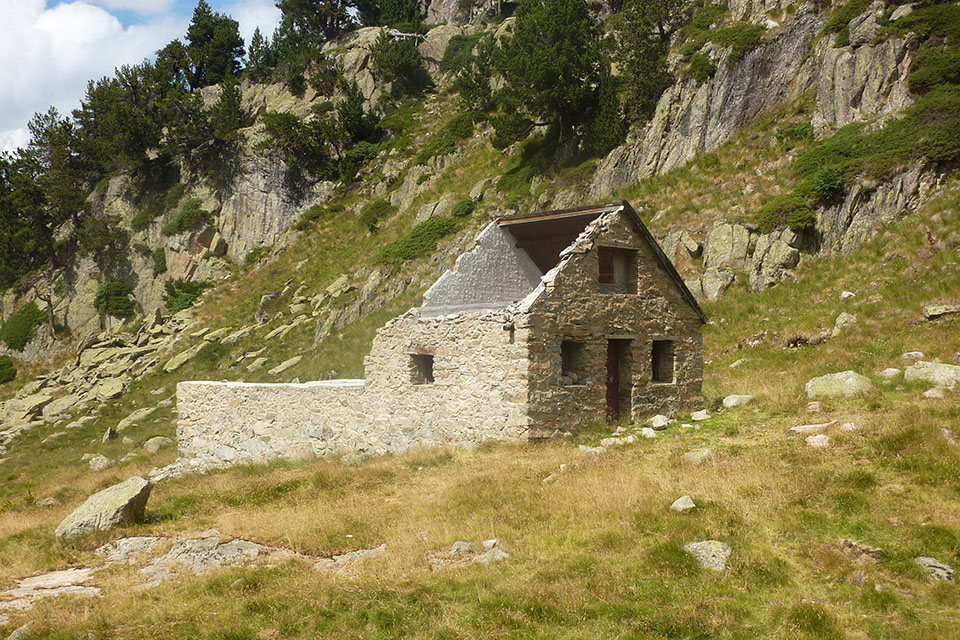 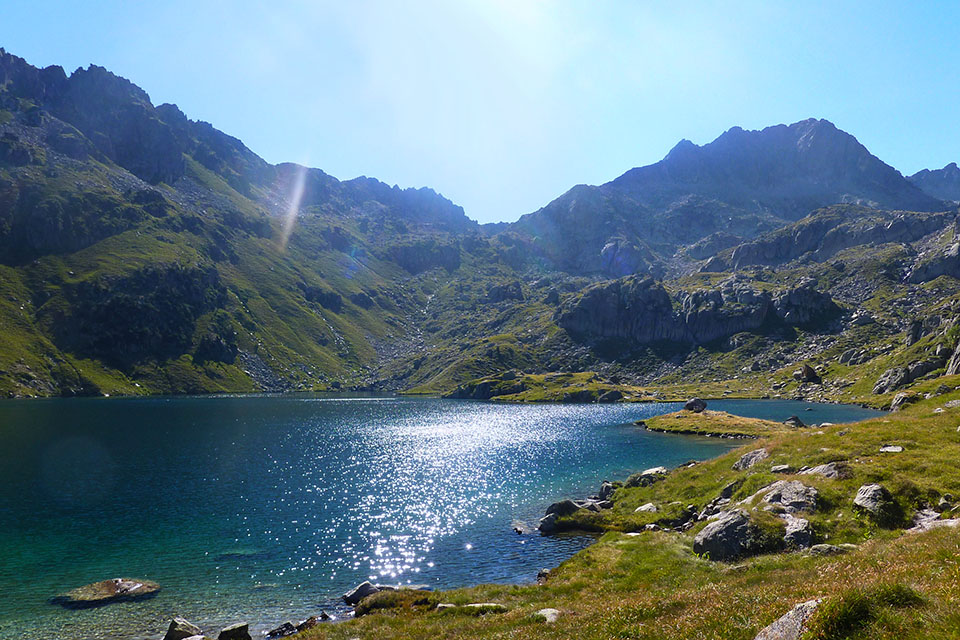 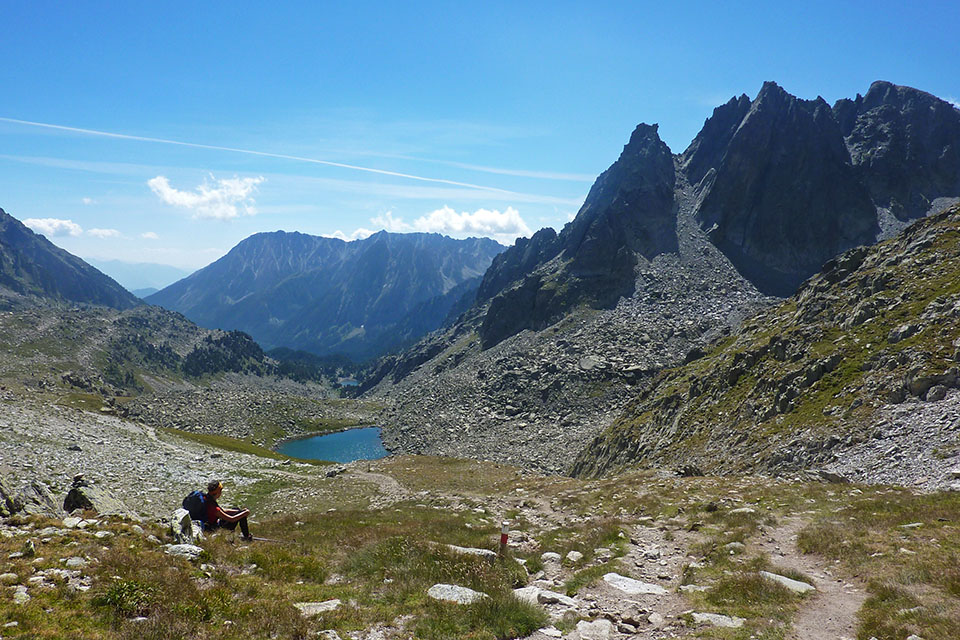 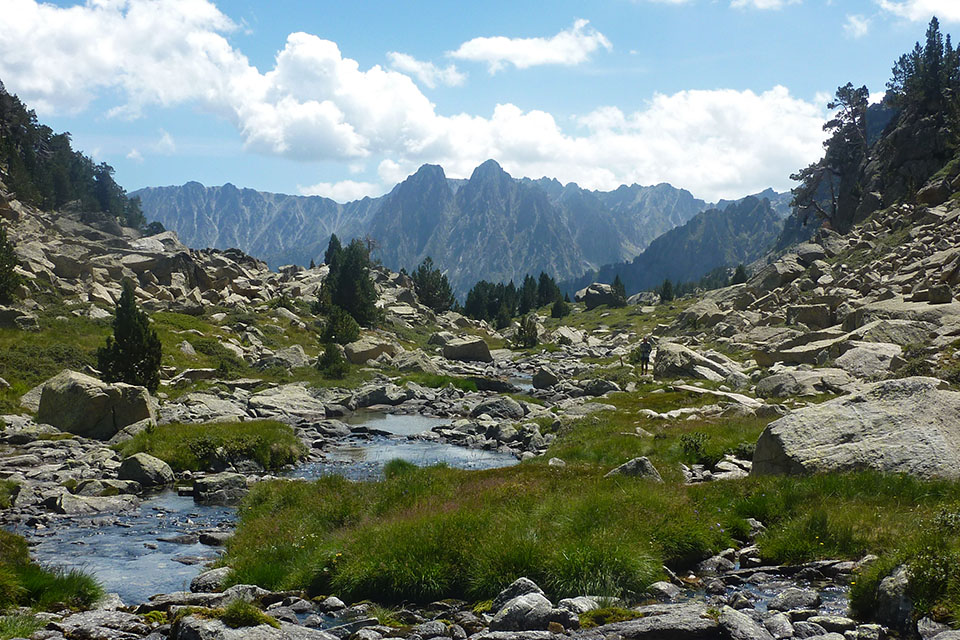 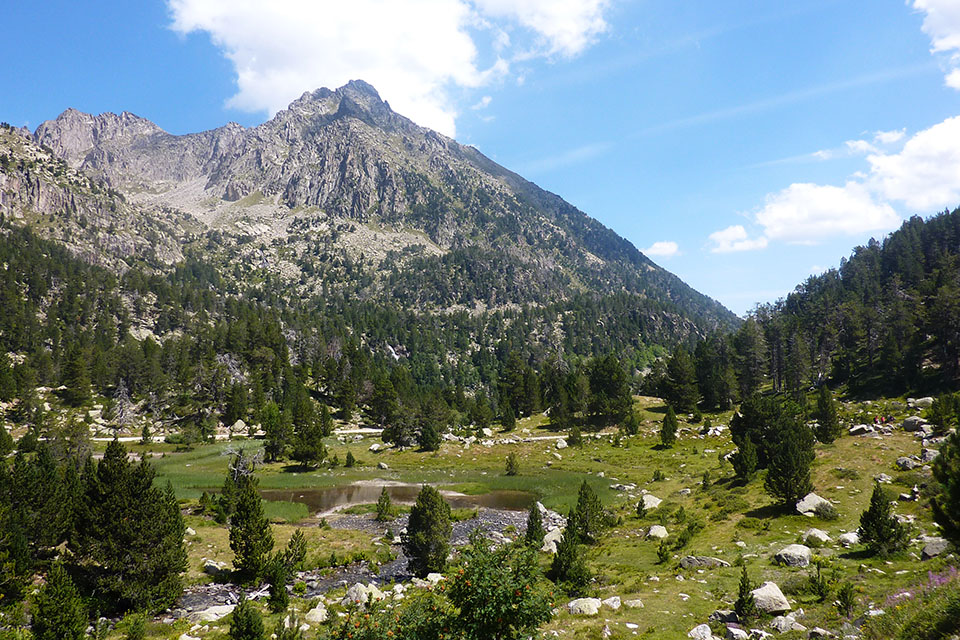 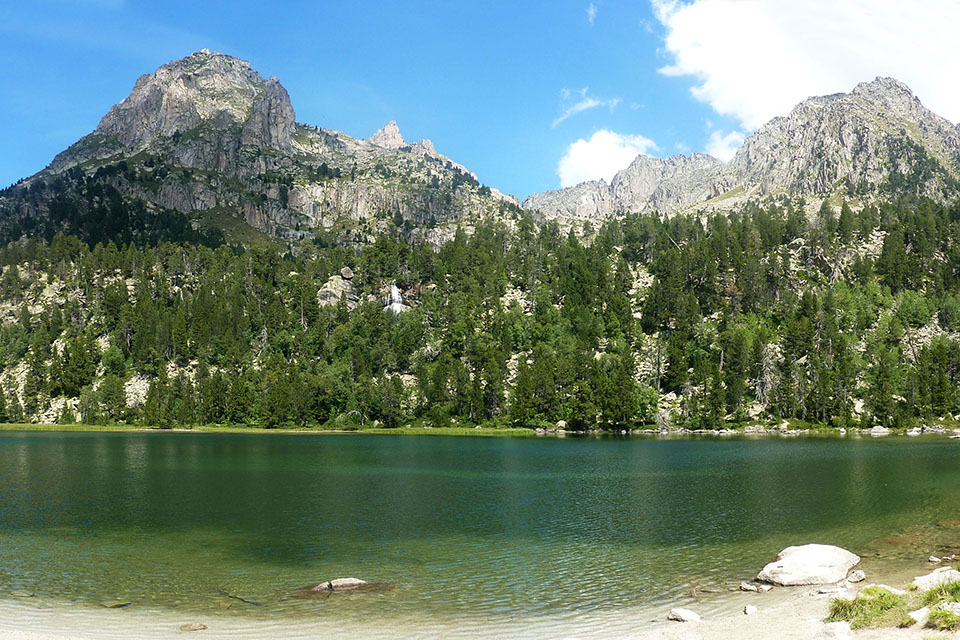 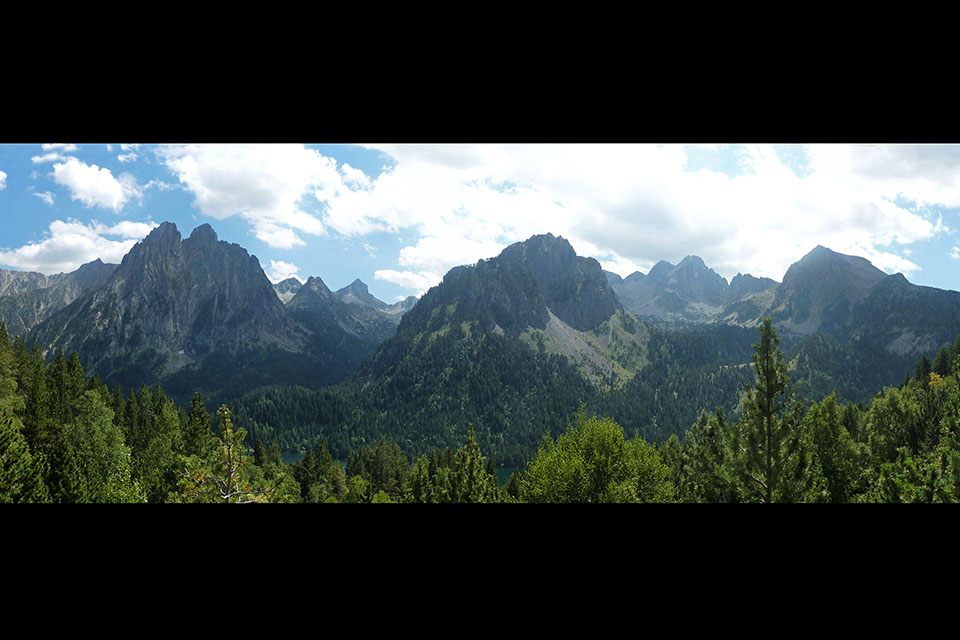 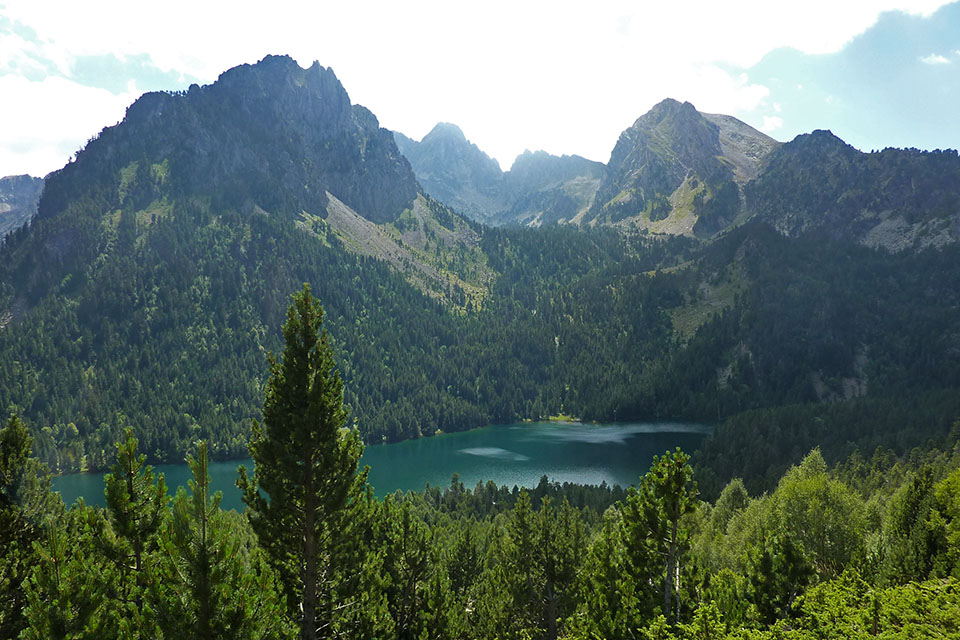 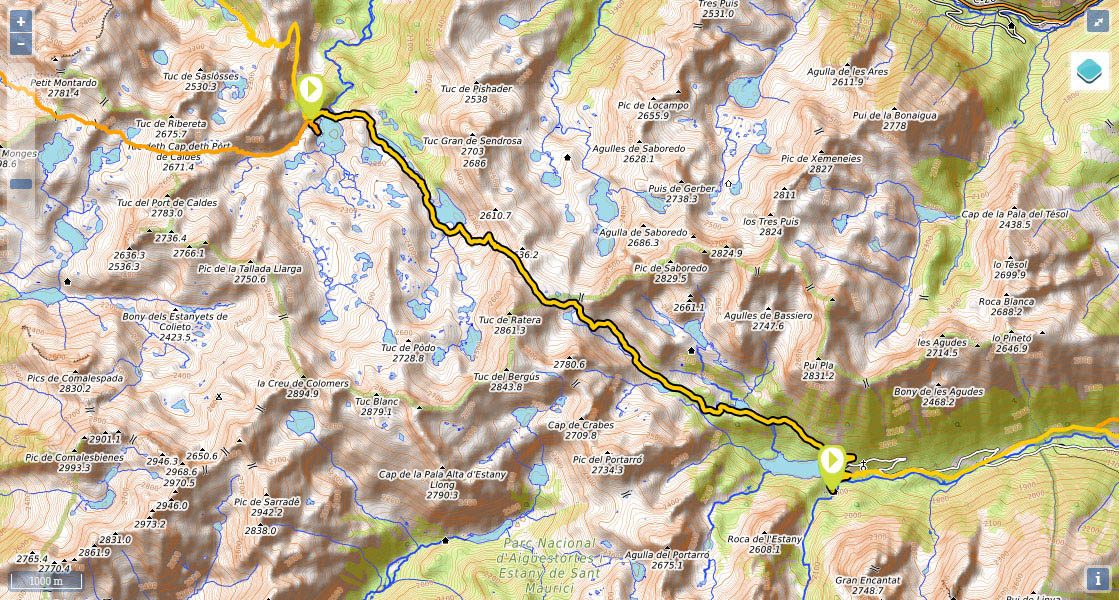 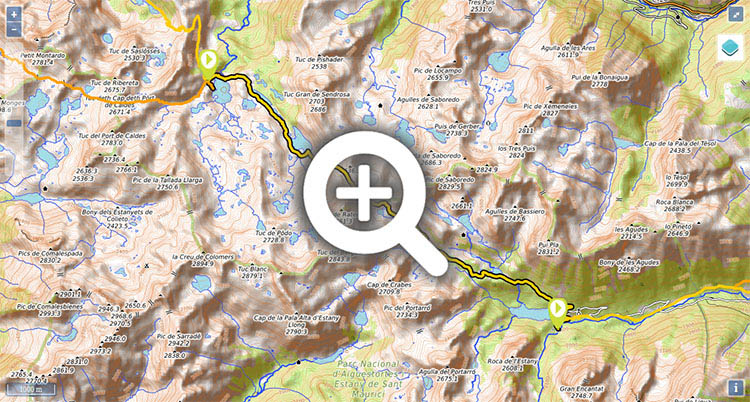