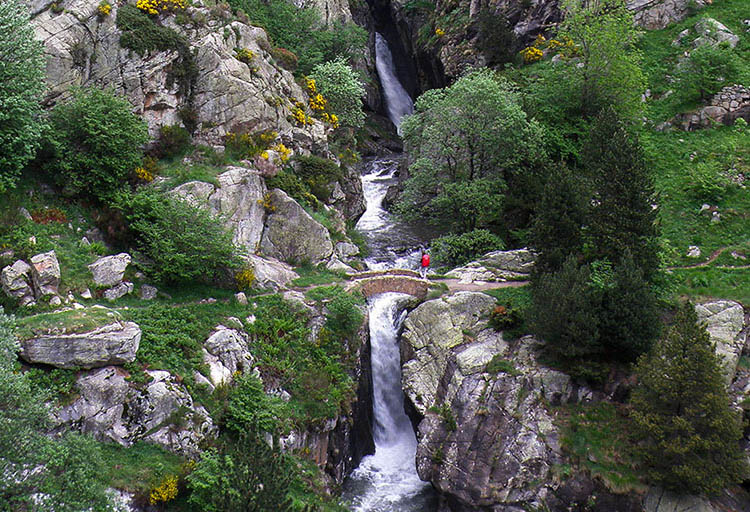 Distance/elevation: 16,9 km / (+1.440),(-750)
Time: 6h20min (walking time without stops).
Difficulty: the accumulated elevation. In Queralbs the GR11 markings disappear, although a few local paths leading up to the temple are signaled.
Water: There are plenty of points along the route where you can fill up with water.
Route/Itinerary:

(0h00min; 0 kms) Planoles – Junction/Start of the climb (1.260m). You return to the junction (see etapa anterior) at the start of the climb to the Corral Blanc mountain refuge. If you come from the village, you can climb up the road to the campsite and then take a steep path that leaves it on the right. You soon come to a crossing where a sign indicates 4 hours to Nuria (this is the timescale if you choose to take the GR11.8 variant). The path heads into the pine forest, which accompanies you all the way to the top, on a steep incline, while on several occasions the path will meet the road that leads up to the refuge. Just before you get there, you will pass a picnic area, where there are a couple of drinking fountains.

(1h25min; 2,9 kms) Collet de les Barraques (1.900m). Cross over a barbed-wire fence and head downhill until you join a rough dirt track, which you follow until shortly afterwards, you come to an area of fields. The GR11 continues on its gentle descent along a path, through pine forest, and crosses a couple of streams.

(2h00min; 4,7 kms) Font de L'Home Mort (1.800m). A track coming from Vilamanya reaches this point. Cross over Tosa river - pretty abundant - via a narrow wooden walkway, then immediately after it the alternative route to Nuria appears, following the GR11.8 (also waymarked in red and white). Pay particular attention at this point. We will now describe the route that heads down to Queralbs. You follow the red and white markings on the right, along a track that you will leave soon afterwards, to continue via a path that runs parallel to the river along the left bank. You gradually leave the river, pass a shelter for shepherds, and further ahead you come to the drinking fountain and Dels Plaus house. Shortly afterwards you reach a track, which you follow for a short stretch (100m) on the left. You pass a hairpin bend, then soon afterwards leave it for a path on the left (shortcut), which will lead you back to the track just before a wide bend. You stay on the main track (left), ignoring a couple of turnings that later appear on the left, until you come to a hairpin bend close to the village. After the bend, leave the track and take a path (left) that will lead you to the end of a cement track that ends at a luxurious villa. Follow the track down to...

(3h30min; 9,7 kms) Queralbs (1.230m). Here the markings disappear. On the way down you leave San Jaume church on the right (drinking fountain). It is well worth a visit. You cross Queralbs along the same street you reached it on, until you reach some signs in green that indicate Nuria to the left. Follow it uphill, through the streets, despite there being no sign of the red and white markings. At the end of the village, the cement track gives way to a path, you cross a narrow road and shortly afterwards you pass the Font de la Ruira, just before coming to the cog railway lines. You soon reach a crossing, where to the left you can reach Nuria via Roc del Dui, and to the right via Pont de Cremal. The GR11 goes right, although here we are going to describe the route via Roc del Dui, and then rejoin the other route 20 minutes later. So, a left turn, and 10 minutes later you arrive at the...

(4h15min; 11,9 kms) Oratori de Corvell (1.480m) presided over by an image of “La Nurieta”. A sign soon points the way to Nuria via Pont de Cremal, which you follow down a flight of steps that lead to the path that heads across the valley floor. At around 1,735m altitude you pass close to the waterfall known as Cua de Cavall. With a little more effort you reach Creu d'en Riba (1,983m), a panoramic viewpoint and the highest point of the day. All that remains is a gentle descent to the Santuario de Nuria, now visible. Befere arriving, you will pass a drinking fountain (Dr. Bassols).

At the beginning of the stage: Camping Can Fosses. In Planoles, Cal Sadurní and Hotel Cruells.

During the stage you have the Refugio Corral Blanc. (/). In Queralbs there is a choice of accommodation: Hostal Les Roquetes , Apartaments Fontalba or Masía Can Constants among others.

At the end of the stage you have the Refugio-Albergue Pic de l'Àliga and the Hotel Vall de Nuria. There is also a controled camping area (). 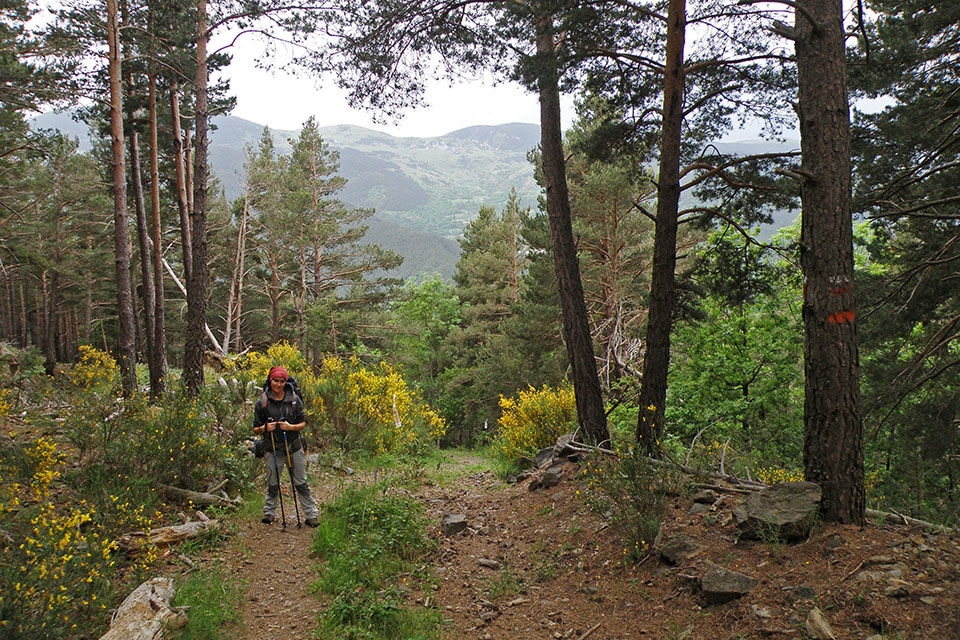 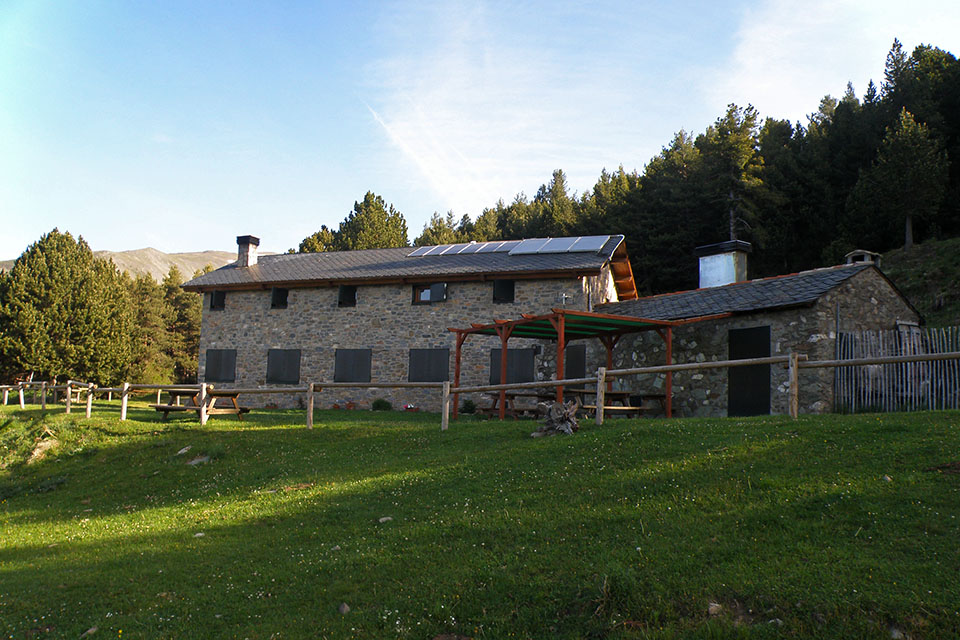 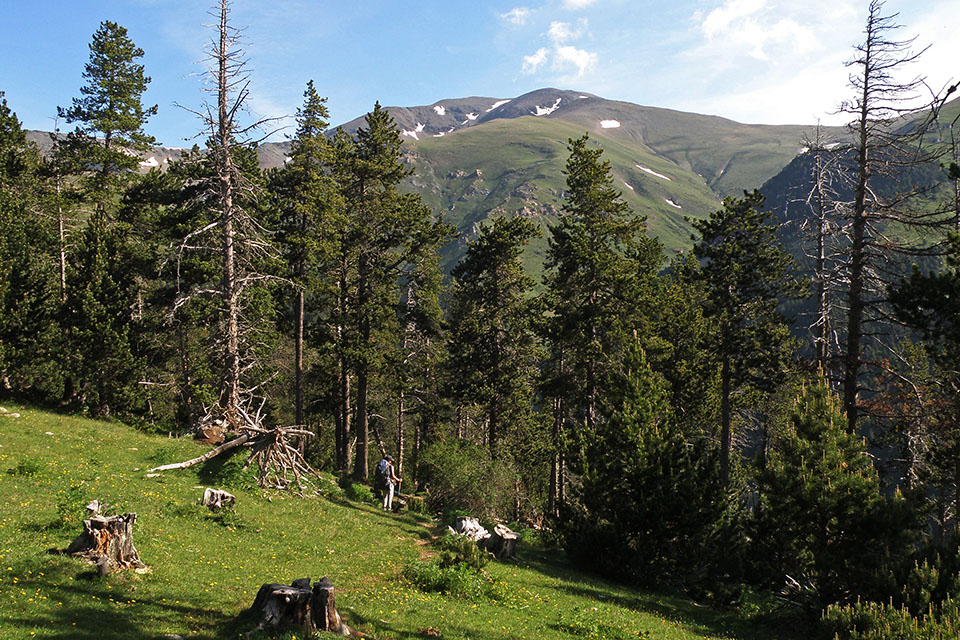 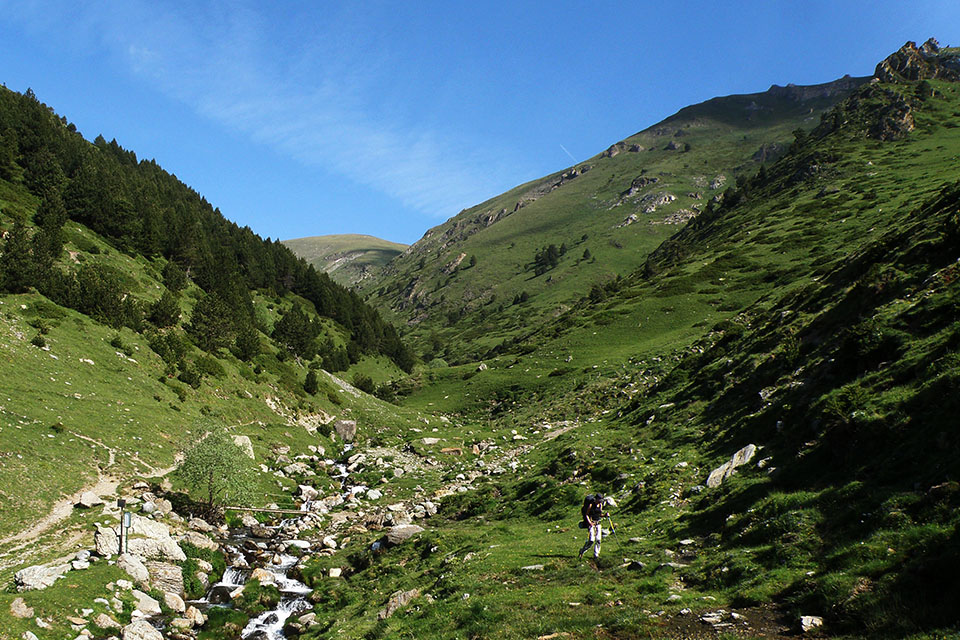 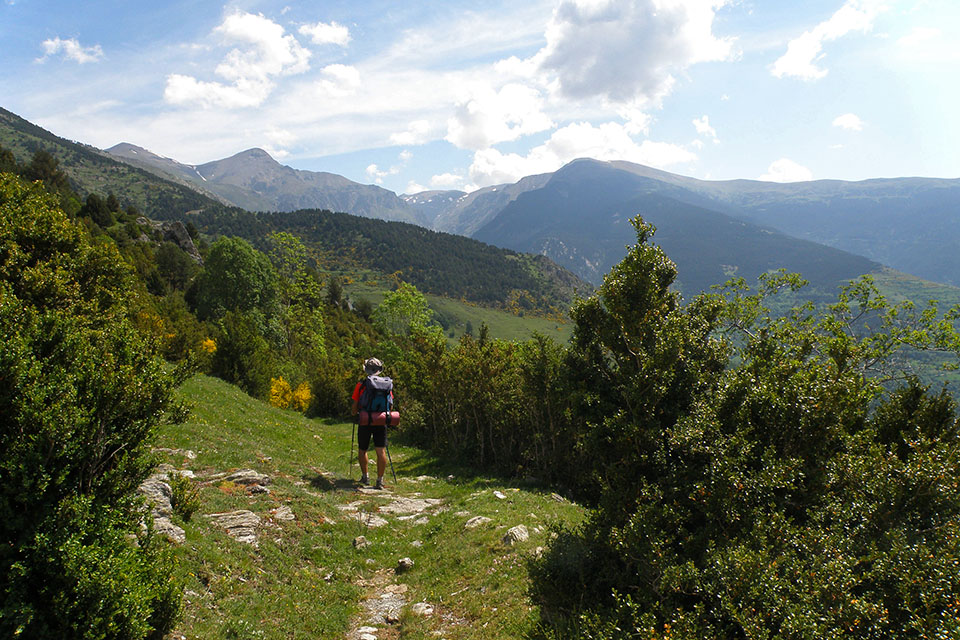 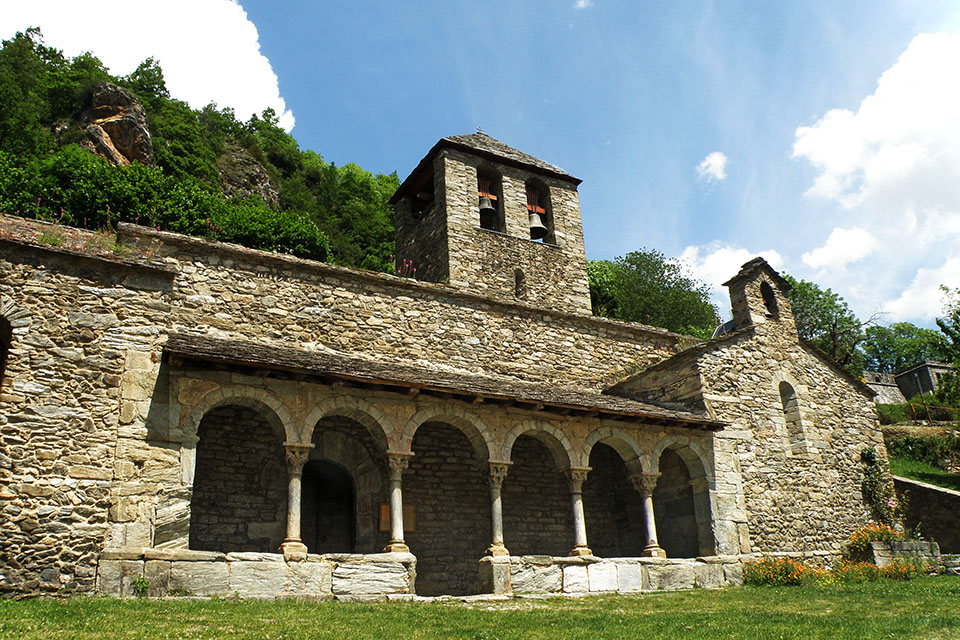 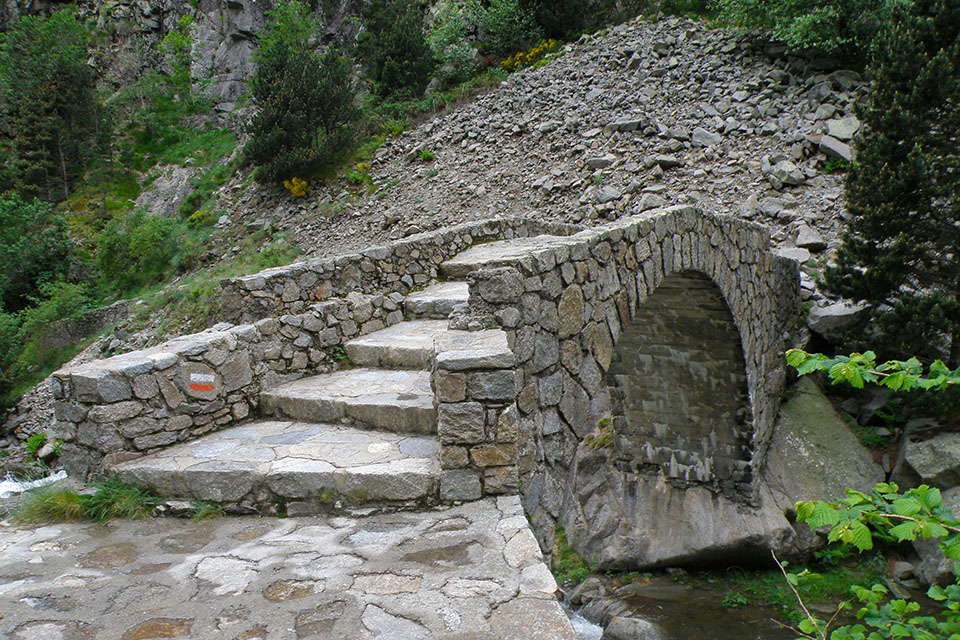 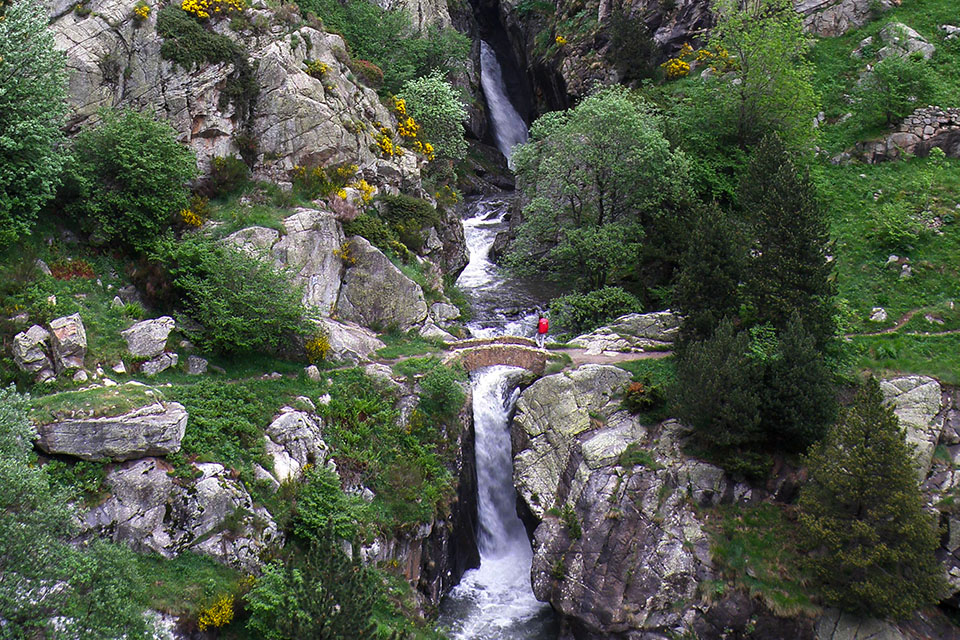 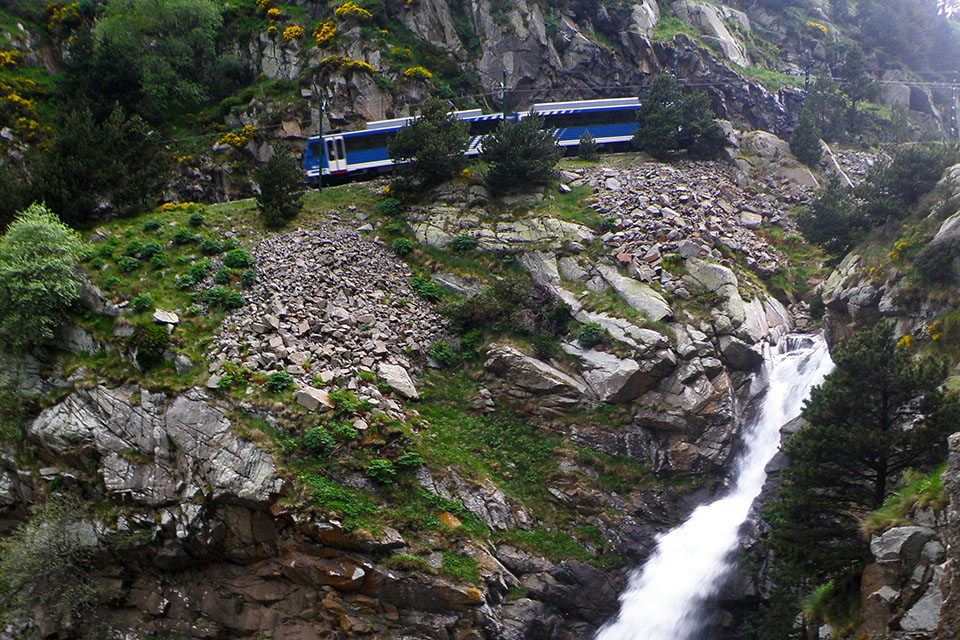 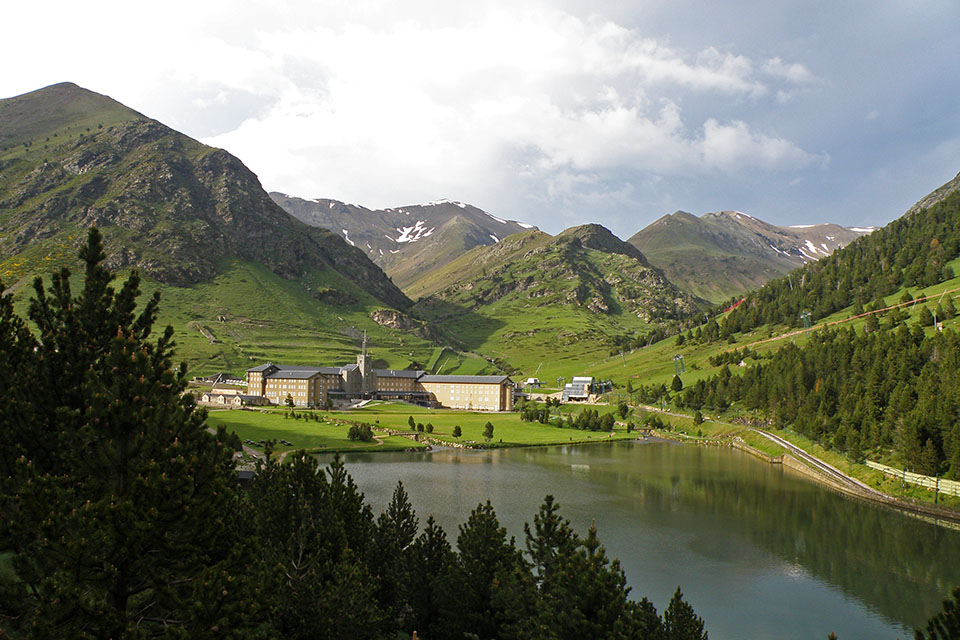 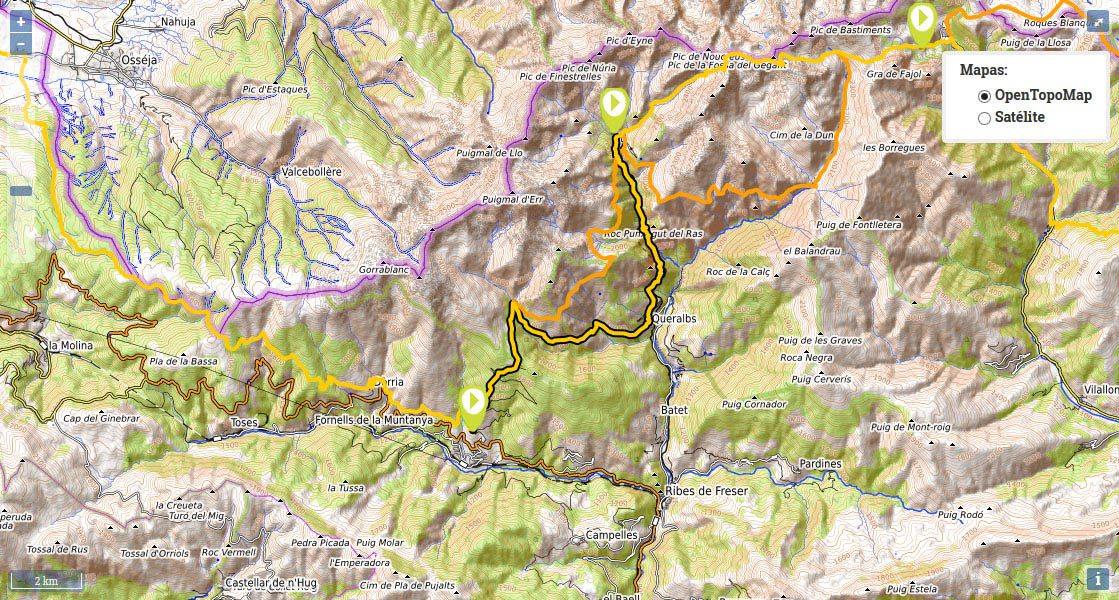 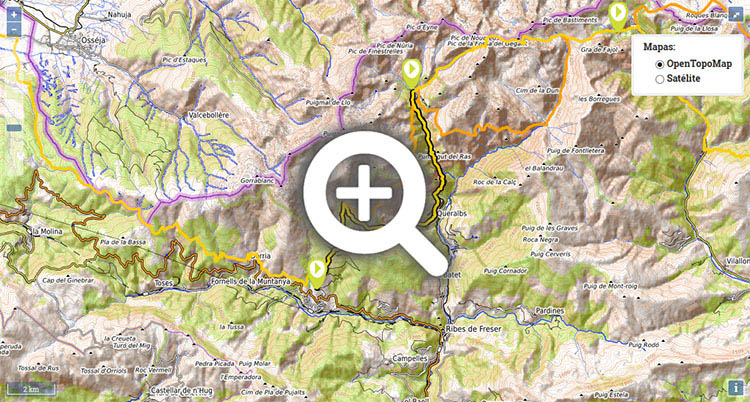