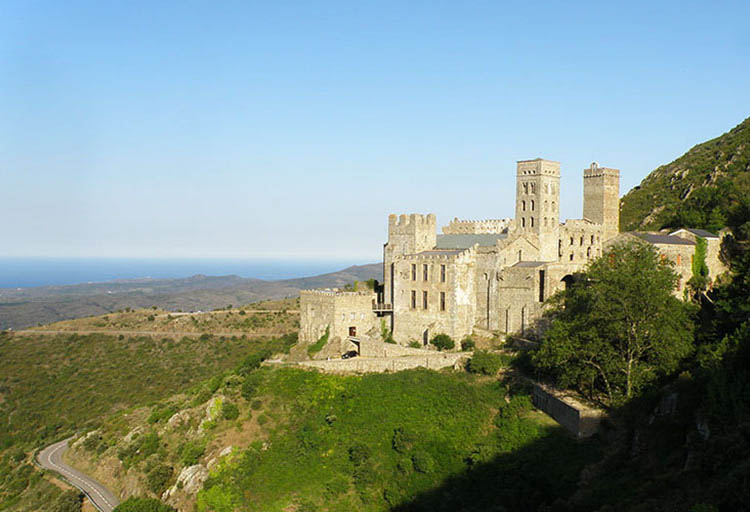 &nbspDownload the track
<< Previous
Next >>

Distancie/elevation: 21,2 km / (+760),(-910)
Tiempo: 5h45min (walking time without stops).
Difficulty: take care with the heat. The descent to La Selva de Mar is steep.
Water: you will find water in the villages and in Sant Pere de Rodes.
Route/Itinerary:

(0h25min; 1,6 kms) Col de la Serra (258m). Soon after reaching the top, at the junction, you follow the track on the right, which you stay on for about 2 kilometres until a path on your left drops sharply down to the Romanesque chapel of San Silvestre. The red and white markings coincide with other red and green markings.

(1h30min; 5,9 kms) Col de les Portes (228m). The Mediterranean is visibly closer. You quickly head down the track towards Llança. As you arrive, you pass below the railway tracks and turn left, walking parallel to a road that you later cross, after 200m. Head towards the Tourist Information Office up ahead.

(2h15min; 9,2 kms) Llança (tourist office) (10m). The GR11 leaves Llança and continues around the back of the tourist office –next to a park with a drinking fountain- along Calle del Comte Jórre. You soon turn left along Avenida Antoni Margarits i Sagrera, and walk on to a roundabout where a path emerges and leads you up, without respite, to the...

(3h10min; 12,2 kms) Coll del Perer (346m). Turn right and continue climbing up to a large rock, which marks the end of the tough part of the climb, where you join a wider path. Follow it for 1.5 kms until you come out at the road that joins Vilajuiga and El Port de la Selva. At the crossroads go straight on.

The Benedictine Monastery of Sant Pere de Rodes was built in a Romanesque style that was unconventional for its time. The church dates back to the 10th century and the façade is from the 12th century, although there were other buildings prior to this one, possibly even Roman.

Head down some steps to the left, next to the monastery entrance, then turn right below the southern stretch of the wall along a cement track that heads down to a car park. Once at the car park, on the right, you will see a path that zigzags down a steep slope, and towards the end, heads along the bottom of the Rec dels Gatiens valley. Shortly before reaching La Selva de Mar, you pass by the Chapel of Sant Sebastià, of Romanesque origin, that looks more like a castle.

(5h00min; 18,1 kms) La Selva de Mar (60m). Drinking fountain. Walk down Carrer de la Font and cross over the river by the second bridge. Continue along Carrer de l'Hospital and after 100m, turn left into a side street that takes you down to a pathway that runs parallel to the river. At the end, you come to a path that crosses the river and climbs up between old farm walls. After 15 minutes you come to a road that leads up to Sant Pere de Rodes, on a hairpin bend, where another path leads you down on the right to the road joining La Selva de Mar and El Port de la Selva. Follow this road – it has a pavement and a cycle lane – until it comes out onto the coast road, next to the L'Erola campsite. Keep right, skirting the Bahia del Port de la Selva, until you come to...

At the beginning of the stage, in Delfià, on the road betweenRabós we recommend Can Jenot en Delfià (//) . It has two apartments for 3 and 5 people, a swimming pool, washing-machine, internet, cooker and fridge…The price per person is 60€ with breakfast and dinner included. The food is home-made. In July and August, it is only available for the whole week. It is located in Delfià on the road between Rabós and Garriguela. If you so wish, they will come and pick you up in Sant Quirze or Vilamaniscle... for no extra charge. To get to the intersection of the road from Sant Quirze de Colera with the one from Rabós to Vilamaniscle on foot, there are two options: By road (5kms), passing Rabós and afterwards towards Garriguela de Baix, or an easy route via track (3kms). Follow the road towards Vilamaniscle for about 700m until a track emerges on the right, which brings you directly to Can Jenot. You just need to follow the main path (0.1kms ahead, 0.3kms right, 2kms right, 2.3kms ahead).

In Vilamaniscle, Mas Vivent. For large groups Casa Colonias Tramuntana. Below the swimming pools, an area for wild camping has been made available for walkers.

In Llança, there is no shortage of accommodation. Right by the GR11 and for a budget price, you have the Hotel Gran Sol. Also among the cheapest options are: Alberg Costa Brava and Pensió Restaurant Llança.

At the end of the stage, in Port de la Selva, there is a wide range of accommodation catering for all budgets. Among the most economical: Hostal German , Hotel Agora or Cal Mariner.

In Vilamaniscle there is a municipal swimming-pool with a bar.

In Llançà, you can find all kinds of shops, supermarkets, restaurants and hotels.

In Port de la Selva, all possible services are covered. 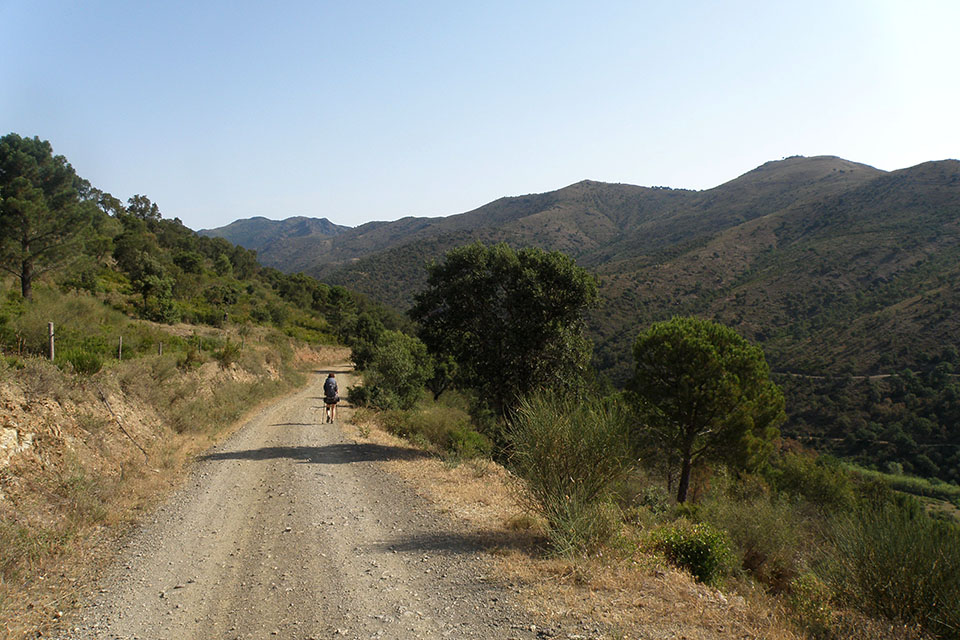 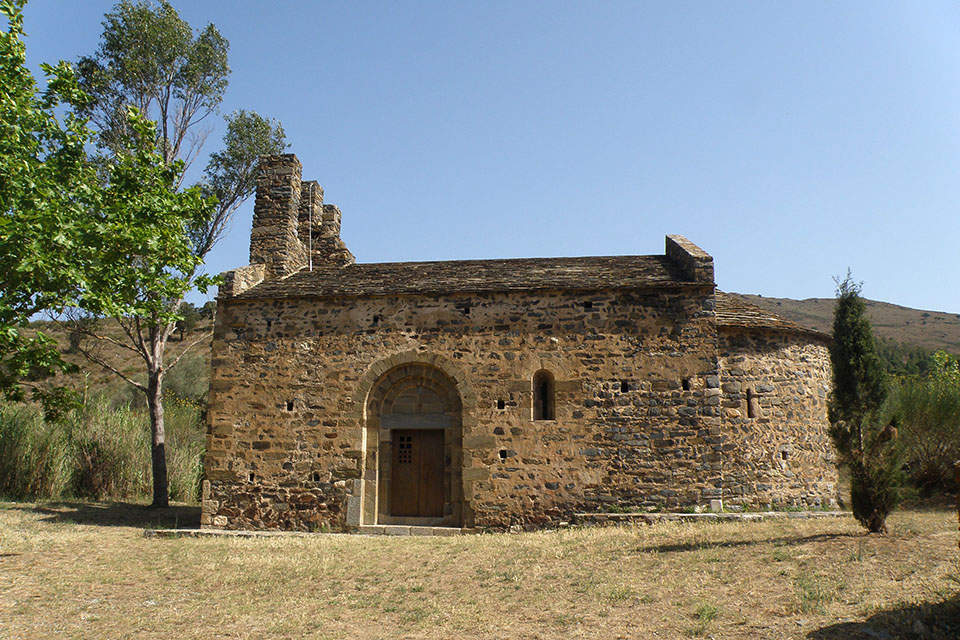 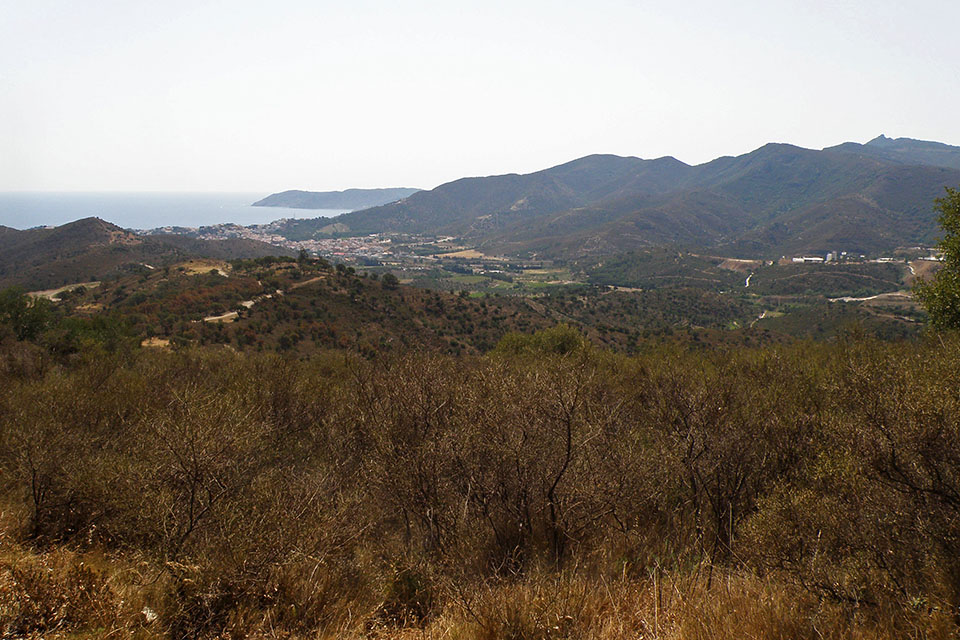 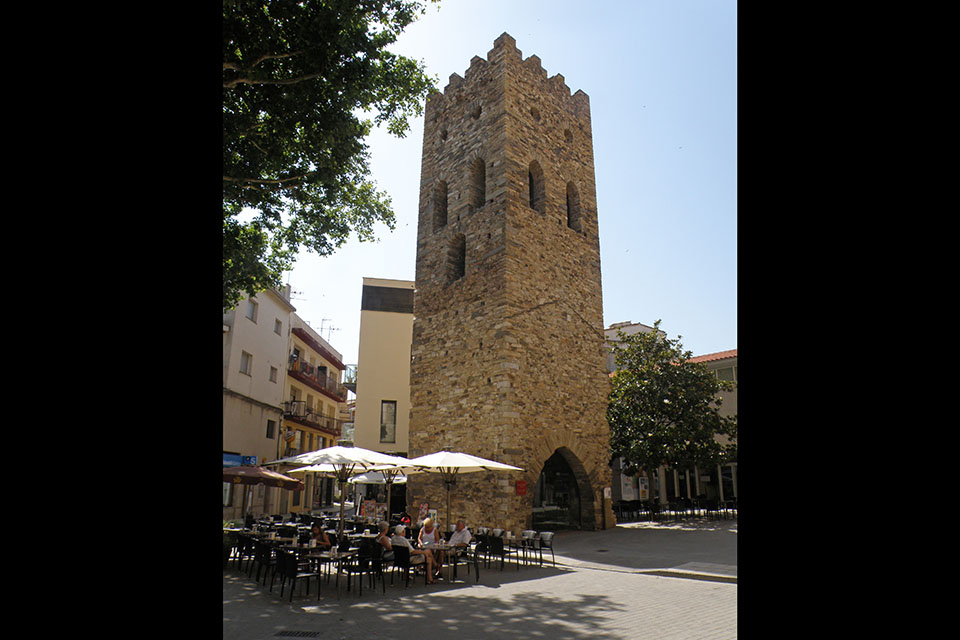 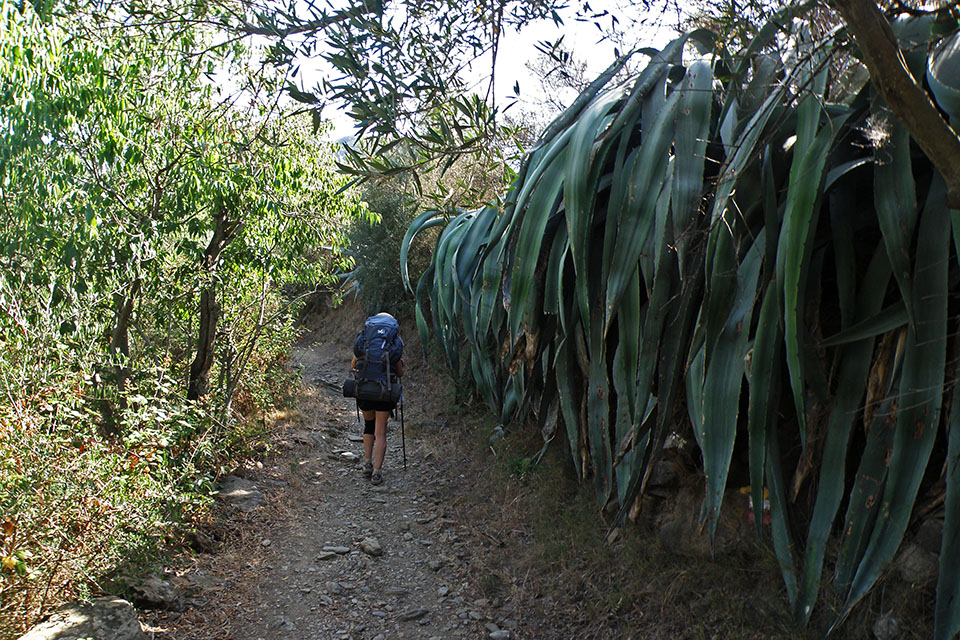 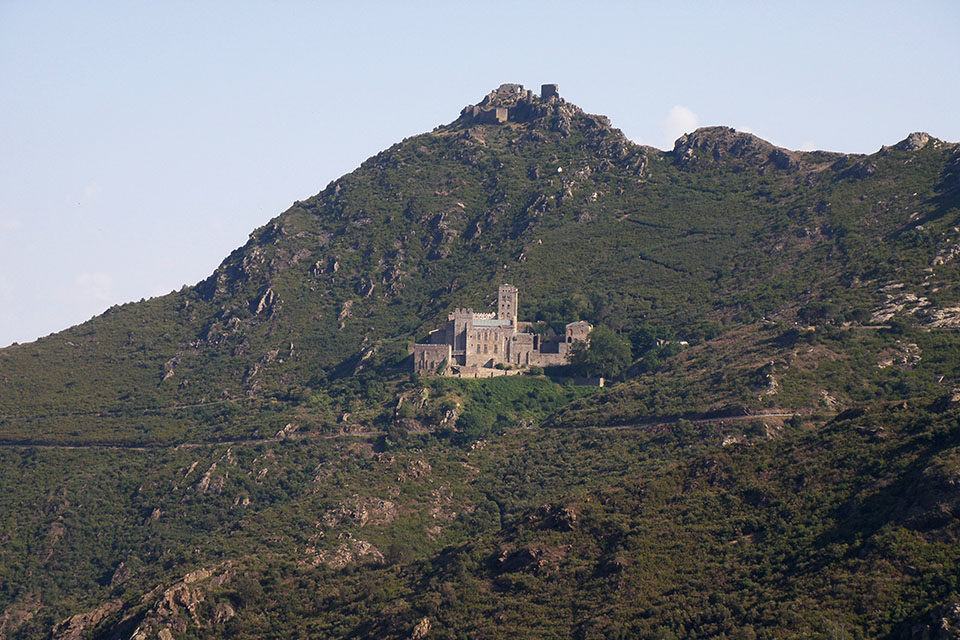 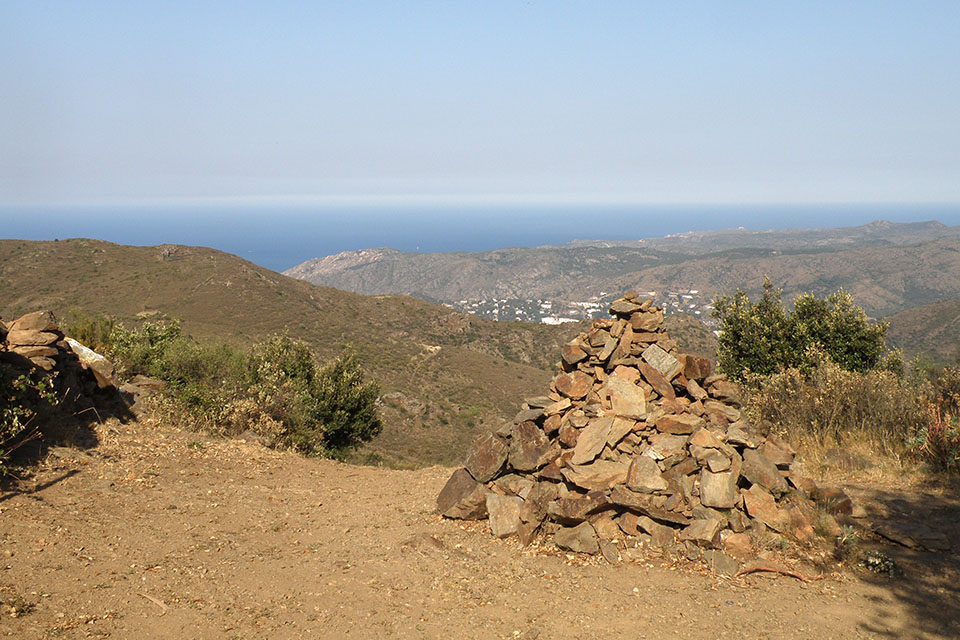 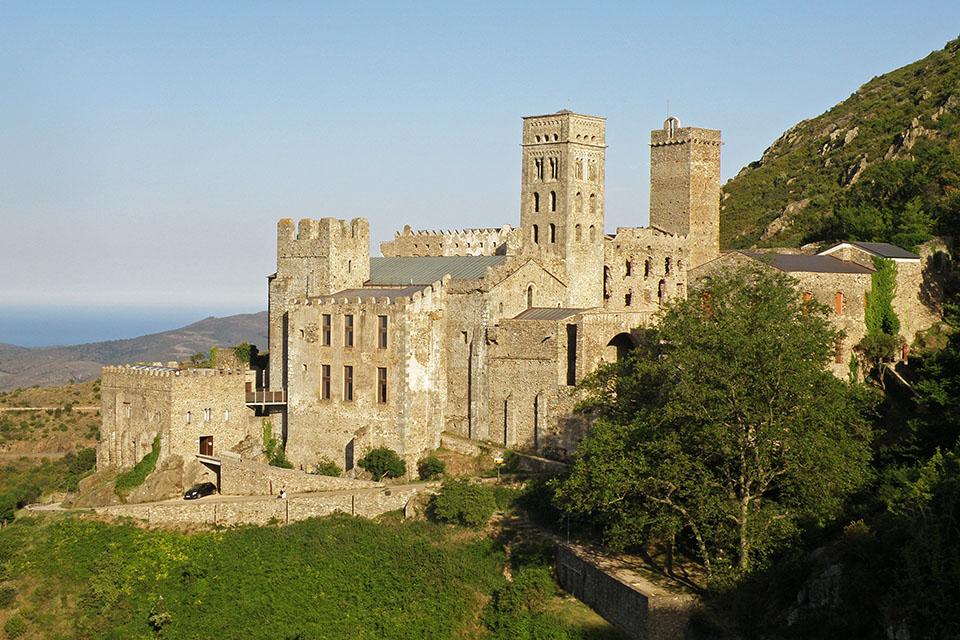 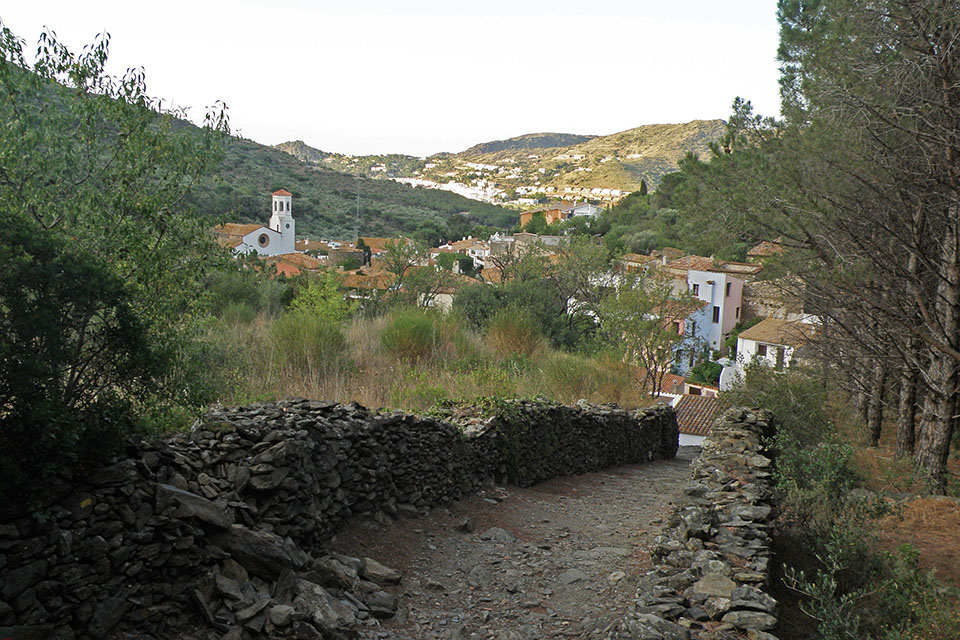 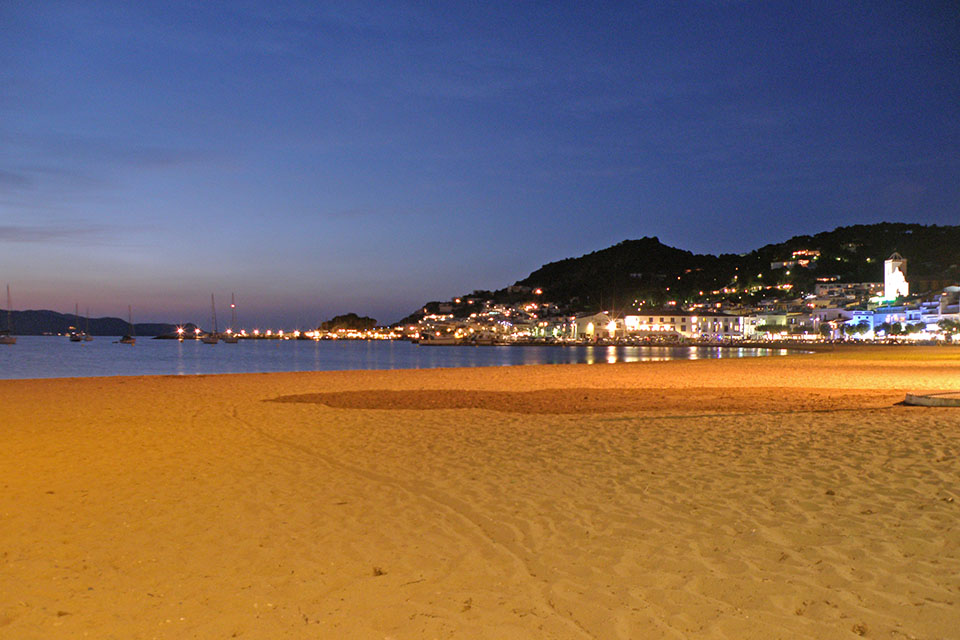 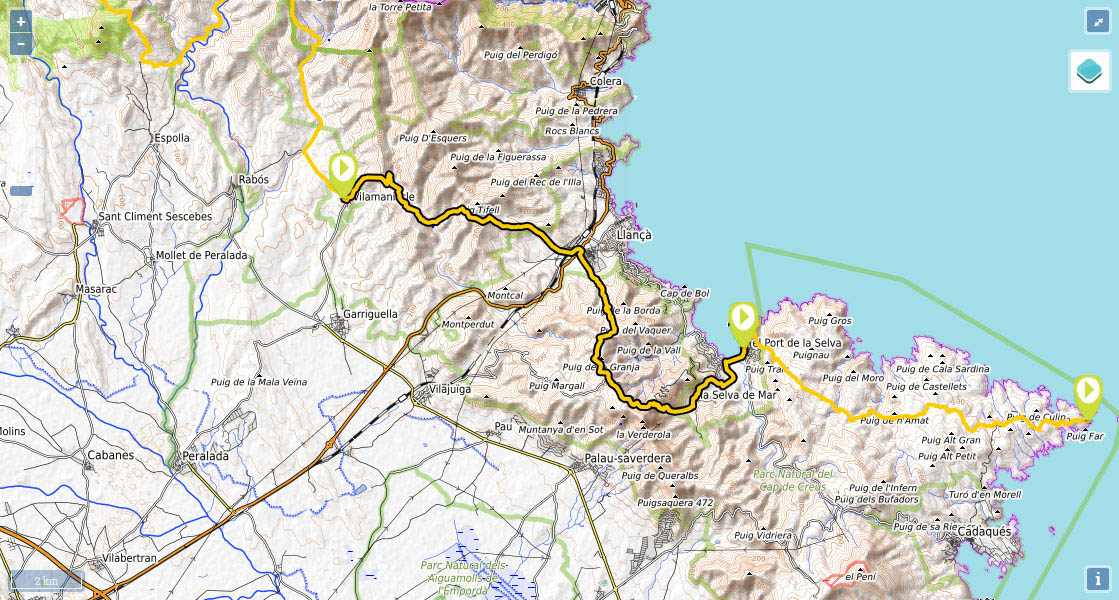 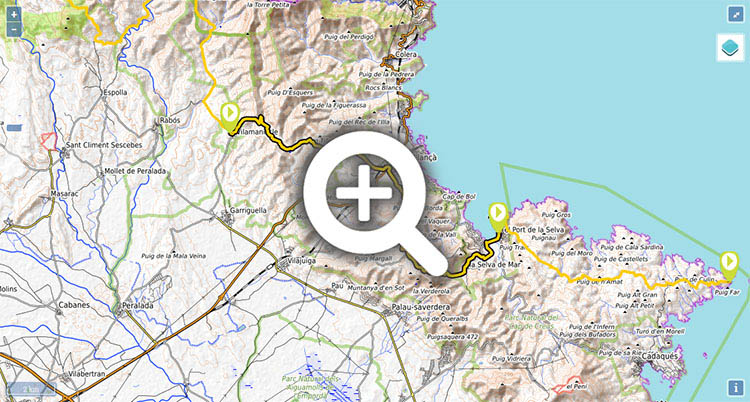