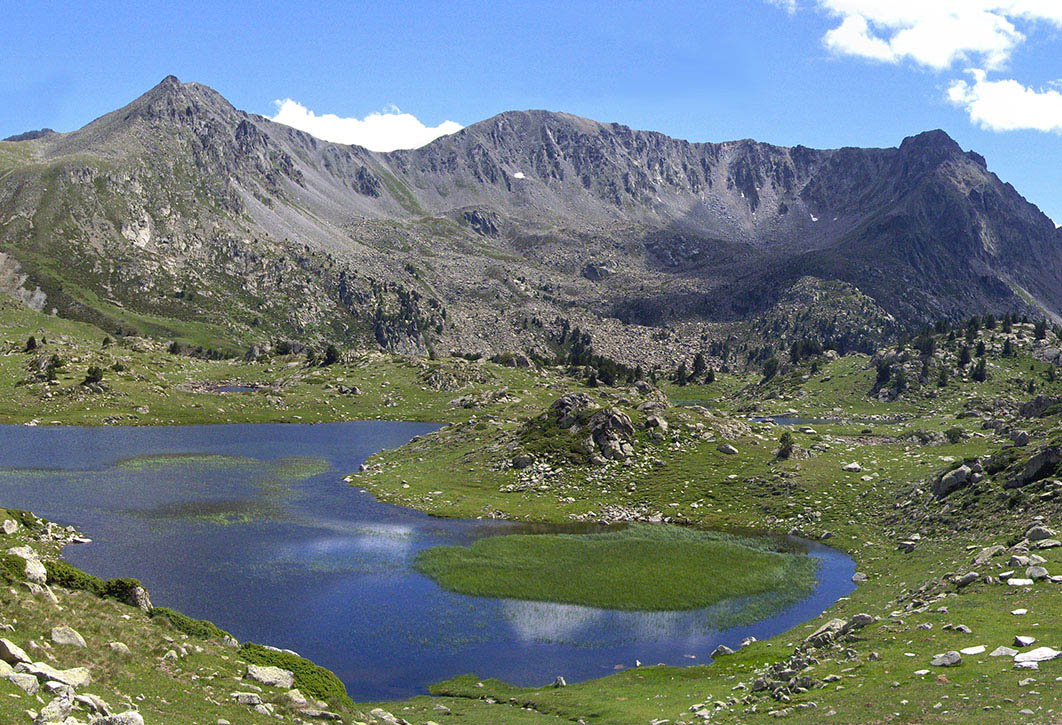 Distance/elevation: 16 kms / (+1.380m),(-125m)
Time: 5h05min (walking time without stops).
Difficulty: no difficulty, except for the elevation.
Water: you will find water throughout the stage. At first you will see drinking fountains, then later you will follow a river.

(0h0min;0km) Encamp (1.280m). Today’s stage begins in the Plaza del Consell (Tourist Information Office and chemist’s), where Joan Marti and François Mitterrand avenues meet. Take Carrer Major street to Sant Miquel church, pass it on your right and continue left along Carrer de Sant Miquel street. You pass a drinking fountain, at the next junction you continue right along Carrer d'Engolasters and then turn left down Carrer de L'Arena. You pass a roundabout and go straight on (second exit) via Camí de L'Arena. After 150m you go left at the turn-off and after a flight of steps reach a roundabout on the CG2 road. On the other side of the roundabout, next to some steps, a signpost indicates the way to Llac d'Engolasters and Riu Blanc. Climb the path that heads in that direction, among pine trees, until you reach a track just before...

(1h10min; 2.3kms) Llac d'Engolasters (1.630m). There is a small car par and a couple of bar-restaurants. Follow the track, passing the lake on your right. At the end of the lake, the track becomes a surfaced road. Soon afterwards the road forks left, and you continue to climb up to an old cable car station which was left abandoned in the 1980s. Follow this narrow road until you come out at another wider one.

(1h30min; 2.3kms) Car park de les Fonts (1.638m). There is a Tourist Information Office and a bus stop. The GR11 continues past the tourist office, while following the same route as the Camí dels Matxos, a local walk with yellow markings at the beginning. Further ahead it crosses a small tunnel and passes a panoramic view point on the right. You pass the Font de les Molleres and reach the picnic area where there is a small rock-climbing school, an area for shelter and a drinking fountain (dels Corralets). From this point on, the path begins to climb.

(2h10min; 5.9kms) Coll Jovell (1.779m). The path now heads down into Madriu valley in search of Cortals de Ràmio (abandoned village/livestock pens) which you pass down on the right. You later pass a building – which could serve as a shelter in case of emergency – and come to a crossing where the GR7 turns right. The GR11 climbs up Madriu valley along the so-called Camí de la Muntanya path. Further ahead you pass another building (closed) on the left and 25 minutes later you reach the...

(3h05min; 9.0kms) Refugio de Fontverd (1.880m). Drinking fountain. You walk on and after 20 minutes, pass the Cabaña de la Farga, after which the valley narrows and soon converges with the GRP (Andorra circular walk) coming from the right. You continue walking up the l'Estall Serret, pine trees give way to fields and you reach Pla de L'Ingla, where you will see a cabin (del Serrat de la Barracota) on the other side of the river. Keep walking and after 20 minutes you reach the...

(4h20min; 13.3kms) Refugio de Riu dels Orris (2.230m). You continue to climb – there is a cabin in ruins after 200m – along the Camí de la Muntanya while following the same route as the GR7 and the GRP, until you reach Estany de la Bova lake, and further on the Dels Estanys cabin. From this point on, the path changes its name to the Camí dels Estanys. After another 15 minutes’ climb you reach the...

In Encamp there is a choice of accommodation to suit every budget. Close to the centre, and for a reasonable price, you have Hotel París or Hotel Guillem.

Throughout the stage you will find a number of free shelters. At the Dels Corralets picnic area there is a covered space where you could take shelter. In Cortals de Ràmio there is a house by the path used by livestock which could serve as a shelter in case of emergency. After that, there is a closed building and further on, Refugio de Fontverd  (free, clean, gas cooker, running water). Following the Madriu valley for 20mins, there is Cabaña de la Farga (clean but without commodities) and beyond that, Cabaña del Serrat de la Barracota (not in great condition). After another 20 minutes you come to Refugio de Riu dels Orris (clean, small). Later on there are another 2 cabins in poor condition.

In Encamp you will find practically everything. A post office, a chemist’s, sports shops, a health clinic, banks, bars and restaurants, etc.

One option is to take the bus route Puigcerdà-La Seu d’Urgell–Lleida (Alsa ()). There is also a daily transport service between La Seu d'Urgell and Andorra (Grup Montmantell ()). From Monday to Saturday it runs 28 times a day, and on Sundays, 10. There are regular bus routes from Andorra la Vella: Movilitat i Transport Públic: L6 Andorra la Vella-Ordino and L2 Andorra la Vella-Encamp. 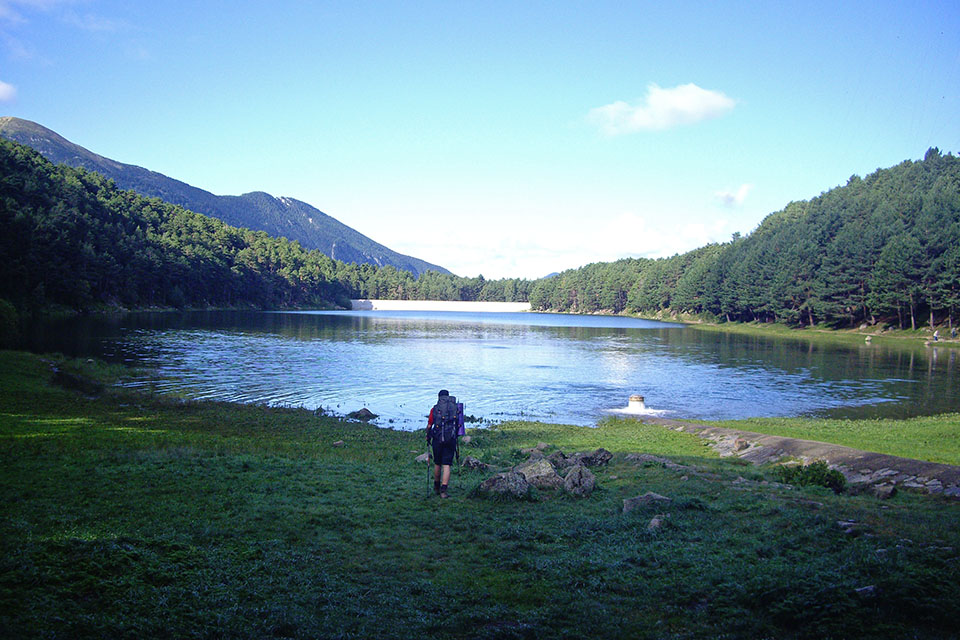 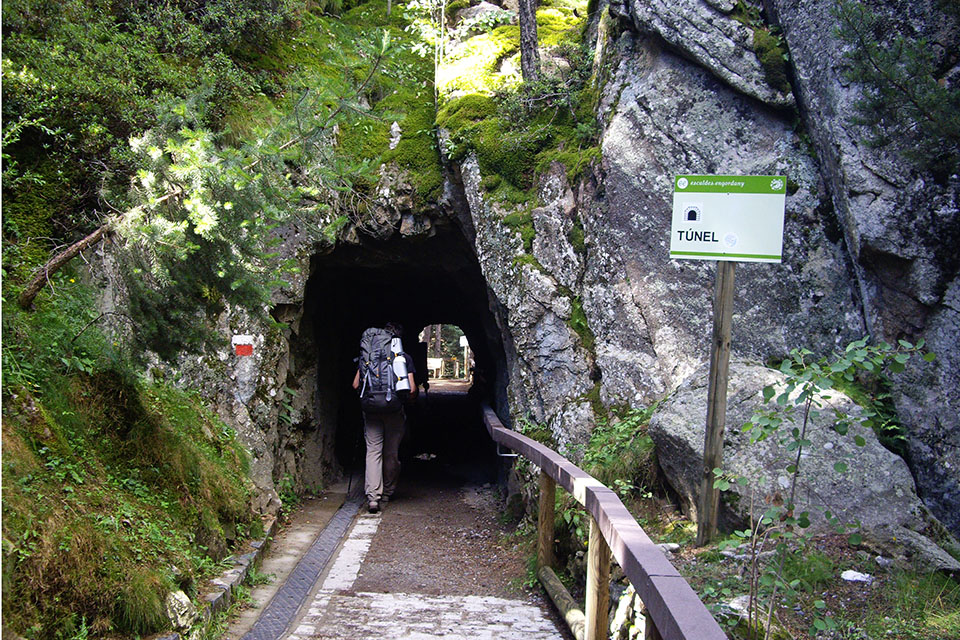 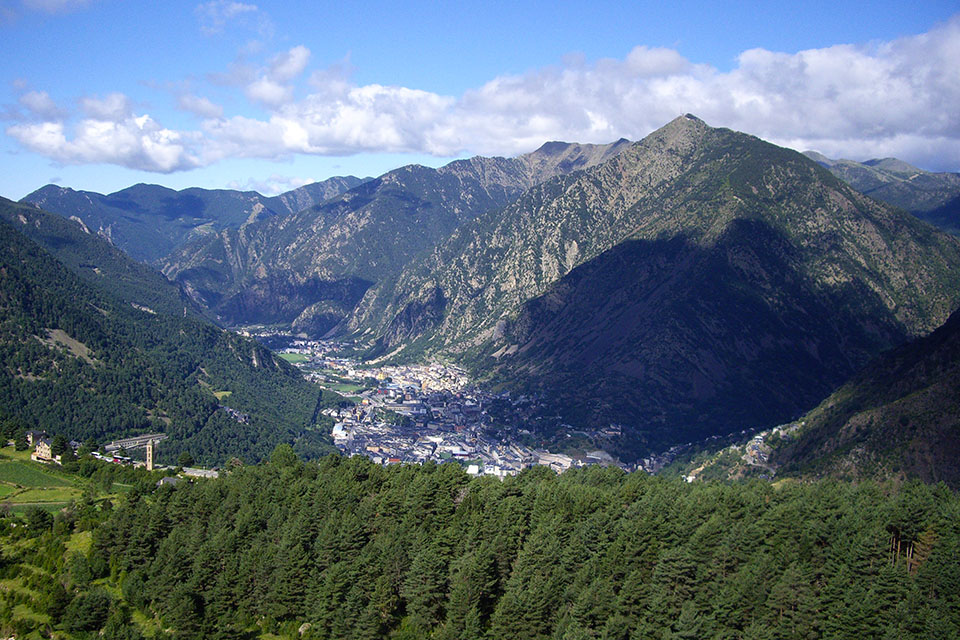 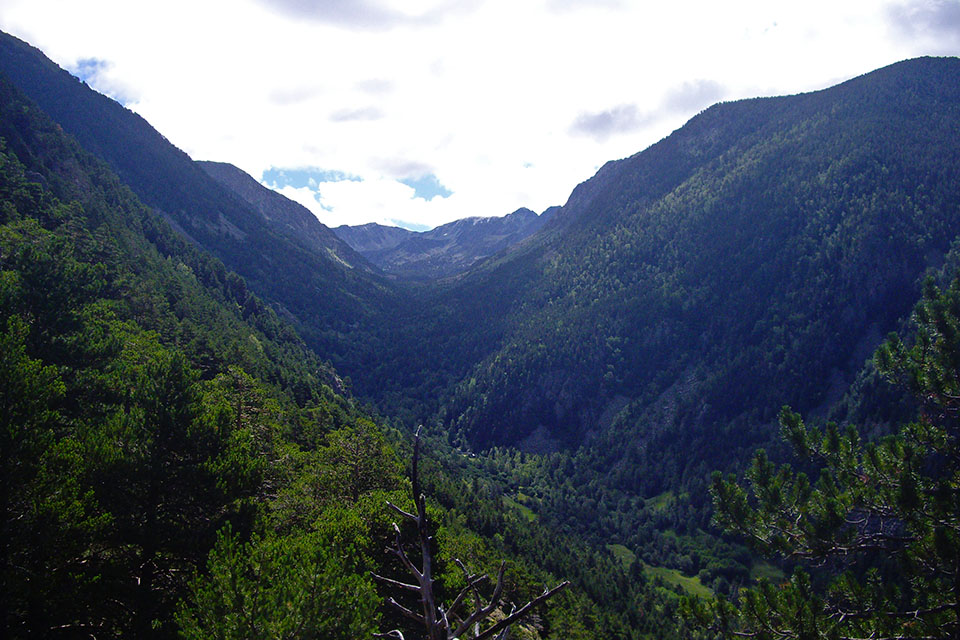 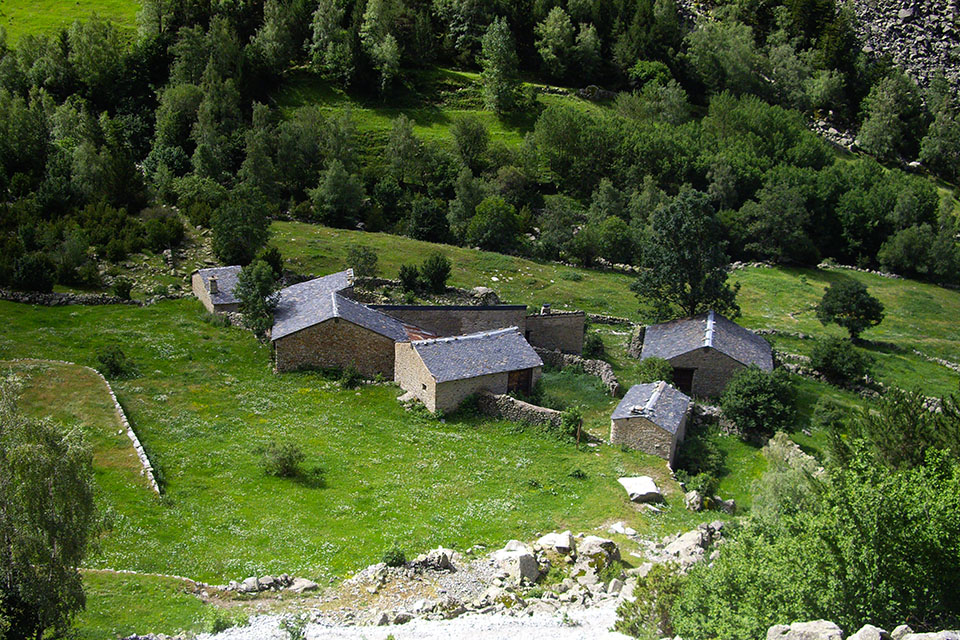 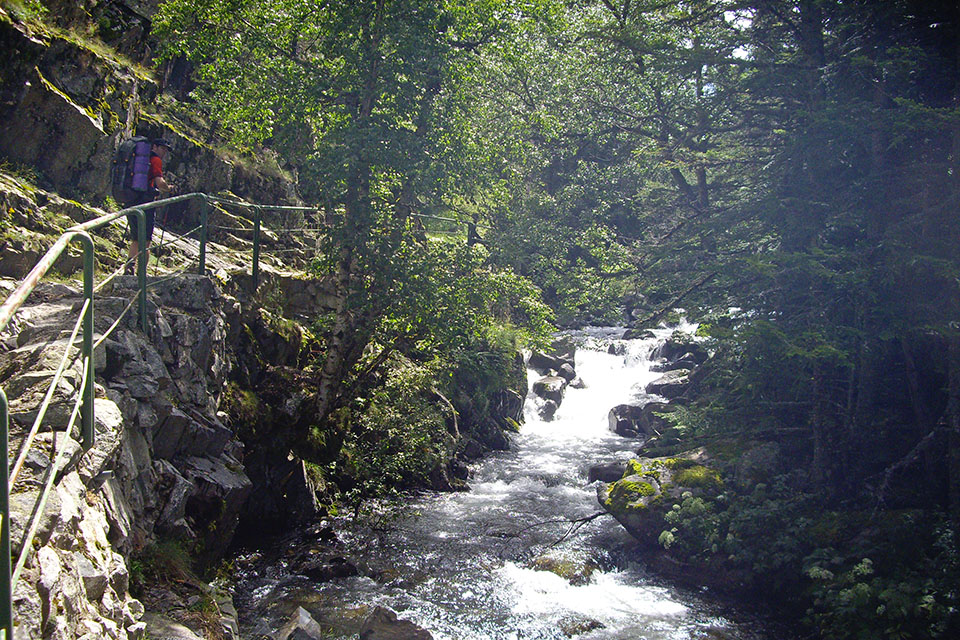 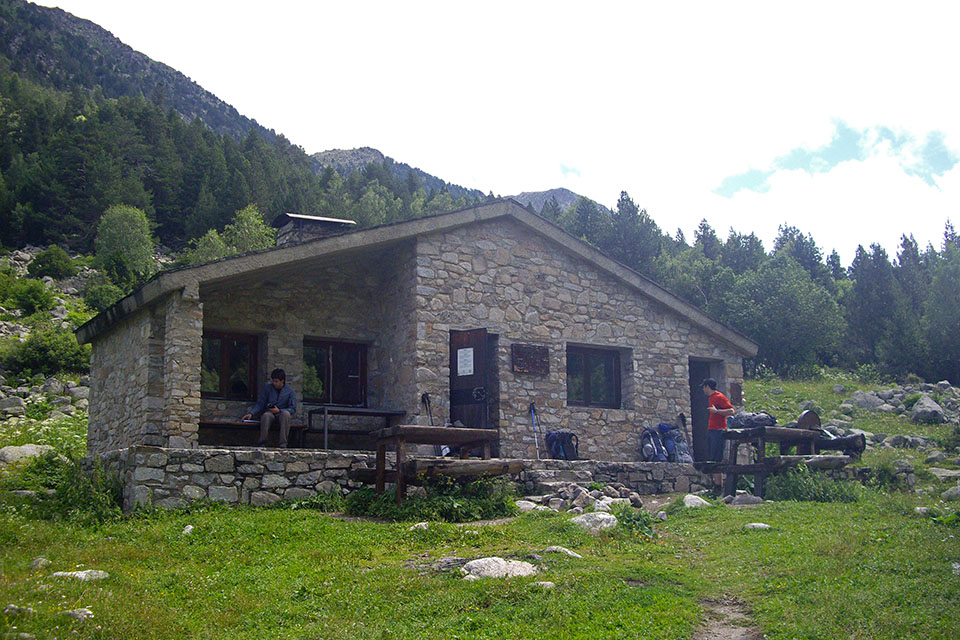 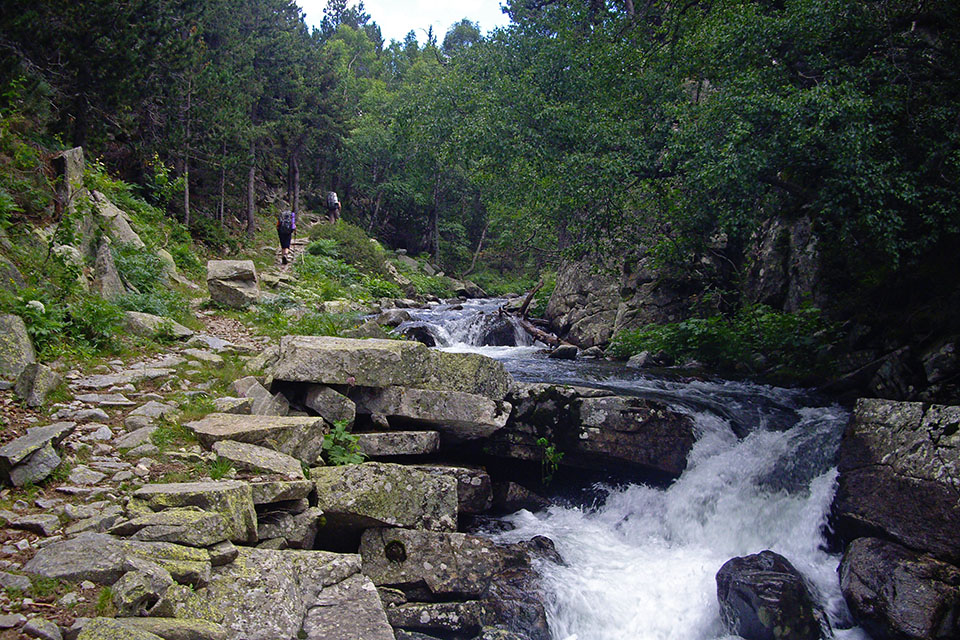 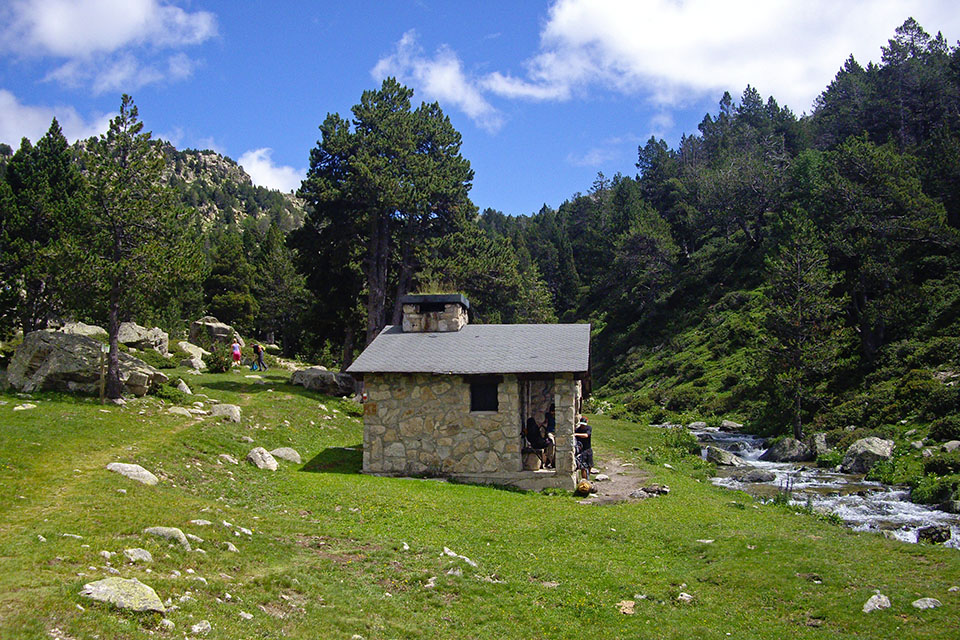 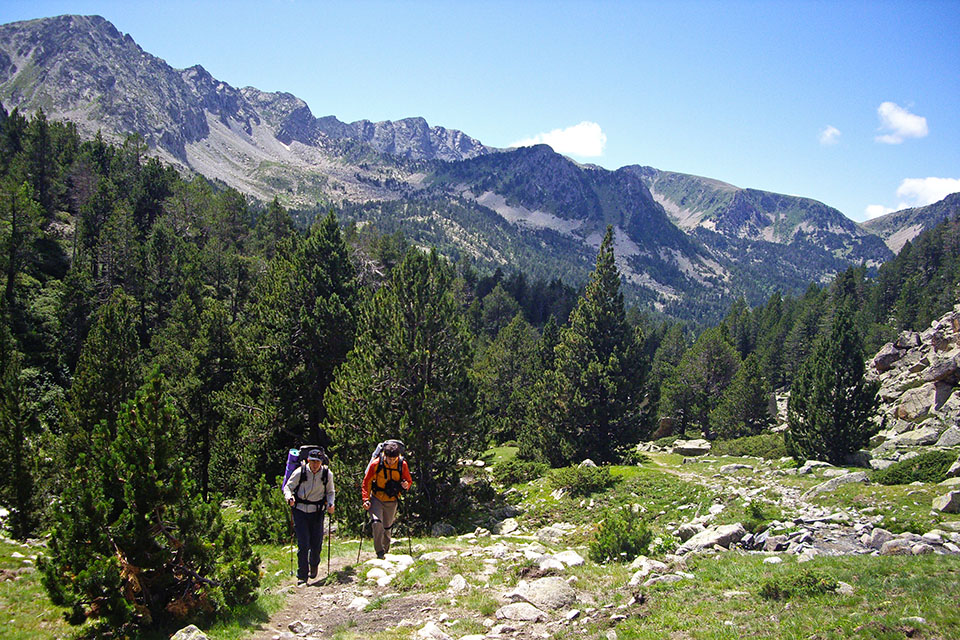 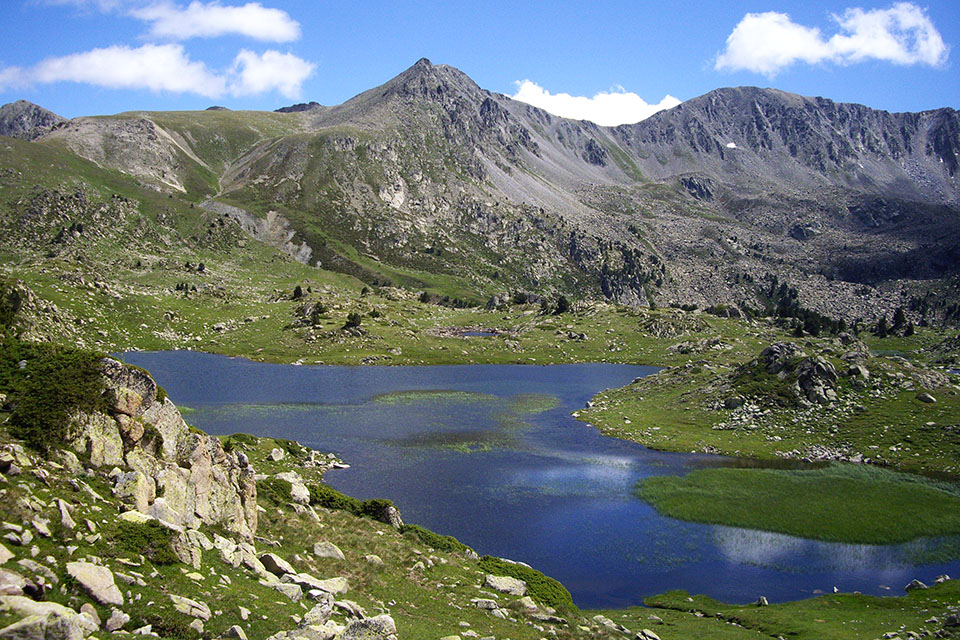 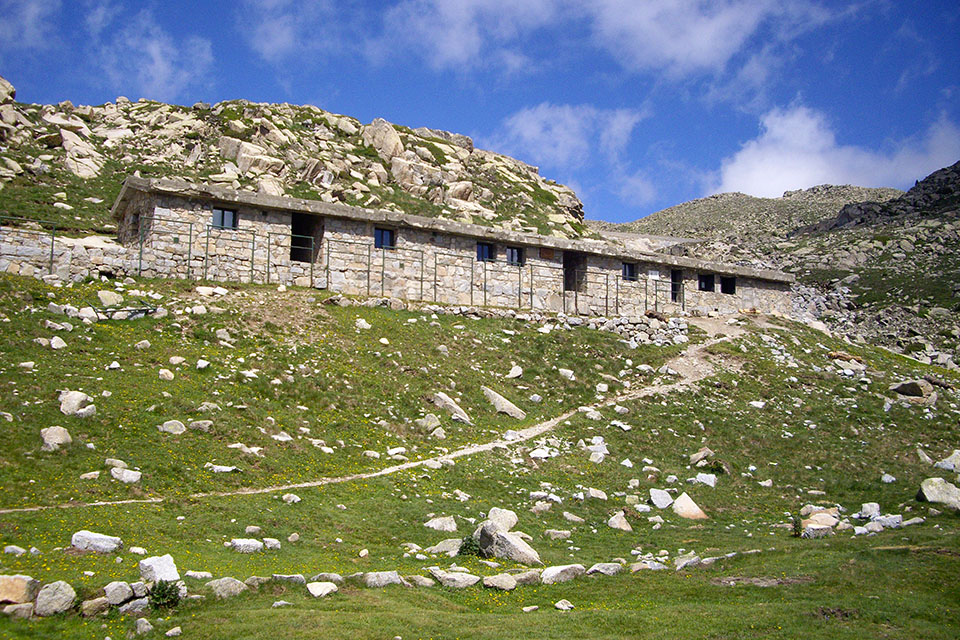 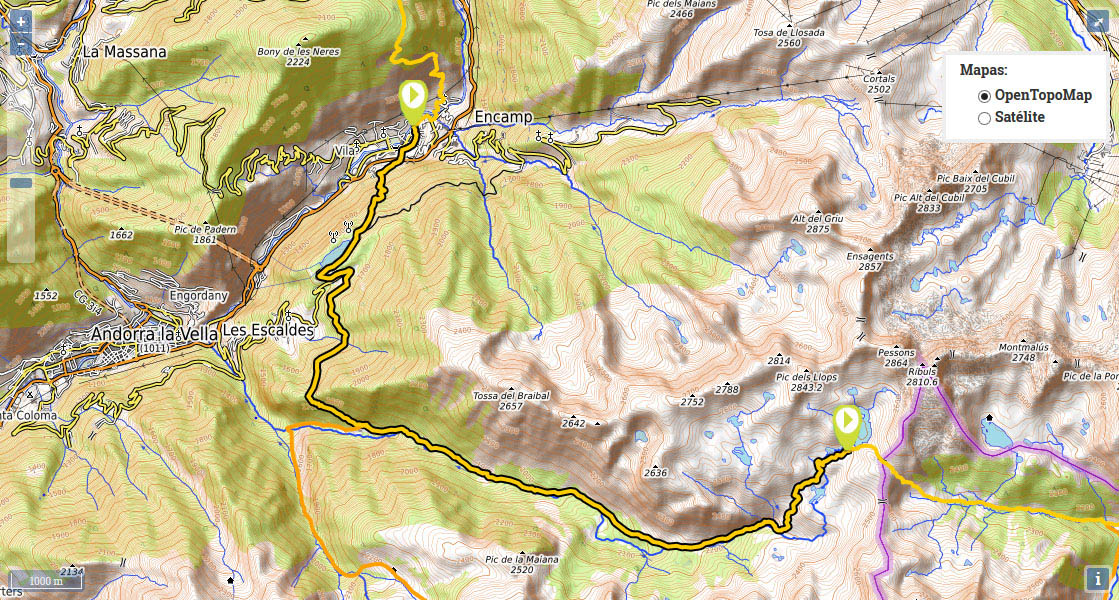 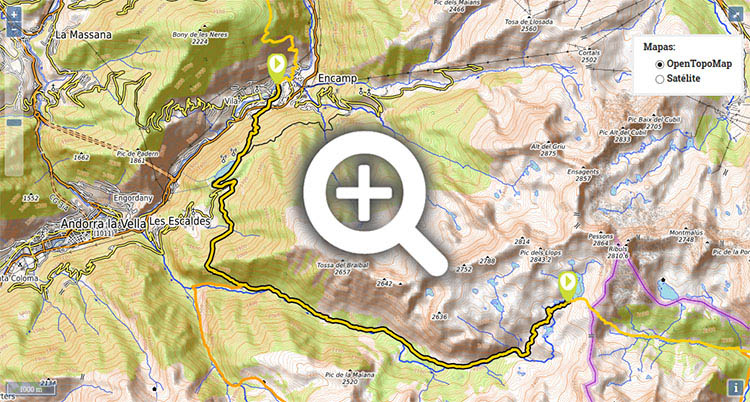