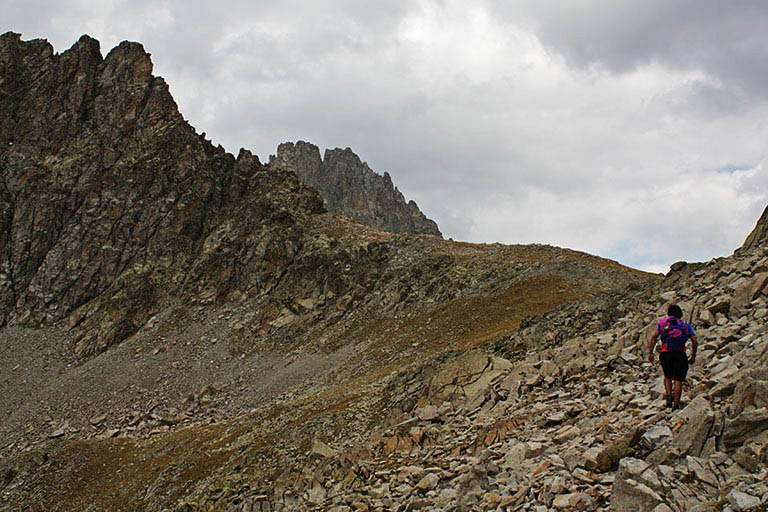 Distance/elevation: 21 kms / (+1,100),(-1,430)
Time: 7h20min (walking time without stops).
Difficulty: snow may be present at the Cuello Alto de Brazato until July. If you are walking this stage in early summer or in late May, when snow reaches Brazato reservoir, the use of an ice axe will be requisite for the ascent of the slope beyond the reservoir. The route is clearly marked.
Water: On the way up to Brazato reservoir you will find there are no places to get water. Later on, you have water from the reservoir and the mountain lakes, as well as from the streams running off them. The Ara valley is an area where livestock graze at will. There are, however, several streams that spring from the left bank that are hoof-free.

(0h0min; 0 kms) Balneario de Panticosa (1,638m) From the Casa de Piedra auberge, the GR11 heads south along a tree-lined path, crosses the bridge over the river Caldarés on the left and continues through gardens and alongside a torrent canal, from Brazato. Continue walking, past a drinking fountain on the left, cross a kind of square and head towards the steps opposite, by the Italian restaurant: “La Fontana del Balneario”. Once on the path, after about 10 minutes, you will see a crossing that to the left heads to Bachimaña. You keep right, zigzagging through the pine forest. At an altitude of around 2,140 metros – after an hour and twenty minutes – you will make out a small shelter on the right, some 150 metres away. You continue climbing for 10 minutes until you reach a picnic area, which is crossed by the pipeline that comes from Brazato reservoir. You walk across it and continue uphill (30 minutes) along the left bank.

(2h00min; 4.8 kms) Brazato reservoir dam (2,380m). From this point you can see a path that heads up the north side of the reservoir, along a stretch that can be delicate if snow is present. Brazato reservoir is now below you. At the end of the climb the Altos de Brazato lakes appear on the left. To the right is Brazato col, which you head towards along the hillside.

(2h40min; 6.1 kms) Cuello Alto de Brazato / Puerto Viejo (2,566m). It is well worth taking a long break to take in the views. To the west, the deep valley that plays host to Panticosa spa, to the other side, the Ara river valley and Vignemale. The path leaves behind the rocky peaks of los Batanes to the north and descends across rough terrain, strewn with boulders, down the ravine of the same name, skirting the Batáns lakes on the left.

(4h15min; 9.8 kms) Río Ara (2,031m). At the point where the ravine and the waters from the river Ara join, there used to be a variant of the GR11 - not waymarked – that came straight from Bachimaña reservoir. From here on, there awaits a long descent following the waters of the river Ara. The path heads down through fields along the left bank of the river, at the foot of the Vignemale massif. It is the Pico de Cerbillona (3,247m) that looms large over the valley, and further down it is the imposing presence of the Tapou (3,151m). After 10 minutes you will pass a rain gauge. All along the left bank a number of water currents that are free from livestock contamination spring up. Further ahead, you will see a footbridge on the right (35 minutes after crossing the Ara) and 20 minutes later you will come to the...

(5h10min; 12.6 kms) Labaza / Zerbillonar cabin (1,800m). The path continues downhill mostly past fields except for the odd patch of woodland. After 35 minutes you pass an area with a drop to the right which is protected by fencing.

(6h15min; 15.8 kms) Refugio del vado de Ordiso (1,580m). The valley of Ordiso opens out to the right. A track reaches this point, and you follow it for some 45 minutes, passing a drinking fountain on the way, until you pass a hairpin bend on the right. The trail continues across the fields of Laña Larga, by the river, as far as the bridge at Bujaruelo.

At the beginning of the stage, the Casa de Piedra auberge (/) has a bar, food service and a free kitchen. If it’s luxury you are looking for, you can always stay at the Gran Hotel.

At the end of the stage, the Refugio de Bujaruelo (//) , (64 beds in rooms for 2, 4 or 8) has a restaurant, a café, camping facilities and food all day long. Three kilometres down the road, following the track coming from Puente de los Navarros you will find the Valle de Bujaruelo campsite (//) . As well as an area for camping, it has chalets, a shelter, a bar-restaurant plus a small supermarket.

The Valle de Bujaruelo campsite has its own supermarket.

There are no bus services to the Balneario de Panticosa. The nearest option is the village of Panticosa which is 7.3kms away. From there, there are regular bus services to and from Sabiñanigo and Jaca with the company Alosa.

Bujaruelo is accessible by car via a track (6kms from Puente de los Navarros). Further information on access to the Ordesa valley is given in the next stage. 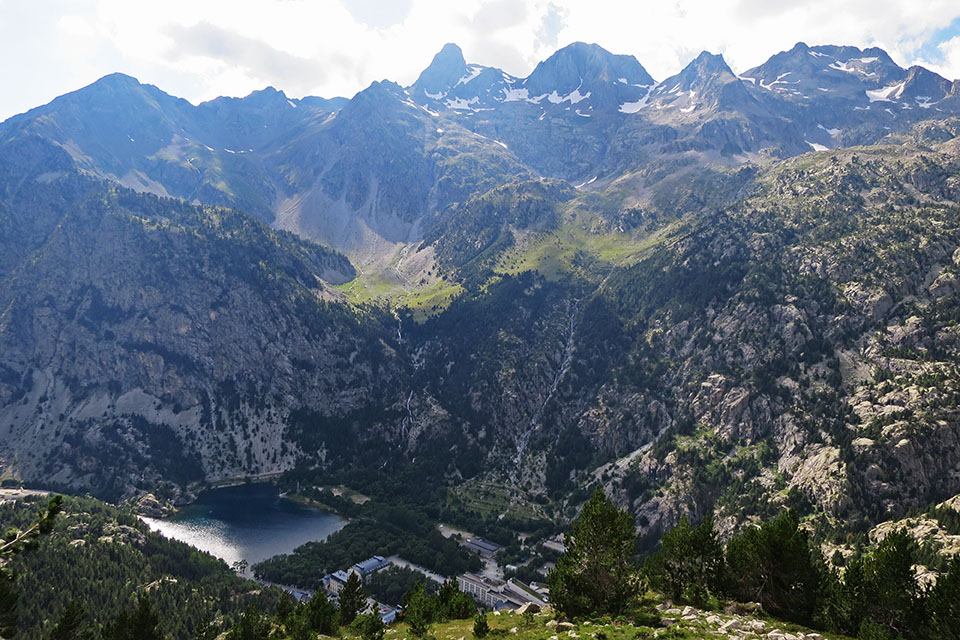 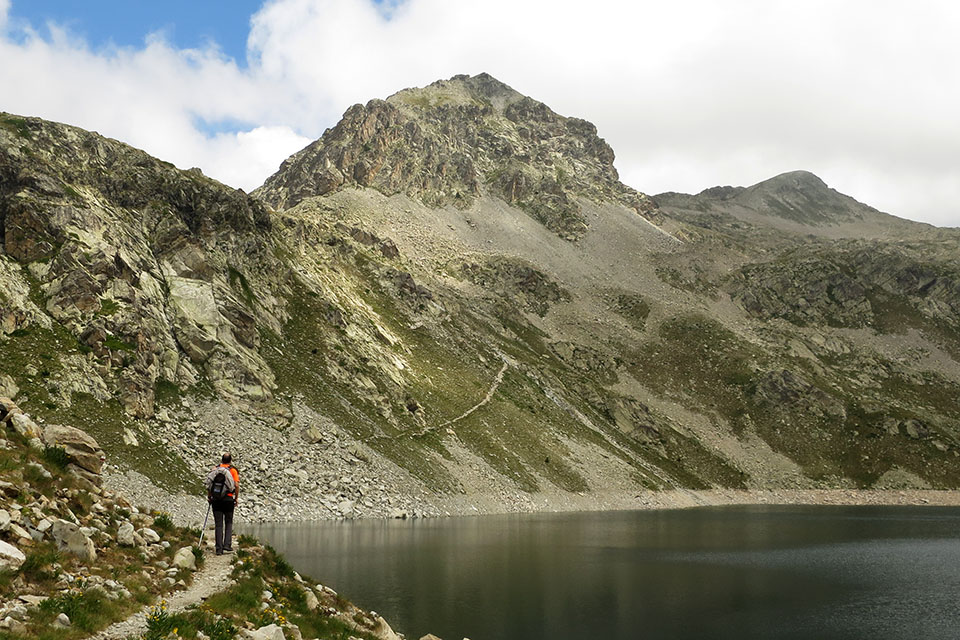 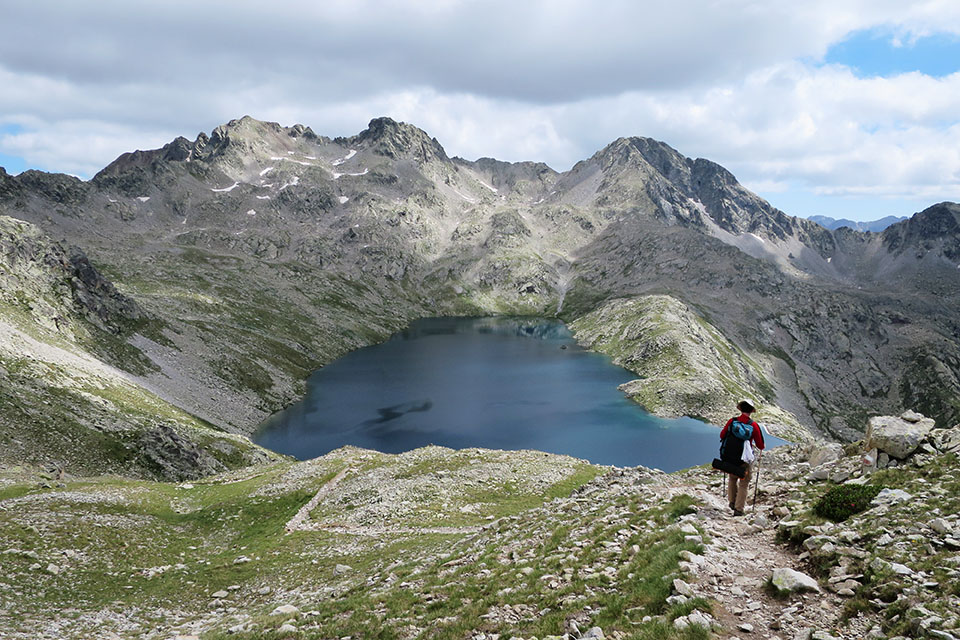 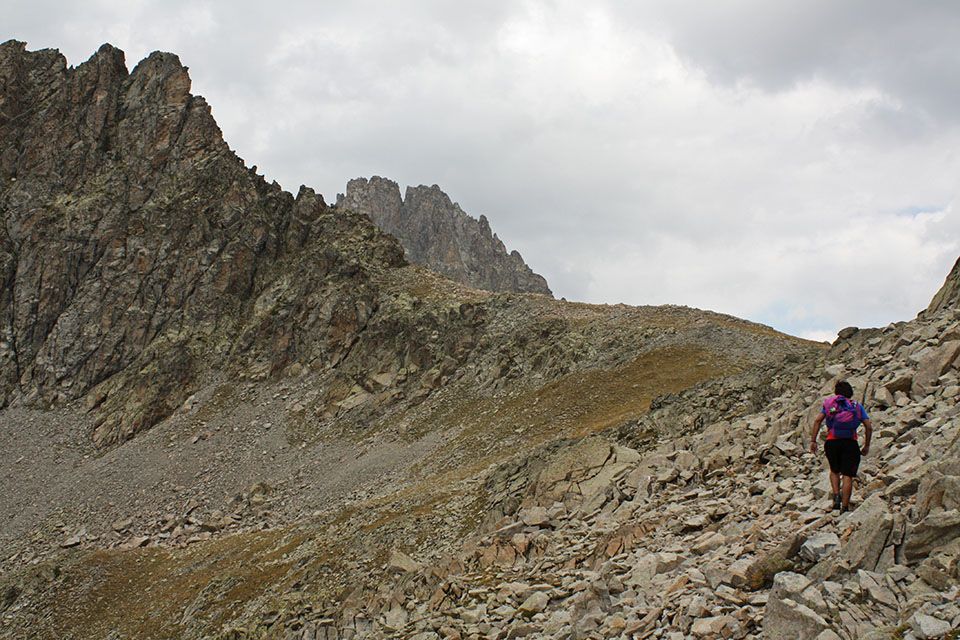 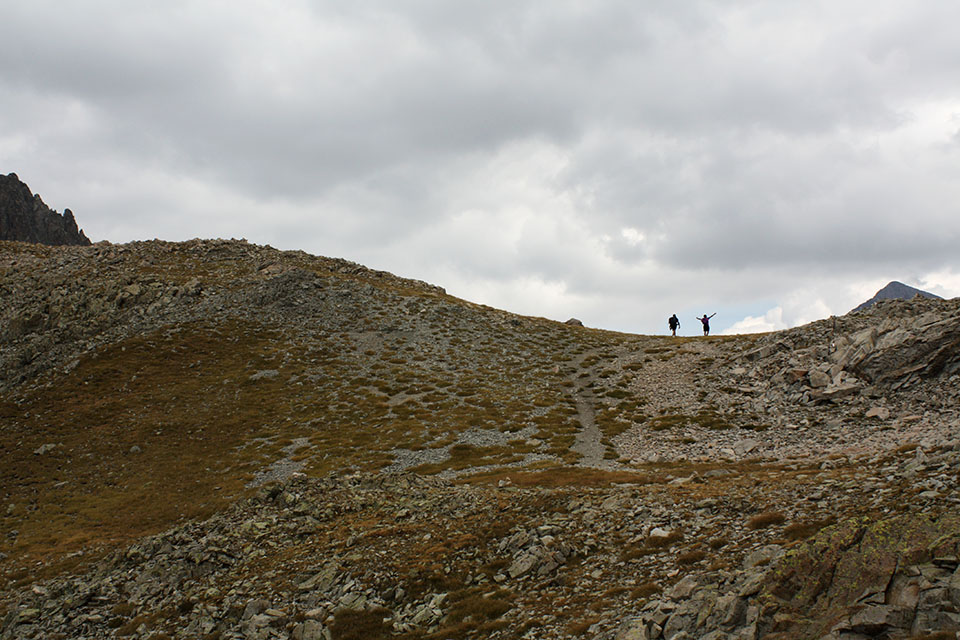 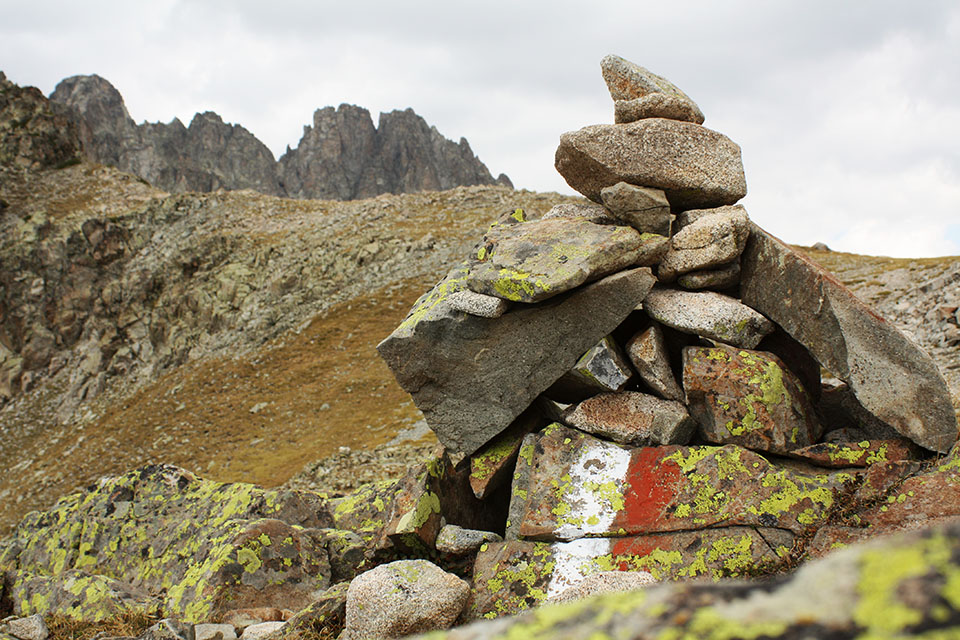 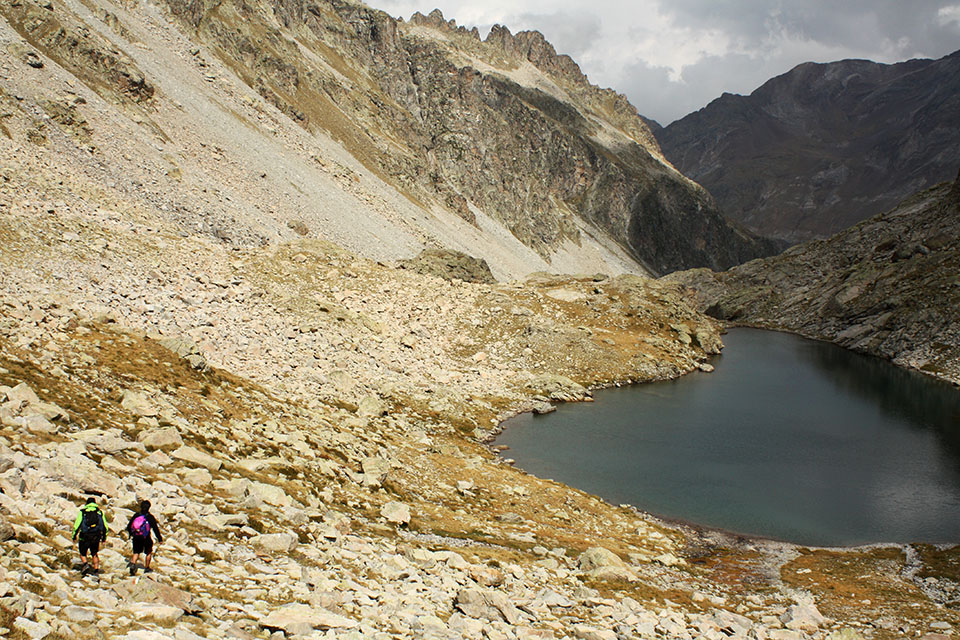 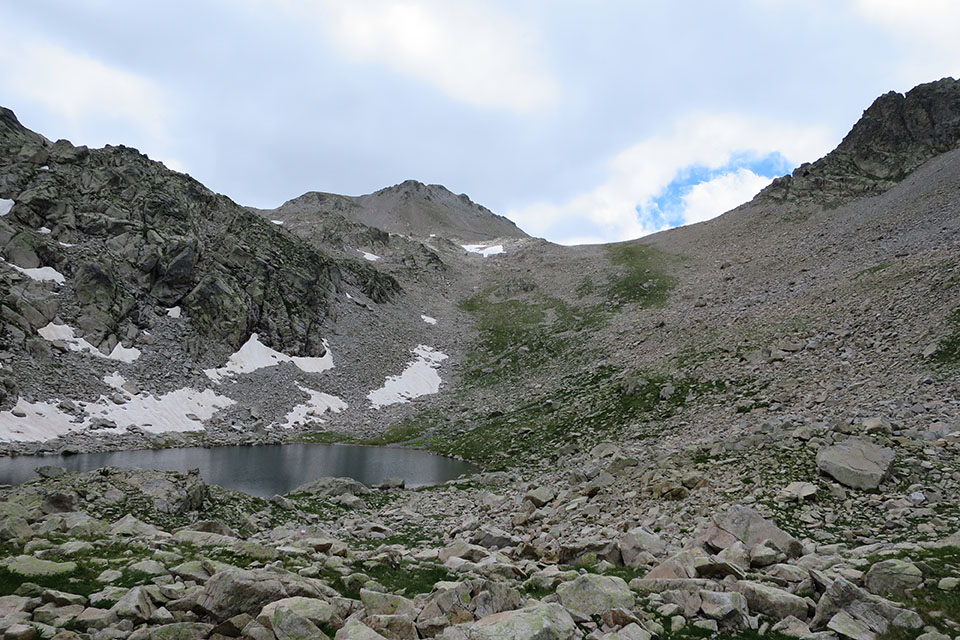 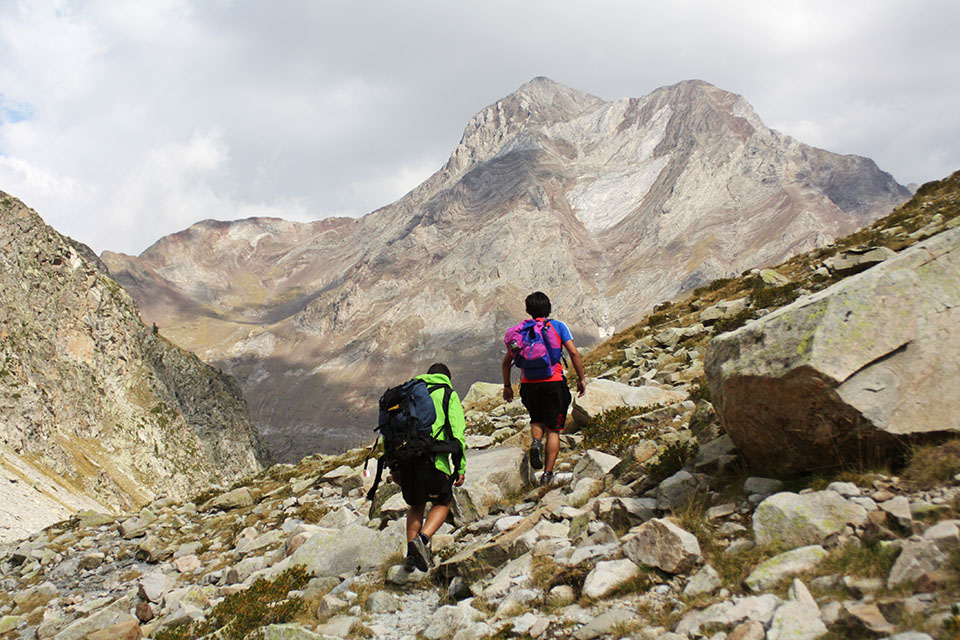 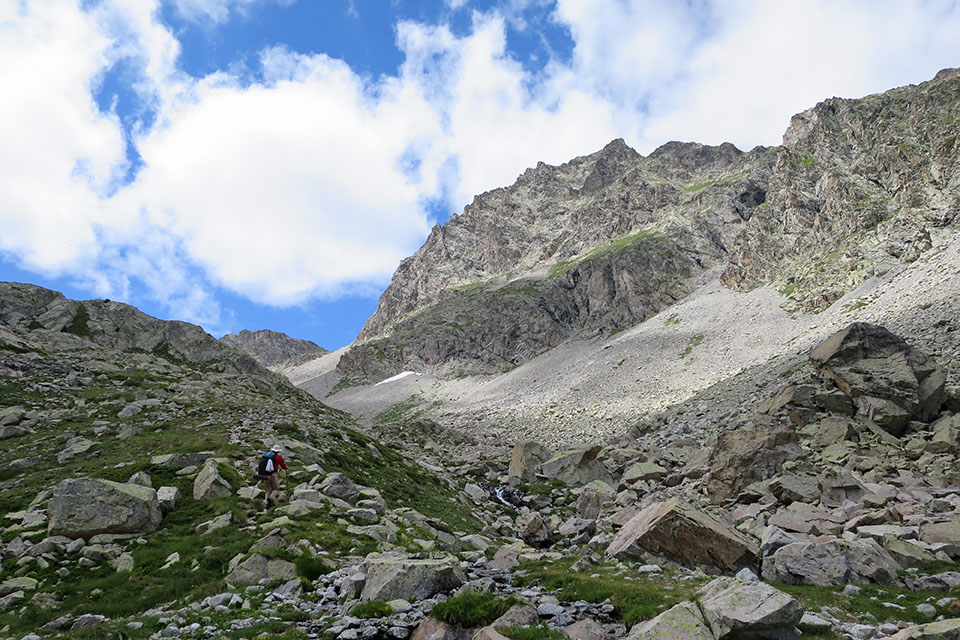 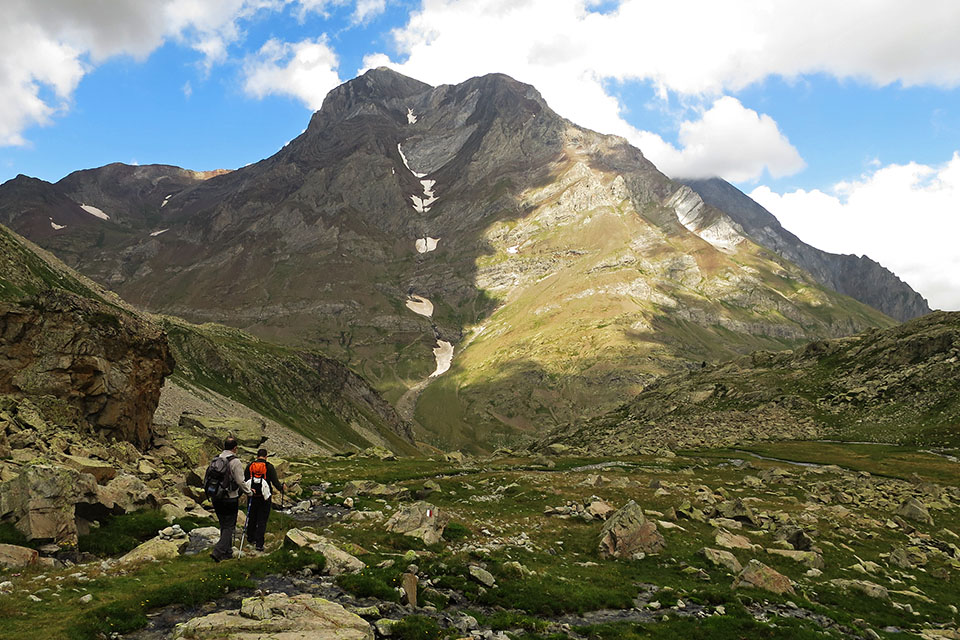 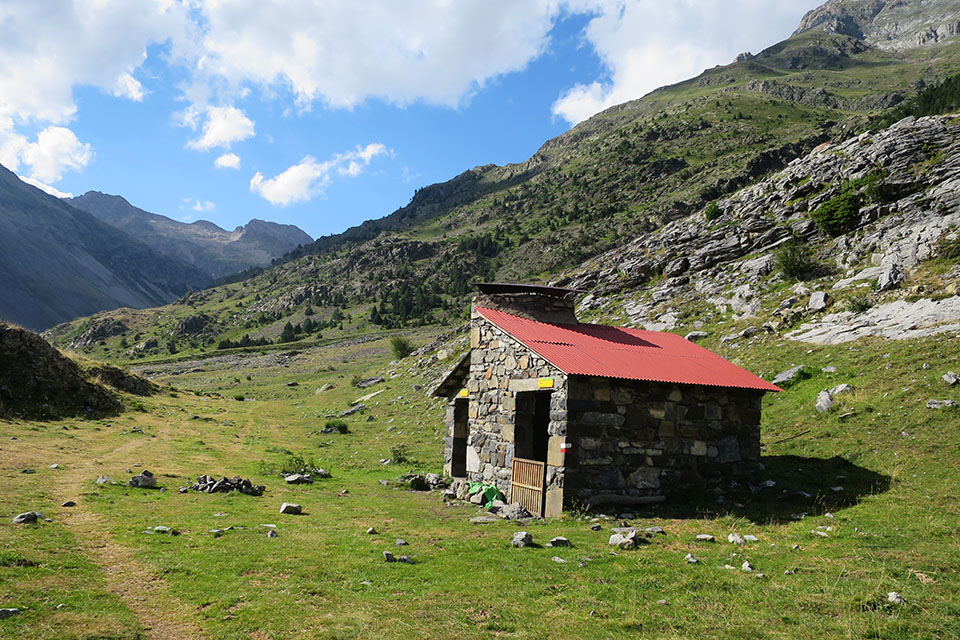 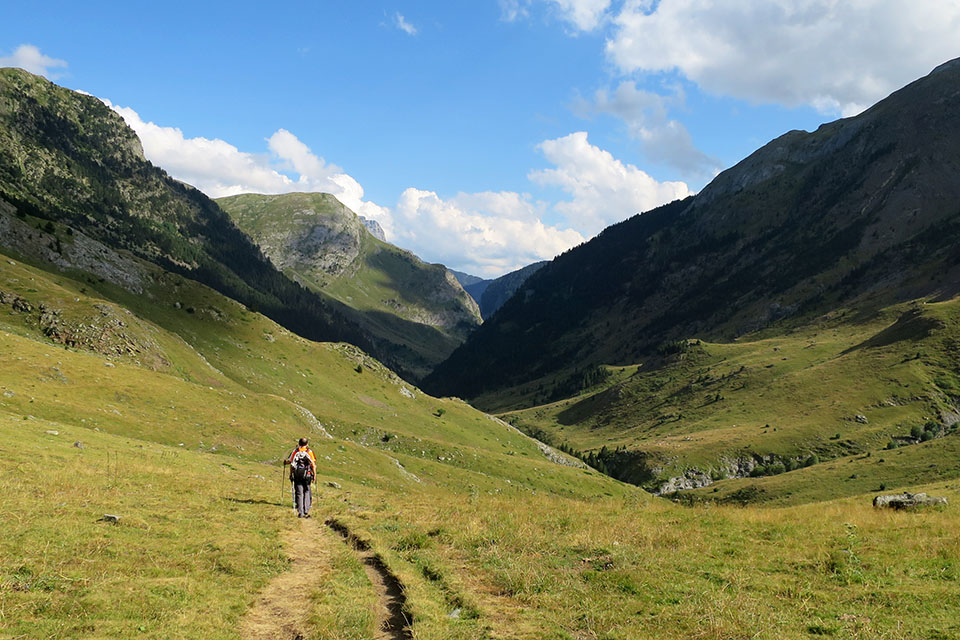 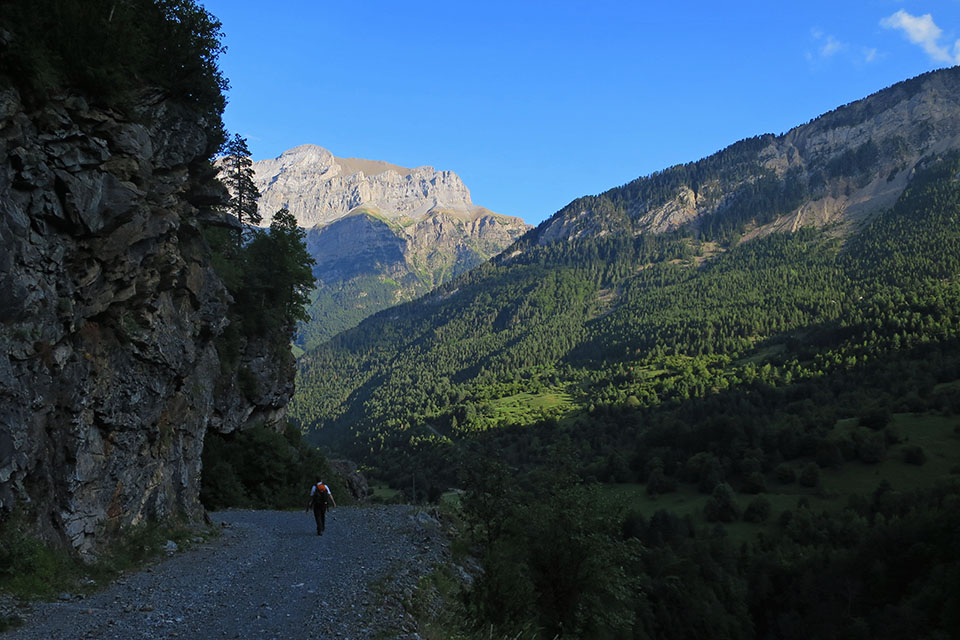 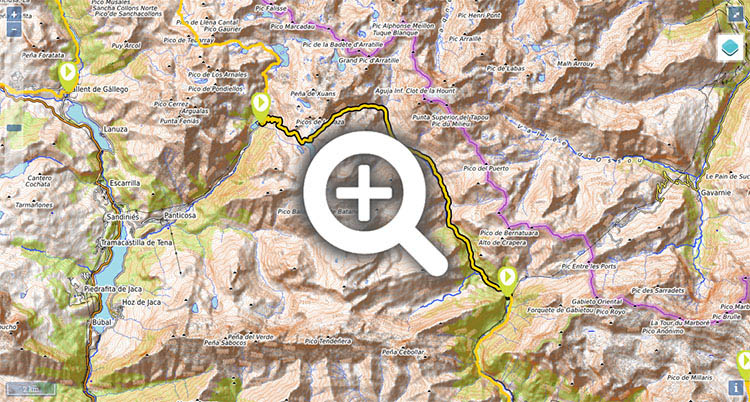