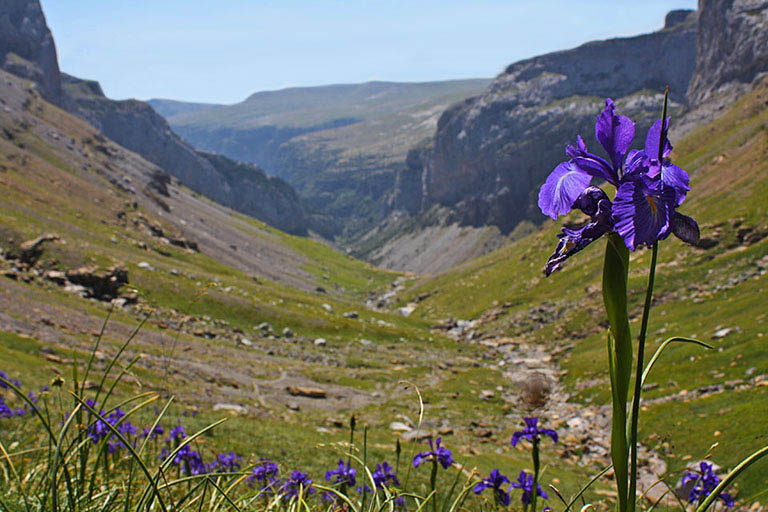 Distance/elevation: 13.4kms / (+943m),(-1,863m).
Time: 7h40min (walking time without stops).
Difficulty: This is rugged terrain and it is difficult to make steady progress. The final descent to Pineta is probably the toughest of the whole GR11 trail.
Water: You will come across streams throughout the stage.
Suggestions: You can shorten the stage both in terms of time and elevation by going via Faja de las Olas (GR11.9). This variant is only to be recommended in favourable weather conditions by mountaineers who do not suffer too easily from a fear of heights.

(0h00min; 0.0kms) Refugio de Góriz (2,200m). A number of trails head out in all directions from this point. The GR11 heads in an easterly direction, leaving the weather station on the right, and coninues up the hillside to Arrablo or Góriz pass, between Punta Custodia (2,519m) and Morrón de Arrablo (2,792m).

(0h45min; 2.0kms) Collado de Arrablo (2,343m). There are two alternative routes at this point: either via Faja de las Olas (GR11.9) or via Fuen Blanca. On this occasion you are opting for Fuen Blanca, a longer route with greater elevation gain and loss, but also safer and more spectacular. The path heads down Arrablo ravine – interrupted by a series of steps where you will need to make use of your hands – towards Fuen Blanca (1,680m), right on the upper section of the route to Añisclo canyon. The path drops down the right-hand side for about an hour and a quarter until it crosses the ravine. You pass a stream 25 minutes later, followed by Fuenblanca cabin (in acceptable condition), almost at the bottom of the descent.

(2h30min; 5.5kms) Fuen Blanca - río Bellos (1,680m). The path rises up to the right (left-hand margin) through the valley hewn by the river Bellos, which gushes downhill forming numerous waterfalls on its way. After 50 minutes you cross a stream where you will be able to fill up with water.

(5h40min; 10.3kms) drinking fountain (2,000m). After five minutes you pass a fork to the left that leads to Pineta cirque via Faja de la Tormosa. You head into the woods. The path veers right in a southeasterly direction. You pass a stream. The trickiest part of the descent is ahead of you, as you will need to clamber over a series of ledges. You pass a couple more streams before reaching Las Inglatas, where there is a crossing which takes you to the auberge in Pineta, either via Pradera de Pineta (1h10min), or in a much shorter time, by crossing the river without a bridge (10 minutes). River permitting, you should go for the shorter option to get to the...

At the beginning of the stage, you have the Refugio de Góriz (). In high season and most weekends of the year it tends to be fully booked, so we recommend you book well in advance.

At the end of the stage you have the Refugio de Pineta ().

During the stage, you have the Capradiza free shelter and the Fuen Blanca cabin.

In Bielsa (12kms from Pineta) there is a wide choice of accommodation.

In Bielsa you will find a supermarket, pharmacy, butcher’s, cobbler’s, health centre or ATM. There are also a number of eateries.

Góriz mountain refuge is only accessible on foot. The most common starting point is Pradera de Ordesa (private vehicles are not allowed access in summer. A bus service runs from Torla all day long).

Pineta mountain refuge is accessible by road from Bielsa (12kms). The road continues another 2kms until it reaches the chapel of Nª Sª de Pineta and the Parador Nacional. There are no bus services to this point, so the best option is to take a taxi.

Buses: there is a bus service that operates from Bielsa to Ainsa (in July and August, one per day in the morning, returning in the afternoon/evening; the rest of the year M/W/F). 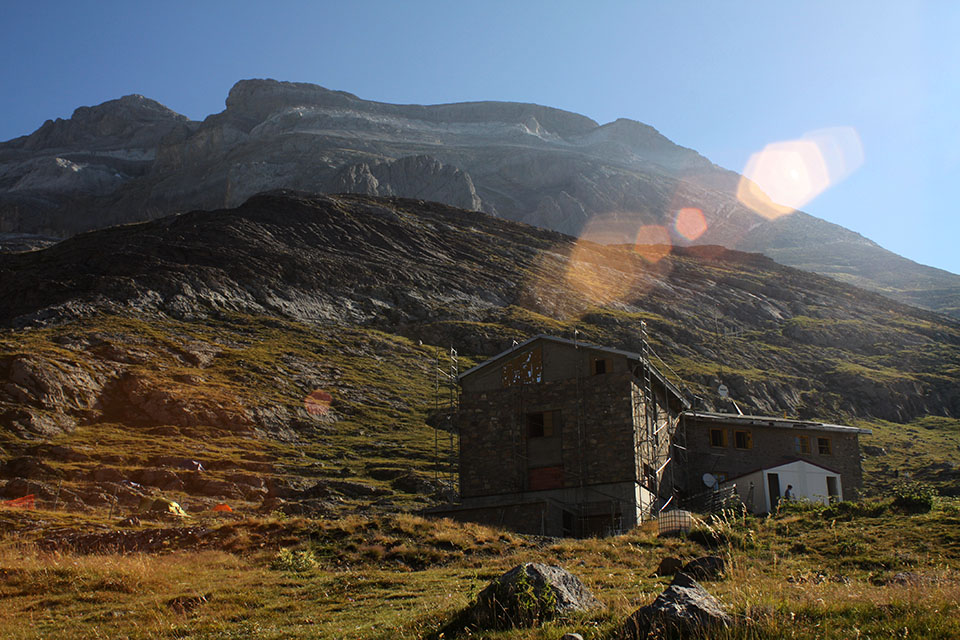 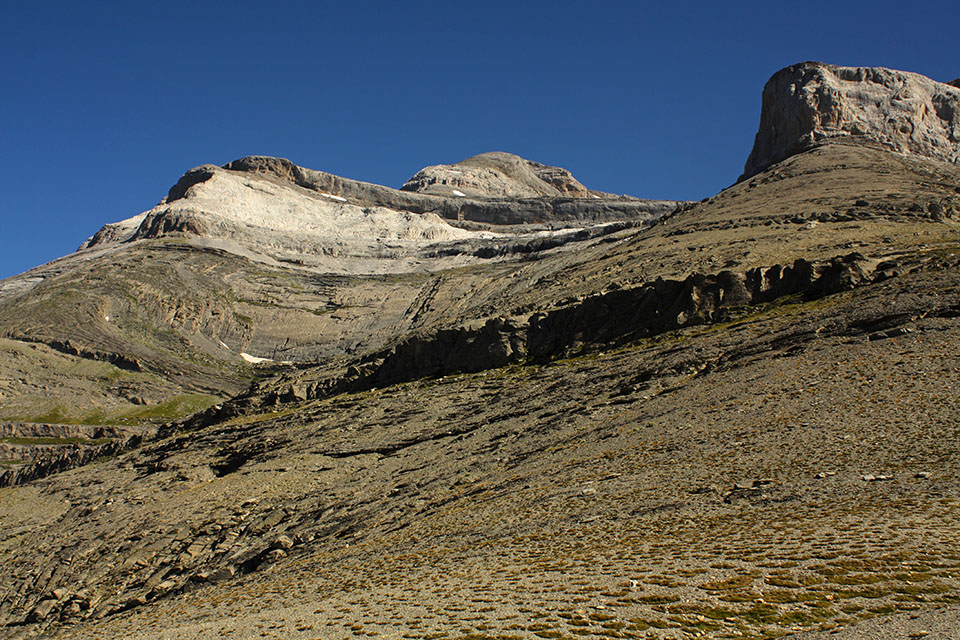 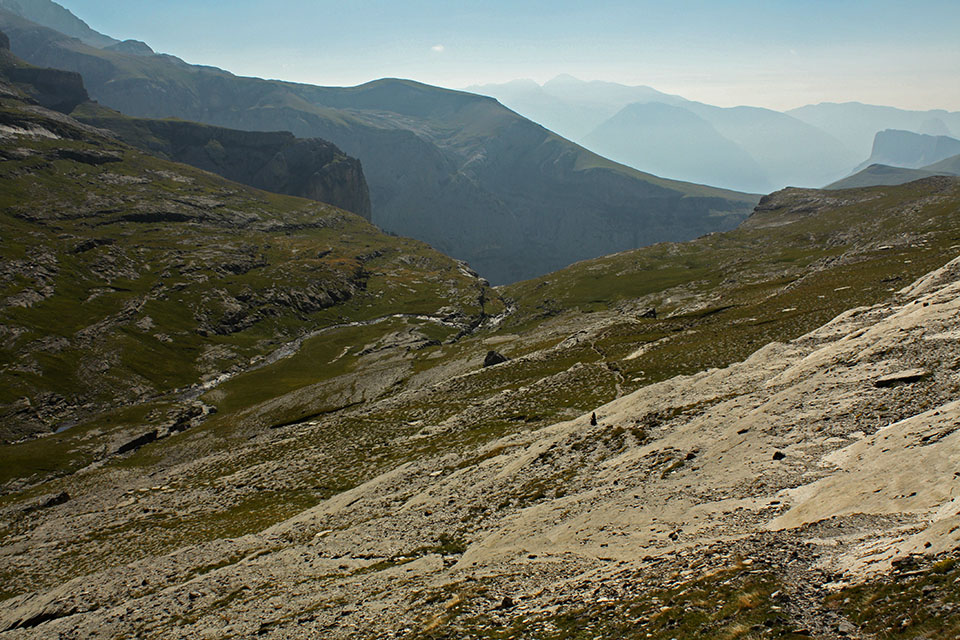 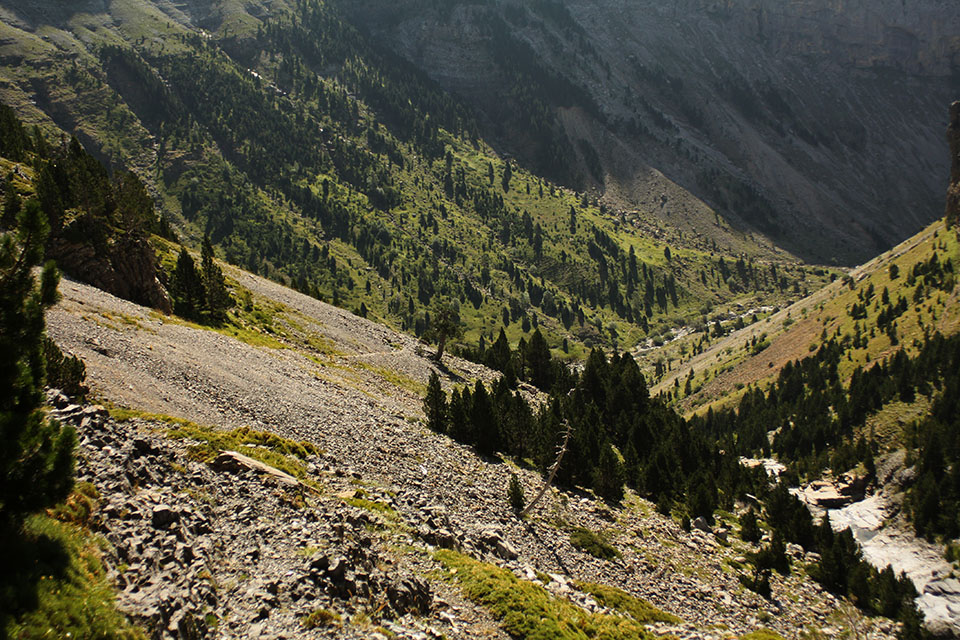 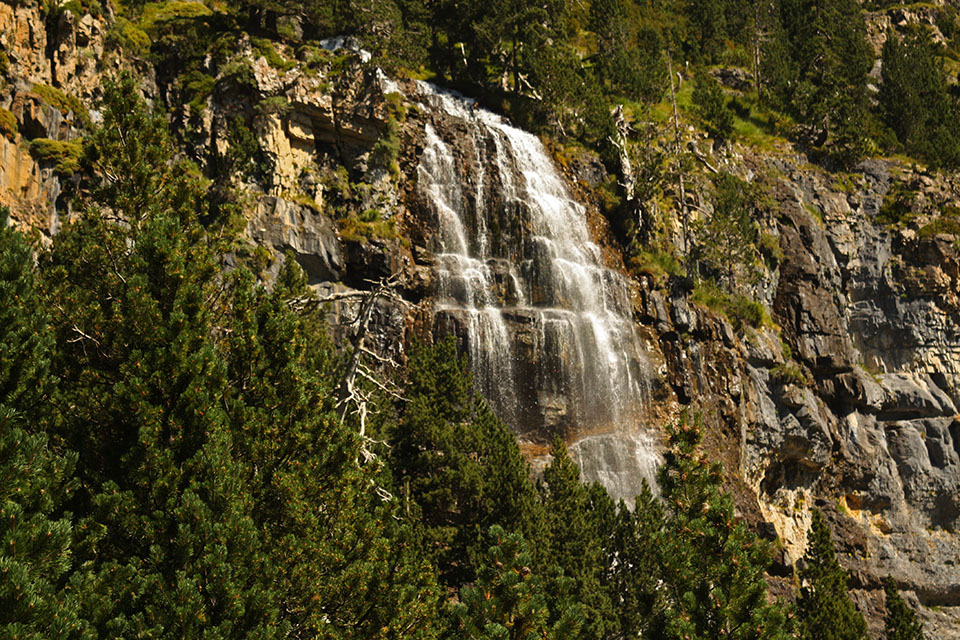 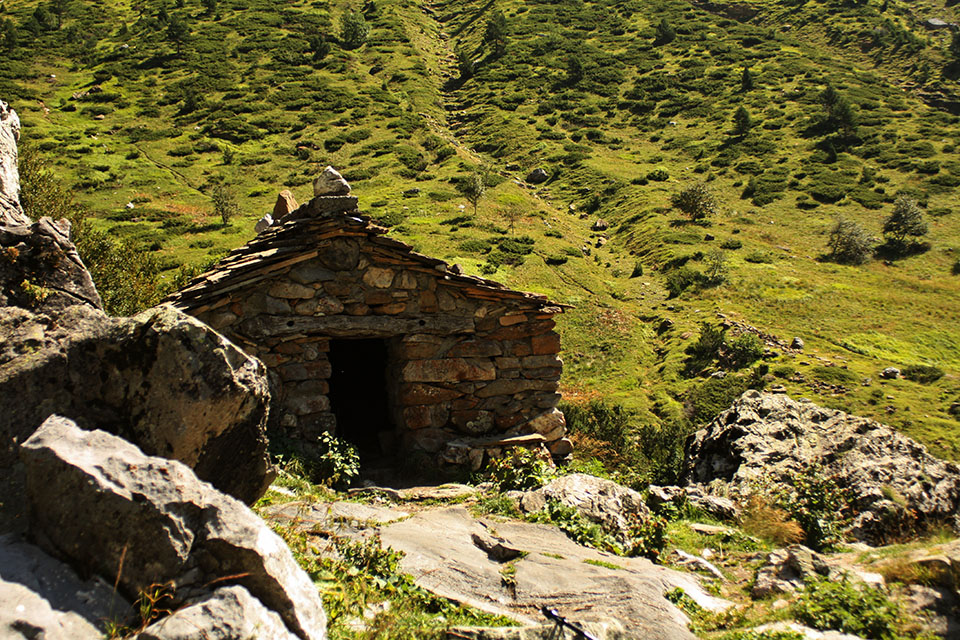 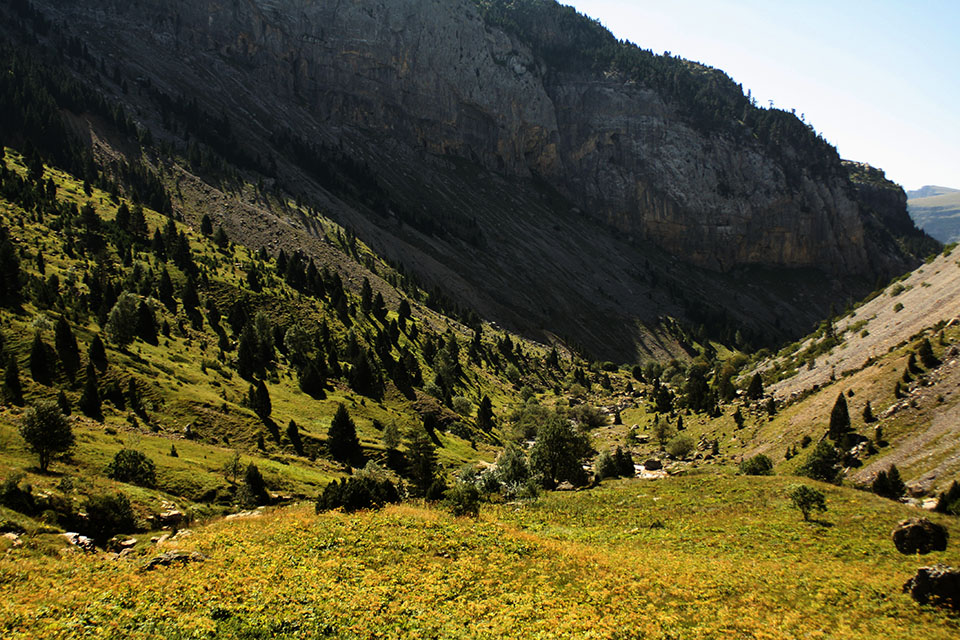 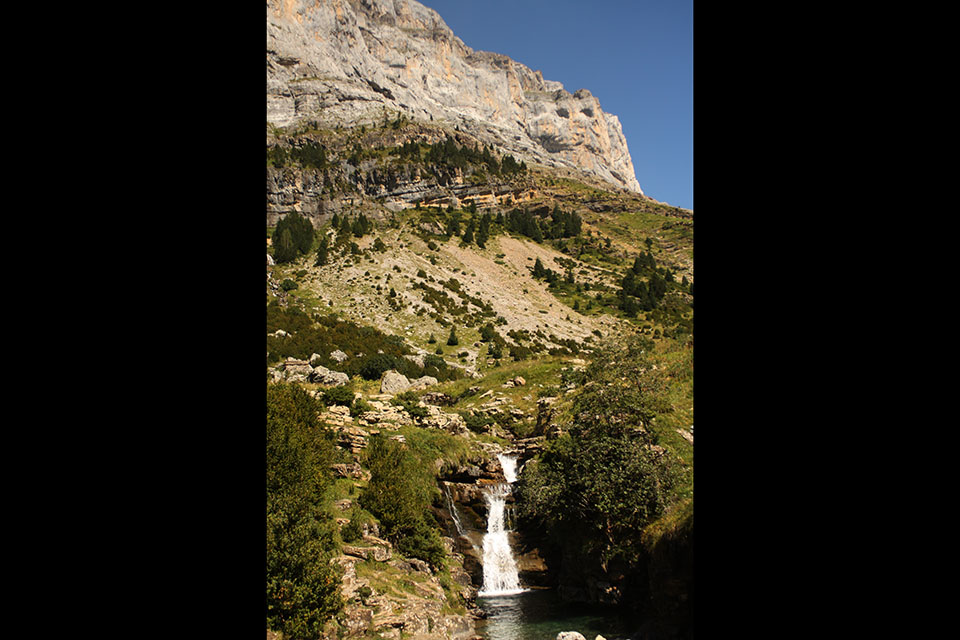 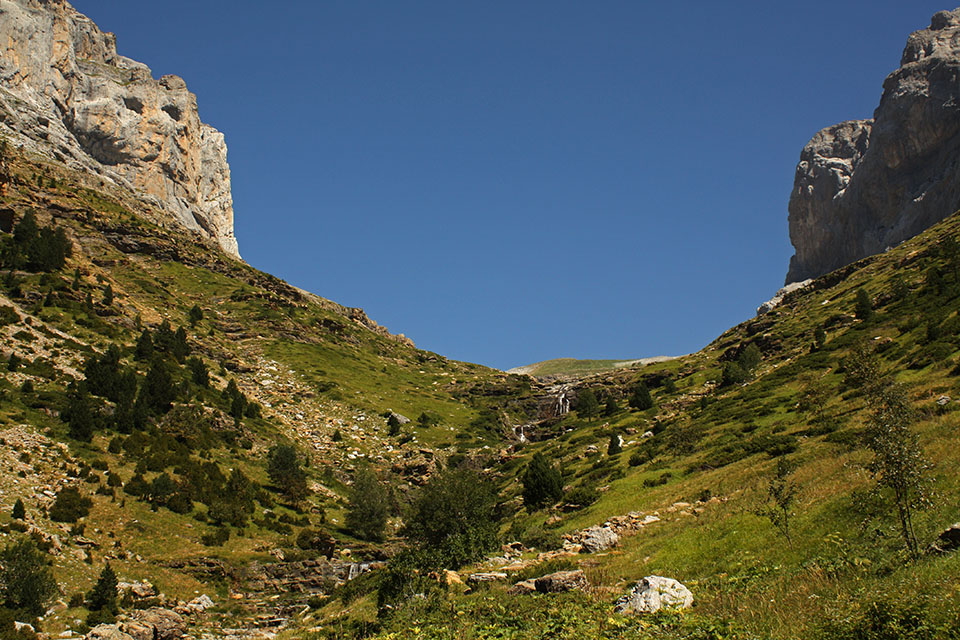 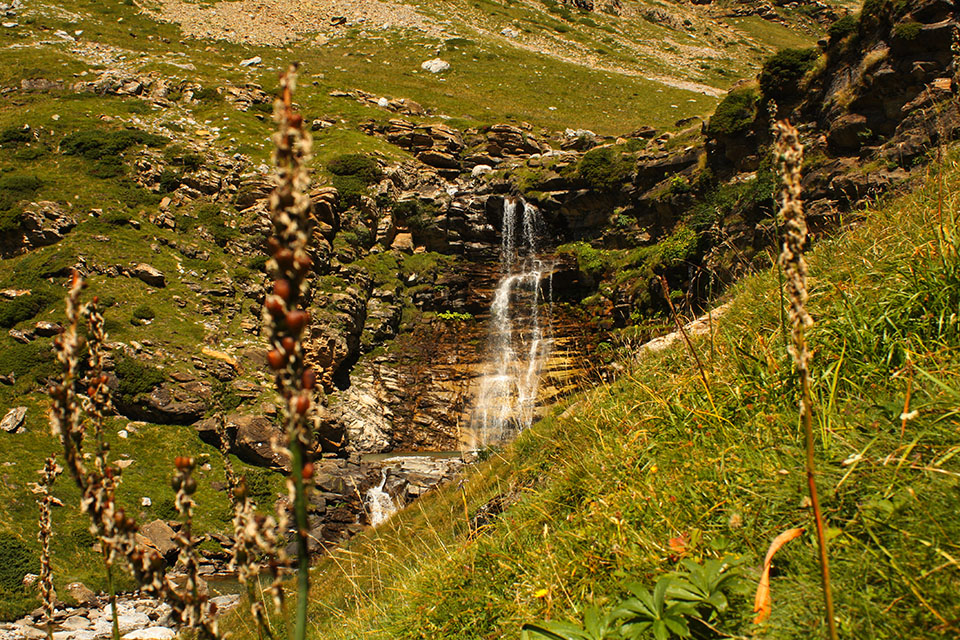 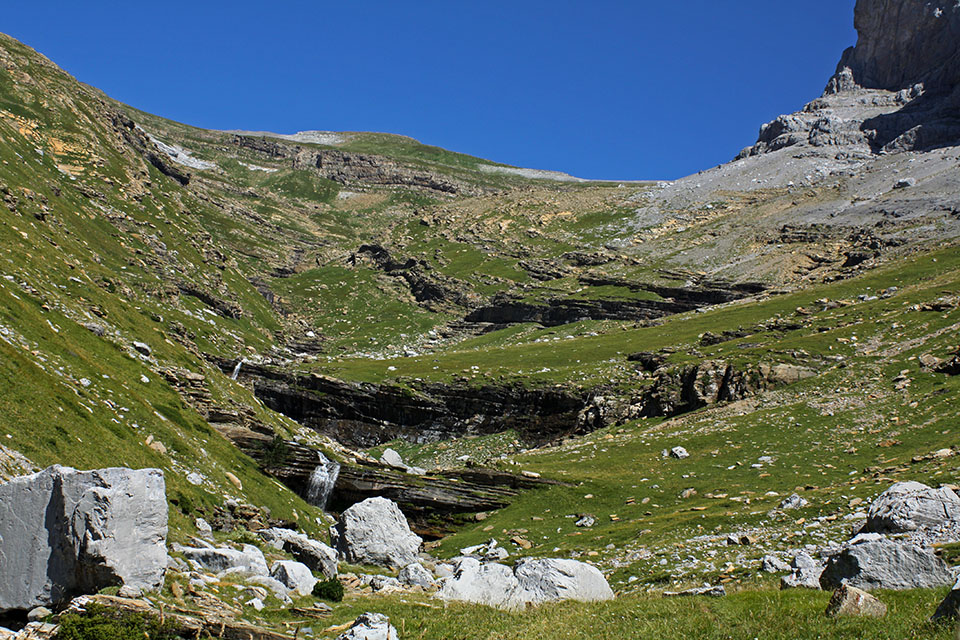 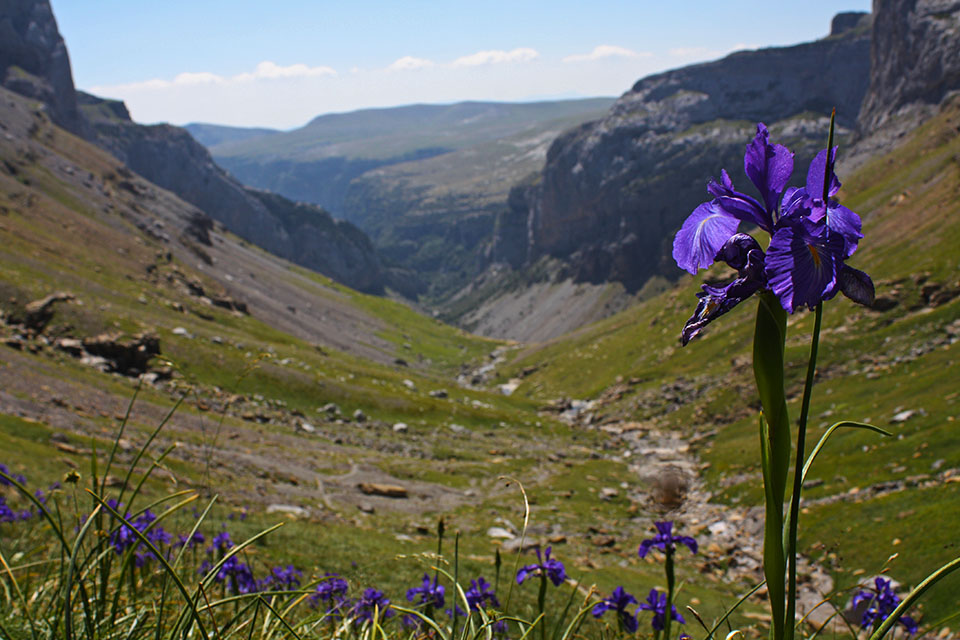 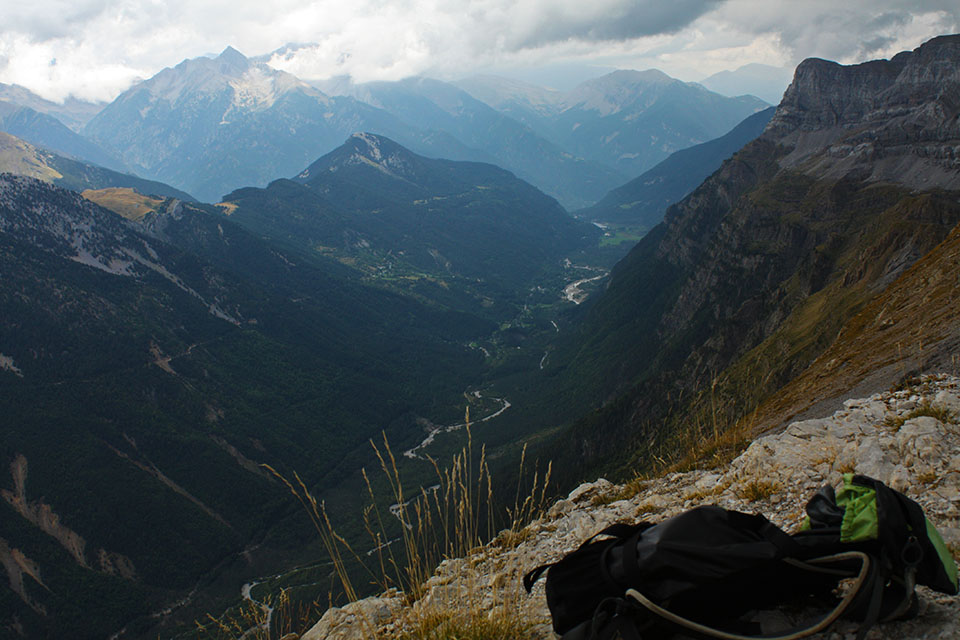 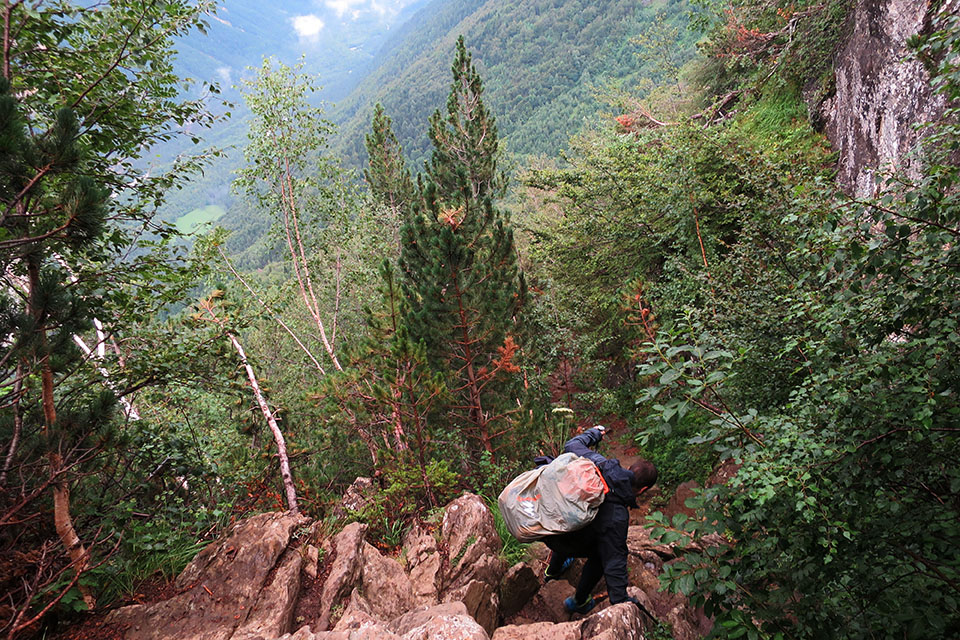 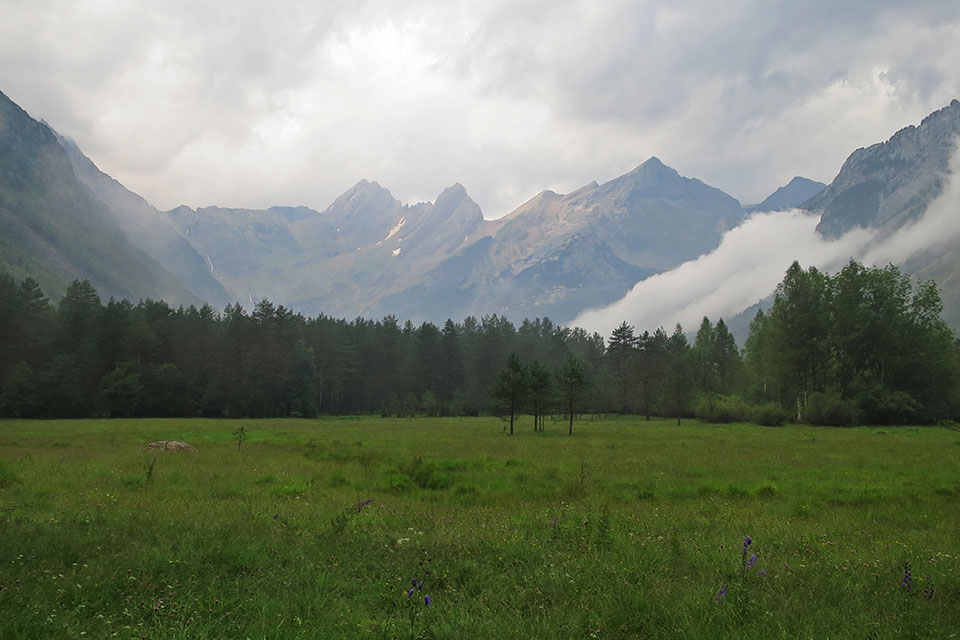 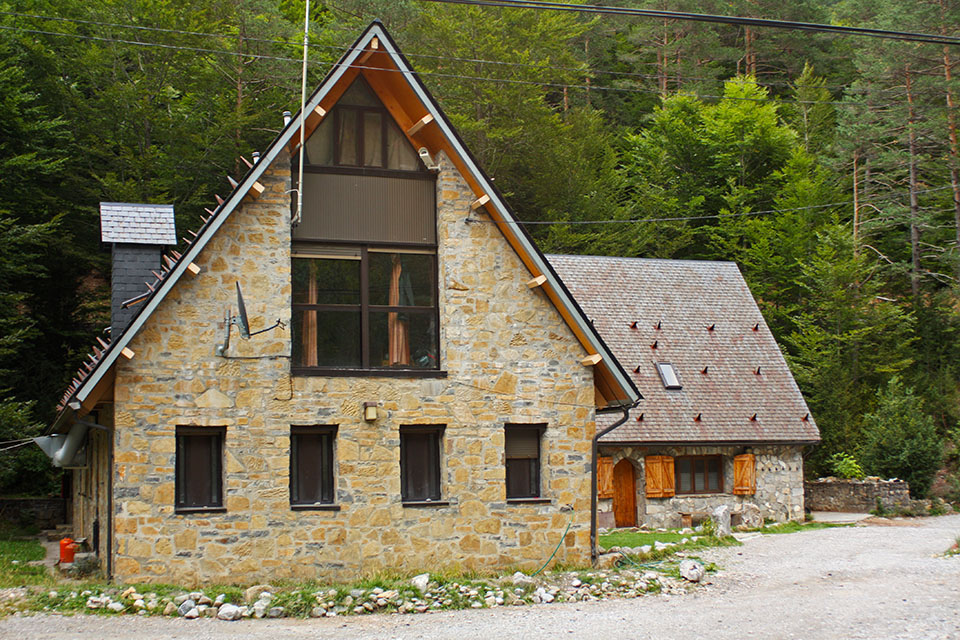 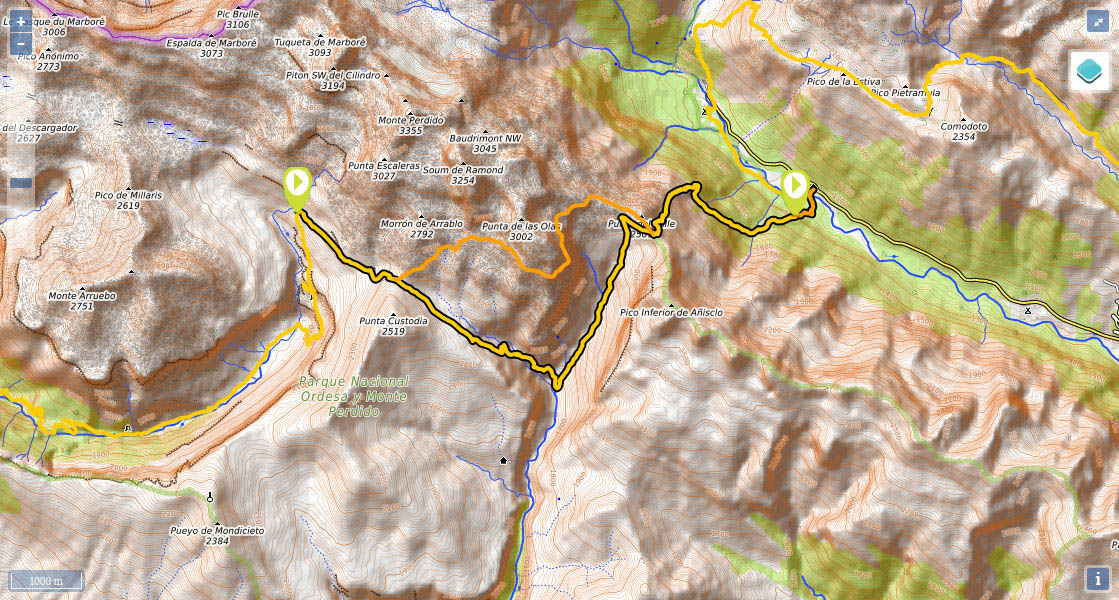 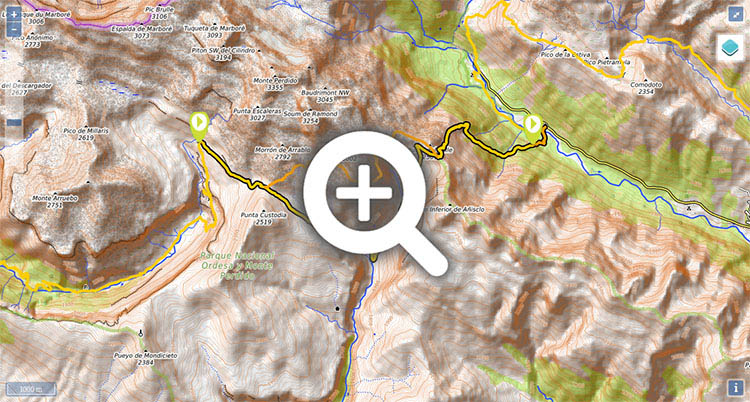